Japanese Society Through the Eyes of Naruse 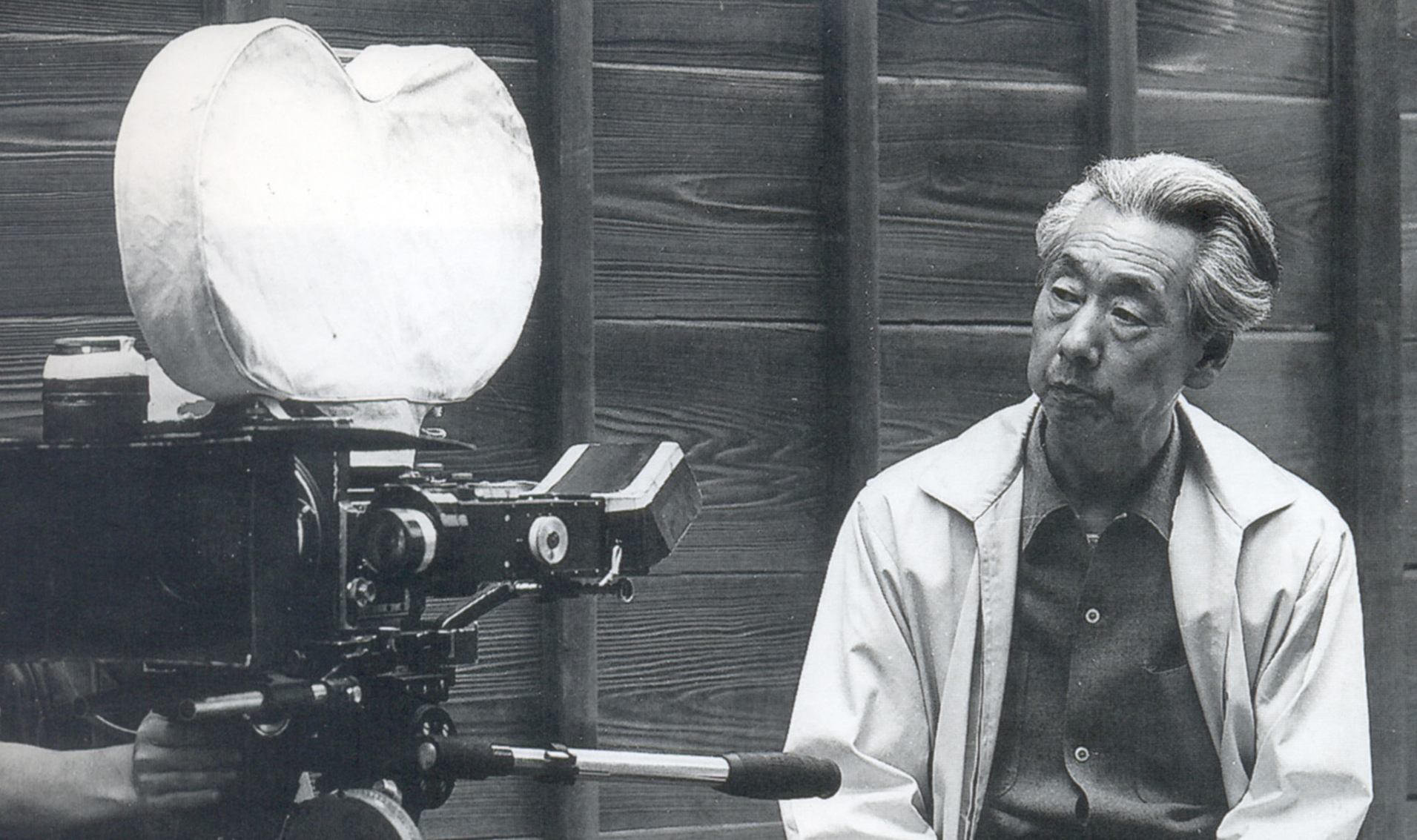 Earlier this year, the first ever Mikio Naruse retrospective took place in The Netherlands. The least well known director of the Japanese big four (the others being Yasujiro Ozu, Kenji Mizoguchi and Akira Kurosawa), attracted crowded houses in the EYE Film museum, Amsterdam. The retrospective included his first existent film, Flunky, Work Hard (1931), his last film Scattered Clouds (1967) and a dozen films in between. This range of films offered therefore not only a rare chance to explore the body of work of Mikio Naruse, but also gave an interesting overview of pre- and postwar Japanese cinema. During the decades, Naruse continued to be a critical observer of society. His films appealed to people who could recognize themselves, and their struggles in his films. Therefore, Naruse’s films give great insight into Japanese society of those decades.

The introduction of sound cinema came slightly late in Japanese cinema. One of the reasons of this delay, in comparison to Western cinema, is the important role of the benshi in silent cinema. The screening of Flunky, Work Hard and Apart From You (1933) offered a rare chance to see a benshi perform. In early silent cinema, the benshi was the narrator who connected often unrelated clips, making it a more coherent program. In later silent cinema, such as these films from Naruse, the benshi enlivened the films by acting as a voice actor.

Both films already contain many themes that are to reappear during Naruse’s career, such as the poverty of the lower classes, the economics of everyday existence, the dysfunctional family, the female perspective, and the life of geishas.

Already from the early days of cinema, Japan had a strong focus on Western cinema. This influence resulted not in obligatory copying of Western styles and techniques, but in incorporating these ideas in a way that fitted with Japanese (film) tradition. A great example is the way German Expressionism is adapted in a Japanese way in A Page of Madness (1928). Western cinema had been popular from the beginning; Yasujiro Ozu once claimed he had seen only Western films when he started directing. Influence didn’t work out the other way around; Japanese cinema only got ‘discovered’ in the West in the early fifties. The first Japanese theatrical release in the US took place in 1937, with Naruses’ Wife! Be Like a Rose! (1935). Although the film met with unfavourable critical response, it is striking how modern and, in some ways, Western this film feels. Especially in the opening shots, in which we see a big city with tall buildings, which could just as well be an American metropole.

But it’s not only the aesthetics that results in this feeling. It is just as well the theme of the adolescent woman of divorced parents, and the way she takes the initiative to bring them together. A very independent woman indeed, and in that way a typical Naruse heroine. Also typical of Naruse is the conclusion; not only does she discover that her parents would in no way fit together, but she also finds out that the new lover of her father, a former geisha, is far from the clichéd shrew you would have expected. Actually, she is a much gentler and compassionate woman than her mother. This reversal of expectations about characters is something to be seen more often in Naruse’s films.

During the Taisho-era (1912 – 1926), political powers shifted in a way that resulted in a more liberal age. This became increasingly oppressed during the militarism-driven 30s. Whereas in the 20s, films with critical reflections on society where quite common, this was no longer possible in the late thirties. The government introduced stronger restrictions on films and censored films when they felt necessary. In 1937 Japan invaded China, an event that also resulted in the rise of so called national policy films; nationalistic films for propagandistic purposes.

The restrictions during the war were now so tight, that it was hardly possible for directors to create films according to their artistic wishes. Even directors such as Mizoguchi and Kurosawa made several national policy films. Nevertheless, there were some ways to work around the restrictions. Adaptations of well-known literature would to some extent escape the censors, just like films starring children, in a way like Iranian cinema. Mizoguchi avoided the demands of present day troubles by making historical drama.

Backstage drama would also offer possibilities to escape restrictions. Naruse made several films of this type, even managing to include some critical references to the national policy and the war. Naruse commented on this era (1935 – 1951), stating that he was simply incapable of turning out a really good film. He would have been suffering from a slow breakup of his marriage with Sachiko Chiba (actress of Wife! Be Like a Rose!). Little is known about this period, as these films are either lost or difficult to get to see (only two films from this era were screened in Amsterdam).

After the defeat of Japan in 1945, the strict regulations made way for new regulations. This time, the American occupier established control over the film industry. Subjects dealing with militarism, nationalism, approval of feudal loyalty etc. were forbidden. A lot of (pre)war films were destroyed. Meanwhile, subjects dealing with the reconstruction of the country as a peaceful nation, celebration of democratic values and individual rights were favoured by the occupier.

These restrictions led to a decrease of historical drama, as these films would usually be deemed ‘feudal’. A famous and often filmed story such as The 47 Ronin, which was filmed by Mizoguchi during wartime, would not pass during this period.

Another effect of the restrictions, was the increase of contemporary drama. A more realistic kind of cinema flourished, a kind of cinema in which the Japanese people recognized themselves. These were often films about poor people, who tried to survive in bombed-out cities. This development meant the ‘comeback’ of Naruse, who would make some of his best films during this period. Repast (1951) seems almost like a Sirkian melodrama, although the milieu is lower class. It deals with a marriage in which the wife feels uncomfortable. She has the feeling that she has given up a part of her own life, for a grumpy man that is the typical poor salary-man. Although the film contains little references to the war, it is clear that circumstances are not favourable. Just like most films of Naruse, there is a great emphasis on the economics of everyday life.

This film is particularly interesting in the fact that it points out the differences between Naruse and Ozu, who was also at a creative peak in his career at this time. Not only the theme seems Ozu-like, the appearance of Setsuko Hara also reminds us of his films. Characters in an Ozu-film often come to a mutual understanding, which transcends the initial conflict. This awareness of the ties that bound people, generations, often feels very traditional, almost Buddhist. Naruse’s films are much more about the way people are directed by their social circumstances, often a struggle for life.

At first sight, the climax of Repast might seem Ozu-like, in the fact that wife accepts husband. The viewer might just as well see an ‘unhappy happy end’ in the tradition of Douglas Sirk: It is hinted that her husband will fall back on the same routines that angered the wife earlier on. The ties between people are usually not that tight as they are in Ozu’s films. The urge to break through social ties, and the impossibility to do so, became more present in his films about the geisha milieu. Films such as Flowing (1956) and Late Chrysanthemums (1954) show a micro cosmos of (mostly) women, and the dependence on each other. In Flowing, when it turns out that the geishas financial problems can only be solved by the contribution of a related man of the houses leader, they seem not as independent from men as they would like. The daughter of the leader is looking for ways to escape this milieu. She fails to do so, just as the other geishas end up continuing the same routines as ever.

Late Chrysanthemums ends similarly. People stick together, or continue in the same loneliness as before, after we have seen a short fragment of their lives. Late Chrysanthemums may be the best constructed film of Naruse, as it reveals the past of four different women and the way it influences their choices in the present. Just like the women in Flowing, they struggle with their independence. One of the women has reached a level of independence through successful business affairs. She has made the other woman dependent on her, as she has borrowed them money. She chooses to avoid tight bonds with other people; she has even chosen a deaf housemaid, so she won’t hear any secrets as she jokingly points out.

In the end it turns out it is only a thin line between independence and loneliness. Whereas she remains alone, two of the other woman, financially less successful, at least have their friendship. It is once again an ambiguous end, characteristic for Naruse: Life continues in rather the same way, problems have not been solved satisfactory and are bound to repeat themselves. But the bond between characters, through an acceptance of each other’s and one’s own weaknesses, might have become stronger.

The Sixties: a New Look at Society

The 50s and 60s saw a new wave of directors, who made increasingly more raw and poignant films, such as Imamura, Ichikawa and Shindo. Films that often reflected on social problems, in a more indirect way than before. These films were more stylized than the rather plain style of directors such as Naruse.

Naruse didn’t alter his style much, although he made the switch to cinemascope and later to technicolor. In Scattered Clouds, his last film, we see the familiar themes, but visually updated. Themes such as the geisha milieu, the poor woman who tries to make her way financially, the impossibility of a healthy relation between man and woman.

But Scattered Clouds lacks the energy and sharpness of the films from the new generation. It is, similar to Repast, a melodrama that reminds us of Douglas Sirk. In some ways charming, but only some ten years too late. It lacks the urgency of his geisha dramas of the 50s.

Scattered Clouds is in a way untypical of Naruse, since he often found his way in turbulent shifts of time. His star rose in the 20s, an era during which critical reflections were still possible. In the 40s, he remained in the background, as a result of the lack of creative freedom directors experienced. The 50s became the golden age of Naruse. His critical observations on society proved to be exactly what the distressed country was looking for. His films of this decade give great insight in the forces behind everyday life of those struggling to survive. As this concerned women especially, Naruse was mostly interested in their lives and their position in society. A theme of continuing interest, even as the male/female balance in society has much improved. His observations on the psychology behind human relations, interaction between people, hung for independence and the struggle of everyday life are indeed timeless.

This Essay Outdoors article was published in July 2017