“Somebody Shit In The Backyard” 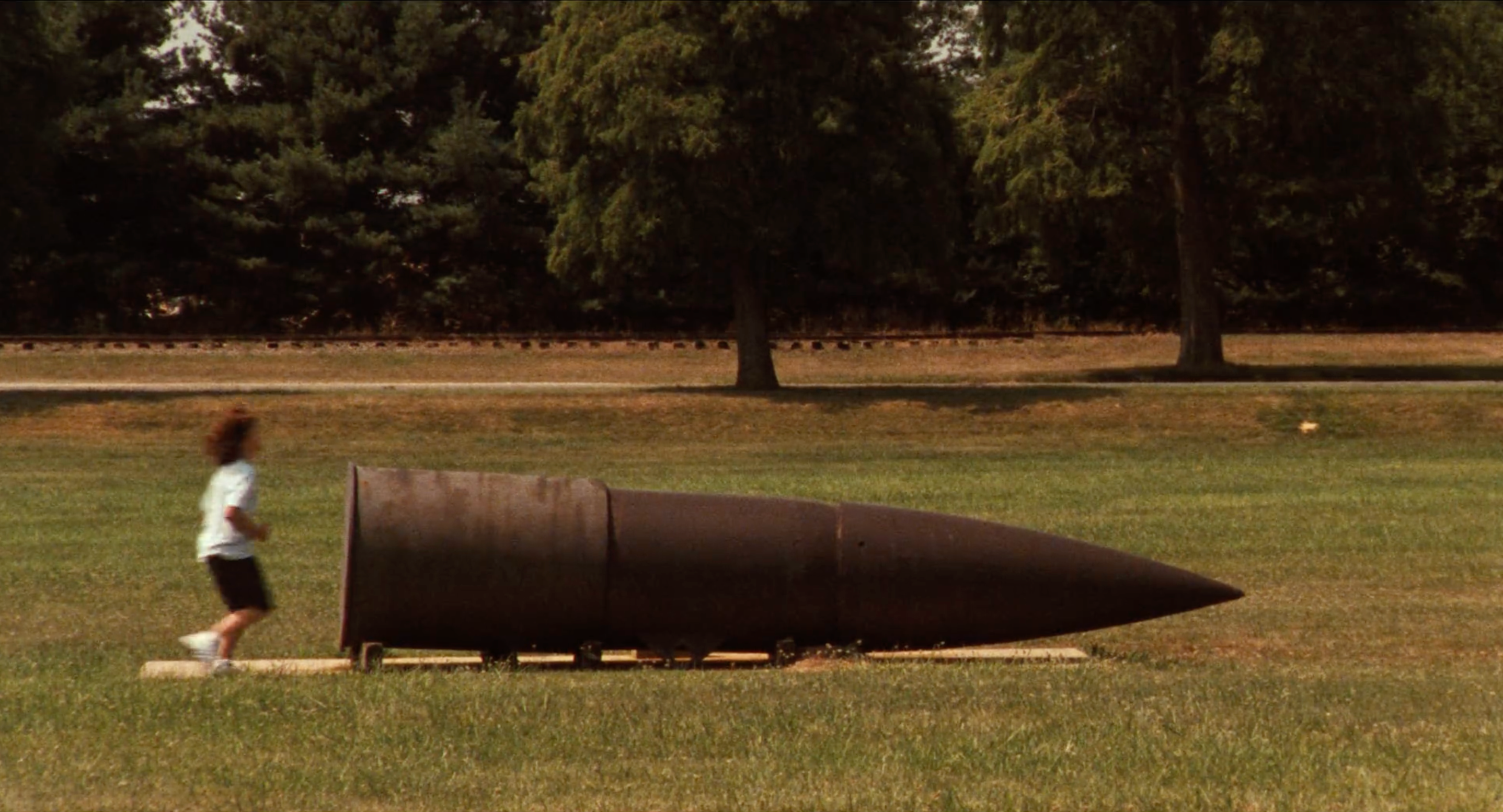 The centre of Andrew T. Betzer’s short John Wayne Hated Horses are two opposing ends — a father whose frustration is taken out in violence towards his environment, and a son whose approach to the world is informed by a genuine curiosity. Both grapple with ideas of masculinity: the father goes about his free time doing seemingly meaningless performances of machismo like lifting weights, drinking beer, setting stuff on fire, moving big stuff around, and so on. Meanwhile, the son plays in a field of abandoned and decaying tanks. After failing to do a pull up from one of their cannons, he instead explores.

“Somebody shit in the backyard,” is the only line spoken in the short, a brief statement from father to son while giving a bath. Although, arguably, it’s not the moment they communicate, that instead comes when they symbolically do, if only to the audience, through their interactions with the son’s toy army men. The father picks them up only to break their limbs off, whereas the son chooses to pose and create tableaus of this masculine pain—one suffers, the other reflects, one breaks, the other builds. The father doesn’t think of what may be causing his violence and merely acts out of instinct; if he feels like hitting a car with a branch, he’s going to hit a car with a branch, whether or not it’s going to cure his boredom or frustration.

Betzer has often been compared to Harmony Korine, especially after his debut feature Young Bodies Heal Quickly (2014), although this comparison falls apart when looking at thematic interests instead of just that they are interested in film what city slickers would consider “white trash.” Betzer’s inspirations more likely come from south of the border where filmmakers like Carlos Reygadas and Lisandro Alonso take isolated figures and explore the way that they interact with their spaces, and how those spaces have attempted to shape them. John Wayne Hated Horses would be a perfect “short and a feature” with Alonso’s La libertad (2001), a film following an Argentine woodsman through a day in his monotonous, lonely life.

The short, and the rest of Betzer’s filmography, exist in a space not necessarily running with but parallel to trends in American independent cinema. Shot on film by Sean Price Williams, who would later rise to fame working with indie darlings like Alex Ross Perry and the Safdie brothers, the look of the movie again follows trends closer to world arthouse cinema with its adapt framing of characters whose space they inhabit is as revealing as the texture of their faces, as opposed to the more popular post-mumblecore trend of achieving a type of realism through dialogue and character interaction. Here in Betzer’s short is a kind of American cinema as little explored as the characters he hones his camera on.

This Shorts article was published in September 2019