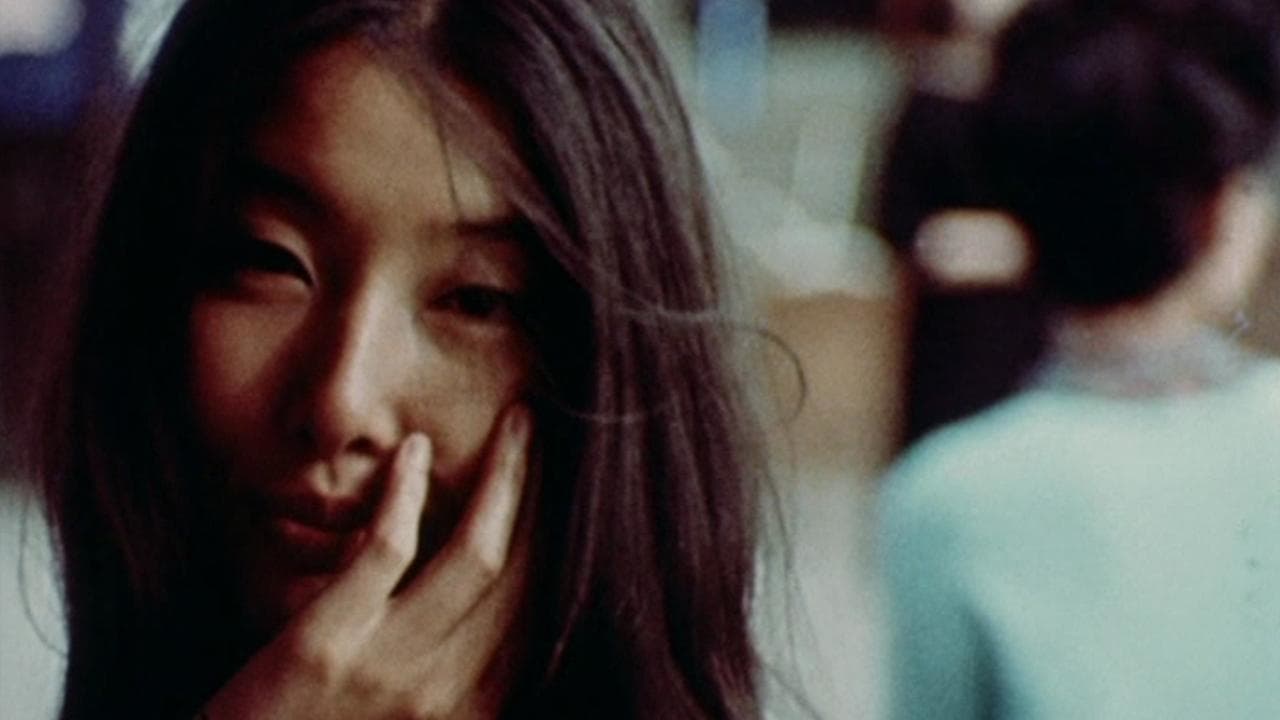 Summer is undoubtedly the best time of year to watch a Chris Marker film. Noise, light, and colour are his speciality. You can stay inside the cool refuge of your apartment, or in an air-conditioned cinema, and watch the hustle and bustle of the sunny season happening in front of your eyes. With Marker, you can travel without having to take a plane; his films are so realistic that it sometimes feels like you could slide into one of his films and see the city through your own eyes.

The Koumiko Mystery (1967) was released just a few years after his much beloved short, La Jetee (1962), which was set in science-fiction modern-day Paris. Here, Marker brings us Tokyo in the summer of 1964. Originally he went there to document the Olympic games, but ended up documenting the life of a woman from Tokyo who he meets at the games. We are introduced to her as a spectator in the crowd – all men, except for her. Her very oval, pale face, framed with long black hair, stands out against the crowd of shouting men. Her mouth delicately expresses surprise or eagerness in support of the tall sprinters on the track below. Her name is Koumiko Murakova, and the film is Marker’s lyrical tribute to her.

She is introduced as a Francophile, an admirer of novelist Jean Giraudoux and film-maker François Truffaut. She is studying French and speaks that language in a kind of a hushed whisper that’s at once excitable and full of errors. At the beginning, Marker explains his encounter with Koumiko through a voice-over, but instead of telling us much about her life, or why, having grown up in Manchuria, she is living in Japan, he interviews her about what she is thinking. A famous quote from Giradoux concerns the time spent “saying all those sweet nothings which are not worth the effort of saying, but which are worth being heard”. This film is a testimony to Giradoux’s words. The lack of plot and the candour of her words – he asks her “is your head full of thoughts or empty” and she explains how it’s both at the same time – are sweet nothings that are really rather worth hearing just for the joy of watching this meandering, visually rich film.

At only 46 minutes, the film is essentially a documentary about a crush. Marker has a crush on a woman – she’s beautiful and charming, and clearly loves being the centre of attention. She teasingly ducks behind lampposts and tilts her head from side to side – or relishes being filmed while watching street performance: wide-eyed and lovely. But it’s also about a crush on a city, the way one can develop a crush on a place one finds fascinating but mysterious at the same time. He uses Koumiko as his guide to this first contact with a city that of which we will see a lot more in years to come, especially in his famous documentary Sans Soleil (1983). This film marks the first seeds of Marker’s enthralment with Japan. Its people, it’s street markets, but most of all its footsteps – the way the crowds cross the road, often in unison, looking straight ahead. Sometimes it is raining, but as in all Marker’s films – the weather is absolutely perfect.

The Koumiko Mystery is streaming for free this week at Le Cinema Club.

This Essay article was published in June 2019