“Luminous pain, which unfolds as rhythm”: A Short Exchange on Limite and its Limitlessness. 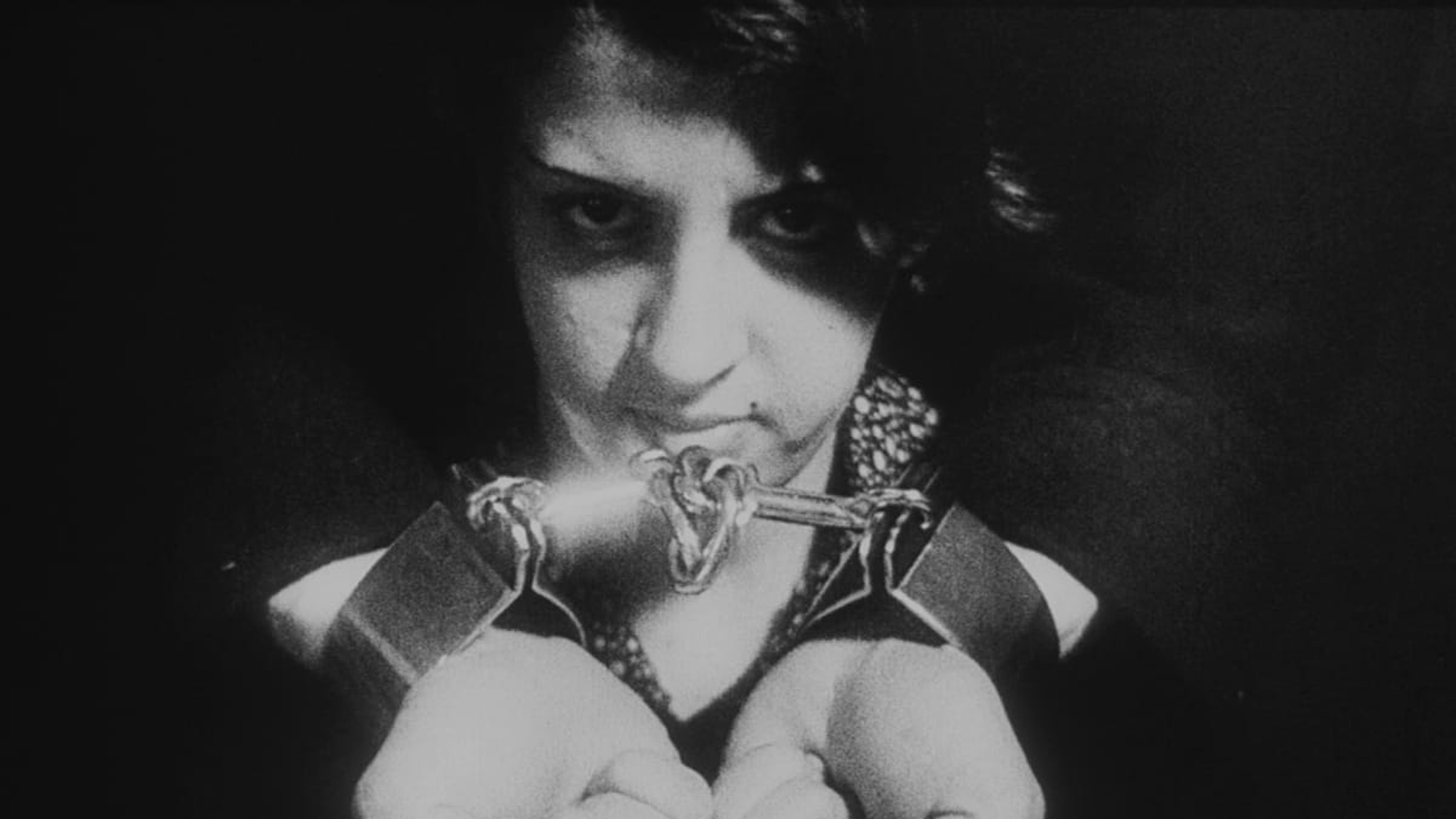 Limite (1931), the one and only film signed by director and impresario Mário Peixoto, is currently screening online as part of the IFFR Unleashed 50/50 programme. Maximilien Luc Proctor and Ruairí McCann have taken this chance to discuss this unusual film; its quixotic path to restoration, the position it occupies within the history of Brazilian cinema and its highly unique and prophetic form.

Ruairí: I have been of many minds, in regards to where exactly we should start. You feel both spoiled for choice and under duress when trying to suss out a work of art with an extra- and intertextuality as rich as Limite’s. There is its status as the only brainchild of its director, writer, producer, and actor, Mário Peixoto. In the absence of a future career in moving images, and alongside work in prose and poetry, he consciously spruced up the mythos that have naturally grown out and around this film’s long history of existing more on paper and hearsay than as a projectable film.

It also holds the considerable weight of being a foundational film of an entire national cinema. For instance, it was chosen as the namesake for the non-profit programming outfit CineLimite, who have been offering many extraordinary ways into Brazil’s cinema history this past year and change, a time during which that body of work is in serious jeopardy. A profound choice not only given Peixoto’s film’s relatively close proximity to its country’s cinema year zero, but because it too almost met its permanent end at the hands of gross, dictatorial power.

Then there is what could be drawn from watching the film itself. It is a rather simple conceit, two women and a man stranded on a boat in the middle of the ocean. The root of an epic of proto-modernist poesy a la Coleridge or shaggy-dog story. This film has elements of both. Its scenario is also a very Beckettian one, or like an Ionesco play, and that remarkable scene in the cinema, where everyone is grotesquely guffawing at a Chaplin short, reminded me of how Beckett drew as much from Chaplin, Laurel and Hardy and other, not yet culturally canonised, cinematic influences, as much as he did from established literature and theatre.

Out of this scenario, Peixoto draws and winds many dense and mysterious extrapolations, as he intercuts three different flashback ‘narratives’, showing the background of each of these dejected souls. The style he chooses to render all of this in is extraordinarily cine-literate. A unique amalgamation of the bleeding edge, callbacks to the then short but incredibly potent history of cinema, and many of Peixoto’s own alterations and mutations prophetic of what came down the road, in avant-garde cinema and then beyond.

I have stalled long enough. Maybe we can go forward by looking at the object rather than around it. I mean that semi-literally, since what struck me especially this time around was the cinematography. There’s next to no plopping the camera down at eye level on a clearly delineated axis. Instead the perspective is almost always either hovering above and looking down at its subjects, snaking along the ground or peering up at impossible angles.

Whenever the camera suddenly, sharply jolts away mid-scene to take another course or fixate on a strange detail, I have Peixoto’s youth and bravura in mind. There’s an excited “I can do whatever I want” rush that seems to wash over the film in these moments, but there are also underlying and overarching aims to these paroxysms. We can’t rest on our laurels assuming that this kino eye is a simple stand in for this character or that, or Peixoto’s or ours. It’s variable, not fixed, or perhaps such a query is the wrong hypothesis altogether.

His camera work (I should say theirs, to give the credit due to the DP, Edgar Brasil) can be very pointedly expressive, and not just in this punk-dandy’s determination of sticking to no code, over maintaining a conventional one. I’m thinking of the early scene where we see one of the women, the escaped prisoner, working a stultifying job as a dressmaker. Bored out of her skull, she starts to gaze at different tools of her trade, buttons, stitches and the like. Peixoto cuts to enormous close-ups of these details. The way these shots linger, portraying tiny objects as suffocatingly huge for an inordinate amount of time, sent a shiver up my spine. It was like looking at blown-up visualisations of microbiology. It’s that Sartrean idea at play, of everyday fixtures suddenly rendered uncanny under the intensely depersonalising aura of emotional alienation, but also Peixoto is unilaterally keen on endowing the natural or otherwise material and inanimate world, with as much focus as his human subjects. I’m thinking of a moment of great tension on the boat, where equal screen-time is given to scrutinising an old iron pail as to the combatants in this three-way staring match.

Max: From that opening title which jumps out at us, dripping with fear, you’re right that there is a stylistic bombast not yet tethered down by the composure of growing older. The second shot channels this energy into the unforgettable image of hands cuffed in front of the face of the female protagonist (I guess she is ‘mulher 1’). This crossfades into a close-up of her eyes which crossfades to the glistening of sunlight on the ocean. It is a sublime sequence, soundtracked by an orchestra emulating the lulling comfort and ever-present threat of being out to sea.

And yes, in this no-holds-barred approach, there is a blending of the visual language of the surrealists (still just starting to kick things off at the time of Limite’s 1931 release) with the wild and uncalculated camera throws which would be right at home in the new-found freedoms of filmmaking on various continents a couple decades later in the 1960s. And as a side effect of the poor state any existing copies seem to be in, there are frequent intrusions on the horizontal frame edges which remind us of the decay of the physical medium which houses this work, and which would also be at home in an exhibit of experimental films deliberately focused on engaging with this materiality and its unique ‘defects’. That’s not to say that Limite is a flexible film by any means, only that even its accidental qualities further the work’s ‘kitchen sink’ sensibility.

In its freewheeling cinematography I was perhaps most struck by a sequence about half an hour in, which kicks off with the static observation of a fish gill taking its last breaths. It’s a cruel shot, and one which is very much at home in the early decades of a medium which infamously documented the electrocution of an elephant. Several shots after this sobering moment, we observe a water spigot: first from a steady and calculated distance, then — without cutting — the camera is lifted and thrust forward into a handheld close-up of the water flowing, losing focus in the process. We cut from the spigot to a shot of a street turned sideways, so that the building’s closed windows and open doorways sit near the bottom of the frame, looking upward. We then watch a woman washing clothes at another spigot, only for the camera to crudely and rapidly pan left to observe chickens and cut back to a triple loop of the original handheld run up to the original spigot. After another static shot, we are treated to another loop of this shot, but this time with five iterations. It is this bizarre and anything-but-smooth amalgam of styles which sets Limite apart from other titles of its era and right alongside other pioneering classics of its time.