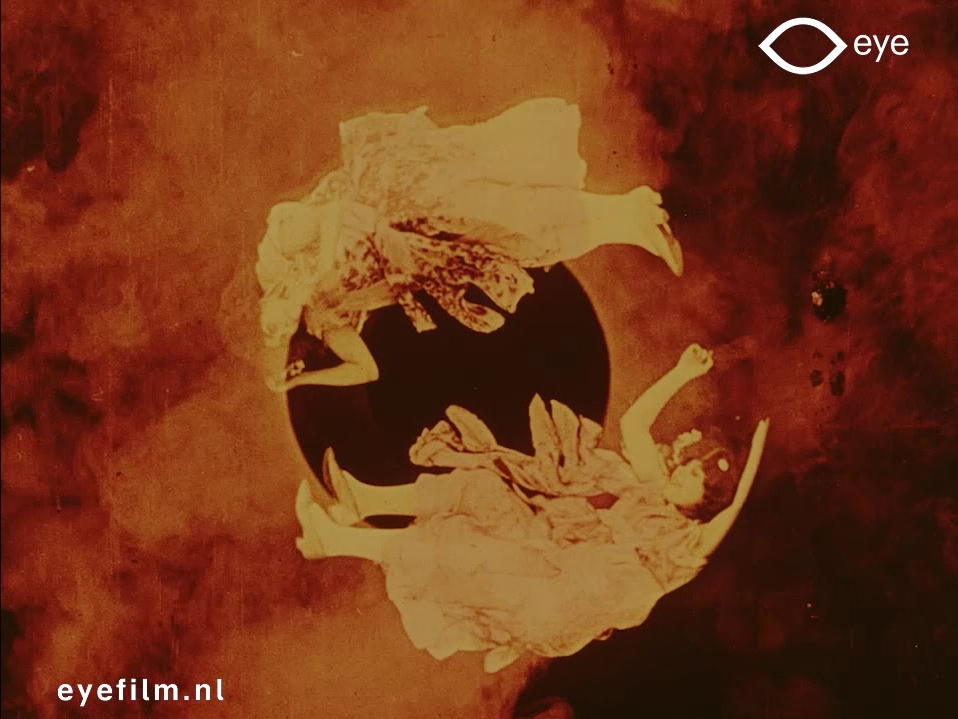 Rarely does anything beat grabbing a camera and shooting pictures. In a prolific career Spanish director, cinematographer and special effects designer Segundo de Chomón did just that at the start of the twentieth century. During his most productive years, he created countless shorts as a gun for hire for the Pathé Frères company before a last hurrah as the special effects designer of the epic Napoléon vu par Abel Gance (1927).

Often compared to another famous director of the era, Georges Méliès, his work does stand on its own. A prime example of how an official canon rarely captures the actual historical dynamic. While Le voyage sur Jupiter (1909) is indeed a copycat attempt of Le voyage dans la lune (1902) with diminishing returns, de Chomóns oeuvre is a treasure trove of curiosities. At their best, his shorts cheer the wonder of life in a madcap manner.

They shun narrative in favour of showing off special effects as per the early cinematic tradition of the trick film. Overbearing carton trees and pillars close in on the actors skipping around the centre of the screen. Their hijinks culminate in bows or deliberate stares at the camera, full well knowing the audience holds their breath for the giant face in Les tulipes (1907) or the ladies jumping out of huge cocoons in Le charmeur (1906).

These overt displays of appraising the technological marvels are distractions that make the sophisticated play with the audience’s attention go unnoticed. The camera may be static, but those it captures are far from effigies. Actors swirl around the screen and the eyes can’t but follow their every corporeal movement as they jump up and down or gesticulate at those they meet with careful timing.

The fast pace of the corporeal movement does have a droll quality to it, the limbs awkwardly jerking. Perhaps the demands of the Pathé production line were even more frantic than the impatient anticipation of the next stunning effect. Yet precisely in this shoddy execution of the choreography lies a spirit of effervescence.

Le roi des dollars (1905) starts off as a mundane magic trick but hilarity ensues when a face pops up to guzzle all the disappearing coins. In its clumsy nonchalance, it demystifies coinage more than Ali Baba et les quarante voleurs (1907), de Chomóns narrative excursion adapting a classic tale of greed. The demands of story restrict all the usual exuberance with functional mise-en-scène and cuts.

It’s in the funfair fodder that de Chomón shows heart. The frantic exhibitions of special effects are a grand celebration of wonder. One marvels not myopically at the technical prowess on screen, but the fathomless possibilities of life lived second by second. The craziness of Le rêve des marmitons (1908) excels particularly when a loose hand messes around with unsuspecting sleepers. In the late Physique Diabolique (1912) a passive devil, at last, unleashes an art nouveau hell of splendour. These make de Chomón one of those unsung heroes to whom history should have been more kind.

If you’d like to see more after viewing the above embedded videos, the Eye Filmmuseum has put a large selection of De Chomón’s work online in this Youtube playlist.

This Shorts article was published in April 2020