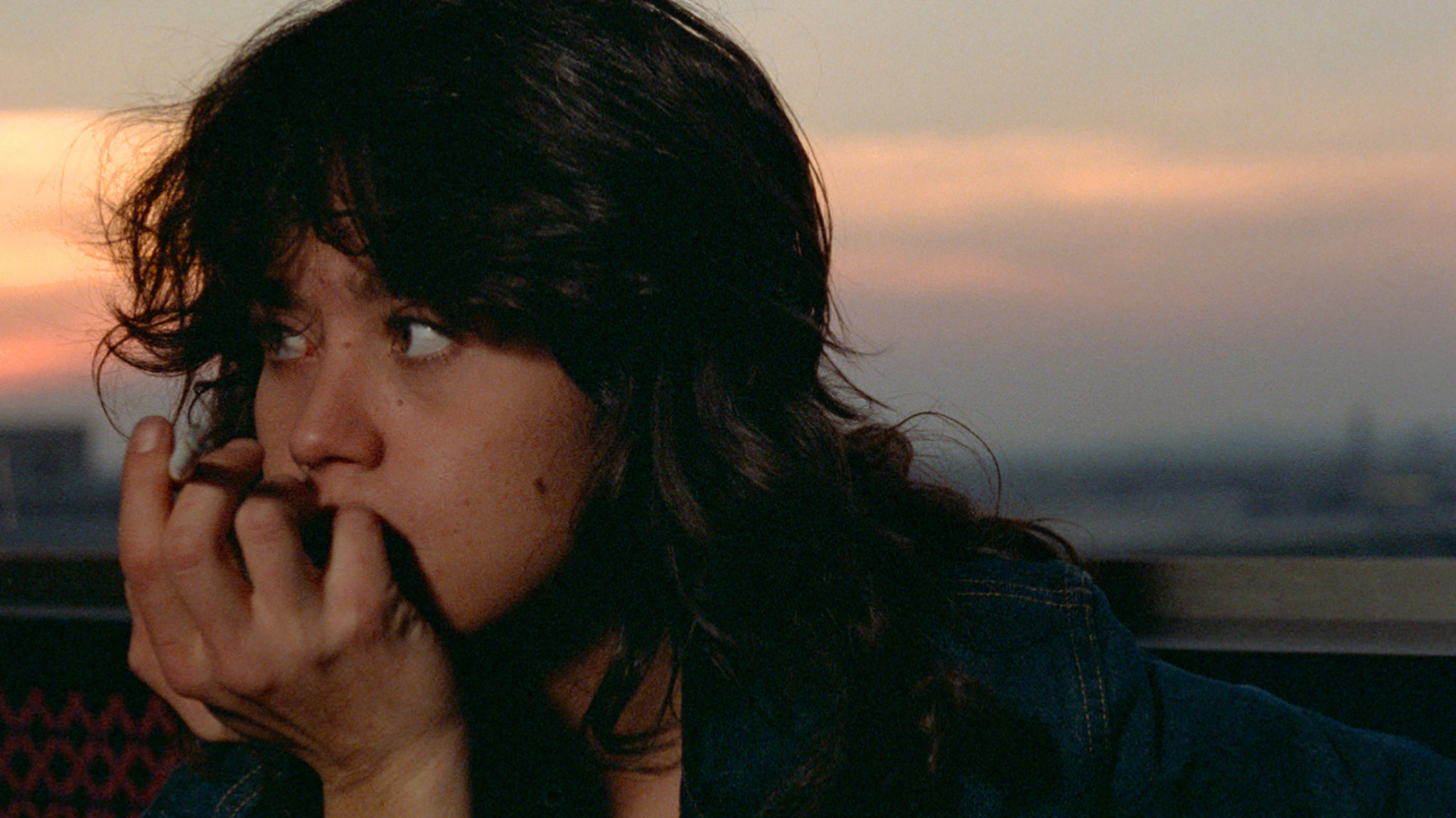 As much as close collaboration with actors, heavy improvisation, and narrative gamesmanship, the use of music inexorably marks the cinema of Jacques Rivette. Starting with his feature debut Paris Belongs to Us (1961), which featured an on-screen guitar player providing a pointed counterpoint to a somber party, Rivette frequently used music not merely to set a mood or to liven up a dull scene, but as a structuring device, a means of evoking character psychology, or even a method of shattering the already hazy reality of his films. A scene in L’Amour fou (1969) where Claire, cooped up in her apartment, begins making improvised musique concrète by recording random radio sounds and environmental noises, seems instructive in this regard, as does the mélange of noises that occur over the course of Out 1 (1971): the iconic drums that drive the Seven Against Thebes troupe’s calisthenic warm-ups, yes, but also Colin’s (Jean-Pierre Léaud) exaggerated harmonica blowing, and even the Prometheus Bound troupe’s shouts, cries, and hums.

Rivette would take this tendency even further later in his late 70s turn to fantasy, with Duelle (une quarantaine) (1976) and Noroît (une vengeance) (1976), each of which has a more consistent and present score than either Out 1 or Céline and Julie Go Boating (1974), which only include bursts of stagebound musical moments. Both Duelle and Noroît deploy an uncanny effect, placing musicians — a pianist and an experimental trio, respectively — in the background of many scenes, improvising a live score without acknowledgment from the characters in the diegesis of the films. Music thus becomes both an aural and a visual textural element in Rivette’s films, one which waxes and wanes in terms of its perceived narrative pertinence in a way that only further upsets the viewer’s sense of equilibrium.

After a nervous breakdown that caused him to abandon the tetralogy of mythological films that Duelle and Noroît initially belonged to, Rivette’s belated follow-up came in the form of Merry-Go-Round (1981), an abstruse mystery centring on Ben (Warhol superstar Joe Dallesandro) and Léo (The Passenger’sMaria Schneider). Though hampered by a necessary reliance on English dialogue and an unproductively byzantine narrative scheme surrounding the acquisition of four million dollars, the film does contain perhaps Rivette’s most fascinating deployment of music. While not part of the aforementioned tetralogy, the film also contains an improvised score, albeit in starkly different conditions. Before introducing any characters, it opens with the two musicians, double bassist Barre Phillips and bass clarinetist John Surman, who stand across from each other in a darkly lit studio. As they begin playing, Rivette intercuts footage of their improvisations with the opening credits, before cutting to Ben’s arrival in France and his journey to the hotel where the plot properly begins.

Although the musicians never leave the space, Rivette ensures that their presence is, if not constant, then always apparent. During the course of Merry-Go-Round, there are exactly 17 moments when music is used, totalling about 26 minutes of the 160-minute film, with no sequence of music exceeding two and a half minutes. Hardly a wall-to-wall score, but it is the moments in which Rivette deploys the music, and the specific timbre of the playing, that distinguishes it. With two exceptions, in which the playing nearly drowns out the dialogue, all of the music is used in sequences in which nothing of narrative consequence takes place, predominantly scenes of travel, which Rivette mostly shoots without showing the main characters, instead opting for a vehicular perspective of the road and passing cars.

Moreover, the pacing of these uses is irregular, in keeping with the loping, often slack nature of the plot development. Almost a third of the moments come in the first 30 minutes of the film, while there is a full half hour (from an hour and 27 minutes into the film to close to the two-hour mark) where there are no musical interludes. That sequence is perhaps the pivotal stretch upon which Merry-Go-Round rests, transforming from a hangout with Ben and Léo to an unveiling of secrets that tears them apart for the rest of the film. Though there are breaks, moving from night to day several times, Rivette chooses not to introduce another visual element into the sequence.

Indeed, Merry-Go-Round is a film teeming with such intrusions into its narrative. Along with the musicians’ interludes, the foremost example is perhaps the film’s most daring gambit: an entire parallel narrative involving two separate chases between Léo — here played by Rivette regular Hermine Karagheuz, who bears a marked resemblance to Schneider and who replaced her after difficulties on set — and Ben, who is chased through a forest and in turn chases Léo across a desert, as various unexpected elements appear along the way: a pack of dogs, a shotgun, and even a knight on horseback. These sequences are far more prevalent than the musical interludes, and are more grounded in the characters’ psychologies, often popping up at moments of great stress for each of the main characters, but they form a similar corollary effect for the viewer as the score, jolting them from a baseline engagement with the odd, unstable dynamics between Léo and Ben into other considerations entirely.

In this light, the twinned nature of their dynamic, itself rare in Rivette’s career aside from Céline and Julie (the relationships between the lead female characters in Duelle and Noroît are openly antagonistic), finds its match in the bass clarinet and the bass. Without attempting to over-ascribe attributes to the instruments, Ben is generally in the more forthrightly proactive role through much of the film, and in doing so he is more closely identified with the bass clarinet, which is generally higher in the mix and plays more freely, while Léo is more akin to the double bass and the foundation it represents. It’s likely no accident that the three times the double bass takes centre stage all feature Léo’s actions: a scene of her exploring her house while Ben has been incapacitated by a thug; a scene where she rejects Ben’s advances, which only features the playing of the double bass; and in the last instance of music before the end credits, just after she has taken violent action against the nebulous forces that had entrapped her. On the flip side, the one instance where there is only audible bass clarinet is the first moment of music after the two have separated and Ben is riding alone on his motorcycle; it is also the only time that the music is largely buried in the mix.

All of this might feel incidental if the actual playing were merely perfunctory, but in every instance, it achieves a startling dynamism that greatly enhances the mystery of Merry-Go-Round. Though shifting through a variety of playing styles that establish a different texture, there is a great unity to the playing that the film otherwise lacks at times, in no small part due to the similar pitch level for the instruments; while the bass clarinet may frequently venture into the upper registers, the low range of both instruments ensures that they both can serve as bassline and melody. Indeed, despite Merry-Go-Round’s weaknesses as narrative, that sense of mutability and unpredictability encapsulated by the music is close to the spirit that animates Rivette’s filmmaking, in the most successful aspects of Merry-Go-Round and in his body of work in general. Through the vessel of music, that spirit finds its perfect expression.