Navigating Chaos: El Father Plays Himself and the Making Of 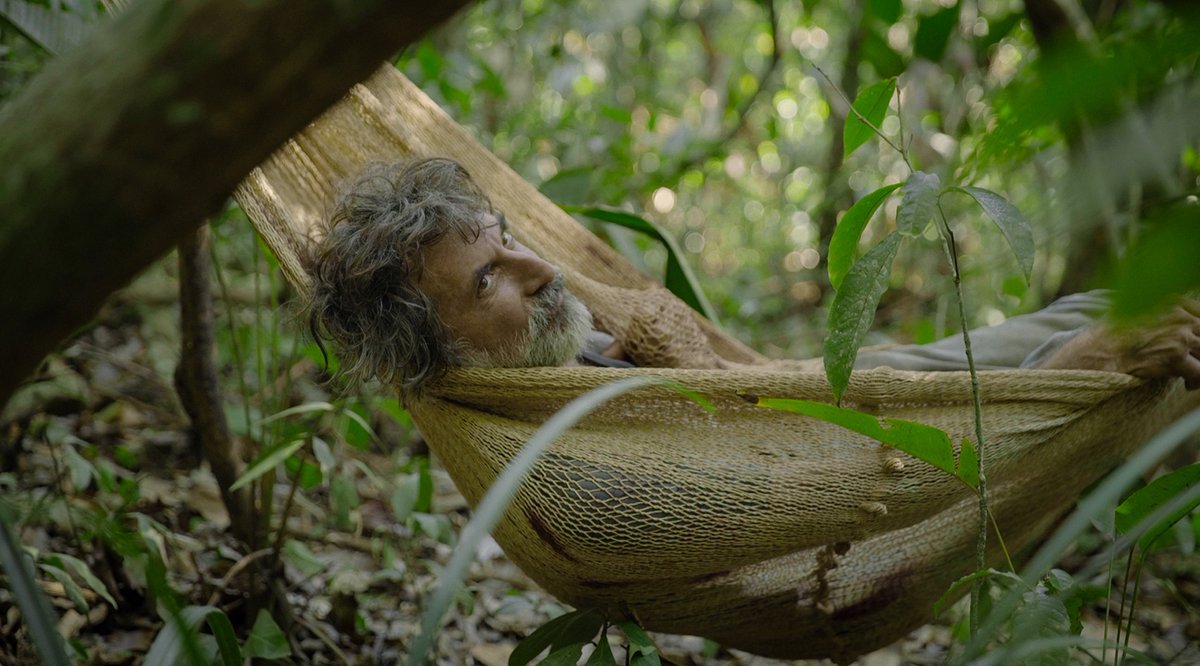 I miss special features. Even when they seem to making a resurgence, the films that get the DVD Extra treatment in a post-DVD era have the budgets for them. And they are not made to posit the production with some critical questions or to enlighten us with the reality of filmmaking. These special features exist to market that which is already there, whilst giving the fan an illusion of peeking behind the curtain. As with most things with bloated budgets, there’s no room for personality. Personality is something outspoken, something that can not be entirely controlled. Chaos.

The Director and the Jedi (2018), which details the making of The Last Jedi (2017), often mentions how Rian Johnson’s and Mark Hamill’s individual visions for the Luke Skywalker character don’t align. But how much of that is actually reflexive? Regardless of the film’s quality: is it truly critical, or is it the same as hanging up some curtains made of tension? And I’m not saying every making of documentary should feature David Lynch loudly lamenting production constraints either. Aggressive behaviour is also not the same as reflexivity. It’s in the way in which it is utilised. The resulting film is already the romanticised version of what happened on set, so whatever peek is given behind the scenes should honestly reflect on the creative process rather than an explanation of how the end result came to be.

Very early on we’re introduced to the extent of Roque’s alcoholism when, to calm his nerves, Armand lets his father take a few sips from a stashed away bottle of rum. These sips lead to many more, until Roque explodes into a drunken fury, claiming his contract is out to to get him, even when it’s clearly not. A producer then advises Armand against making the film the way he intended, to which Armand responds: “He’s my film.” And so, once Roque finds his centre, production continues.

Roque’s episodes of martyrdom during heavy intoxication come and go like the relentless fury of pounding waves. These episodes render Armand’s insistence on having his father be drunk during the scenes in which the protagonist is written to be drunk borderline irresponsible. Roque is not an actor and a non-actor acting drunk wouldn’t look believable, is his reasoning.

Hearts of Darkness: A Filmmaker’s Apocalypse

At times it echoes the making of Apocalypse Now (1979), which was captured in Hearts of Darkness: A Filmmaker’s Apocalypse (1991). The latter does not immediately romanticise the harrowing production of the former, but the focus on the macro rather diminishes its intended impact. It functions as a showcase for the production: a collection of crazy stories resulting in what is now considered a classic. With that angle, Hearts of Darkness perpetuates a filmmaking ideal in which the production is holy and that everything goes, even when it’s detrimental to the health of cast and crew alike. This is in turn romanticised by film students: if the result is a classic, why not? Well, art can be made while suffering, but the amount of suffering does not guarantee the quality of art. Plus, it’s quite narcissistic to drag everyone through hell for the sake of Your Art.

This is not the case for the production of La Fortaleza, even when suffering is seen as a necessary element to properly convey Roque’s jungle adventure. It is then through Scarpelli’s lens that we see how all the people act responsibly and empathetically. Whenever Roque falls into a void, Armand does not simply jump after him, but tries to navigate through the episode to the best of his abilities. If the director gets lost, the crew is there to catch him. Meanwhile, everyone constantly checks in with each other. Every decision is made after consent is given by each party involved. They might even want to lessen the impact, by watering down the rum (which Roque immediately notices).

There are few things as difficult as making a coherent fly-on-the-wall-style documentary. Even if there’s a clear narrative to whatever it is you’re filming, such as a film production with a clear beginning and end, you’re still fully dependent on what you’re able to capture in the moment. You need to be constantly ‘on’, focusing on your surroundings, trying to keep a million little details in the back of your head that could be potential storylines or character beats. If you film one thing, you can’t film the other. All you can do is make sure that you’re there at the right moment and that whatever it is that you’re trying to capture, is in focus.

Scarpelli’s eye is never intrusive, always empathetic, yet it never feels as if she’s holding back, as if she’s missing anything. Her glass lovingly captures the troubled father and how much it troubles the son. She could’ve so easily gotten swallowed up by the tumultuous production, could’ve seen the film slip through her fingers, yet she moves through it with confidence, never shocked by the true face of this terrible illness and never trying to exploit it for her own gain. And all the while Scarpelli never loses sight of her theme: father and son wander through their jungle not to dwell, but emerge from it.

The best type of documentaries don’t make you feel like a voyeur, they don’t just try to shower you with one crazy story after another, they don’t try to wow you to hide a lack of empathy, but they make you privy to something people were willing to share and frame that with understanding. And the fact that Scarpelli pulled this off during an emotional tornado is a testament to her craft as a filmmaker.

This Essay article was published in May 2020