No Shortage Of Quality 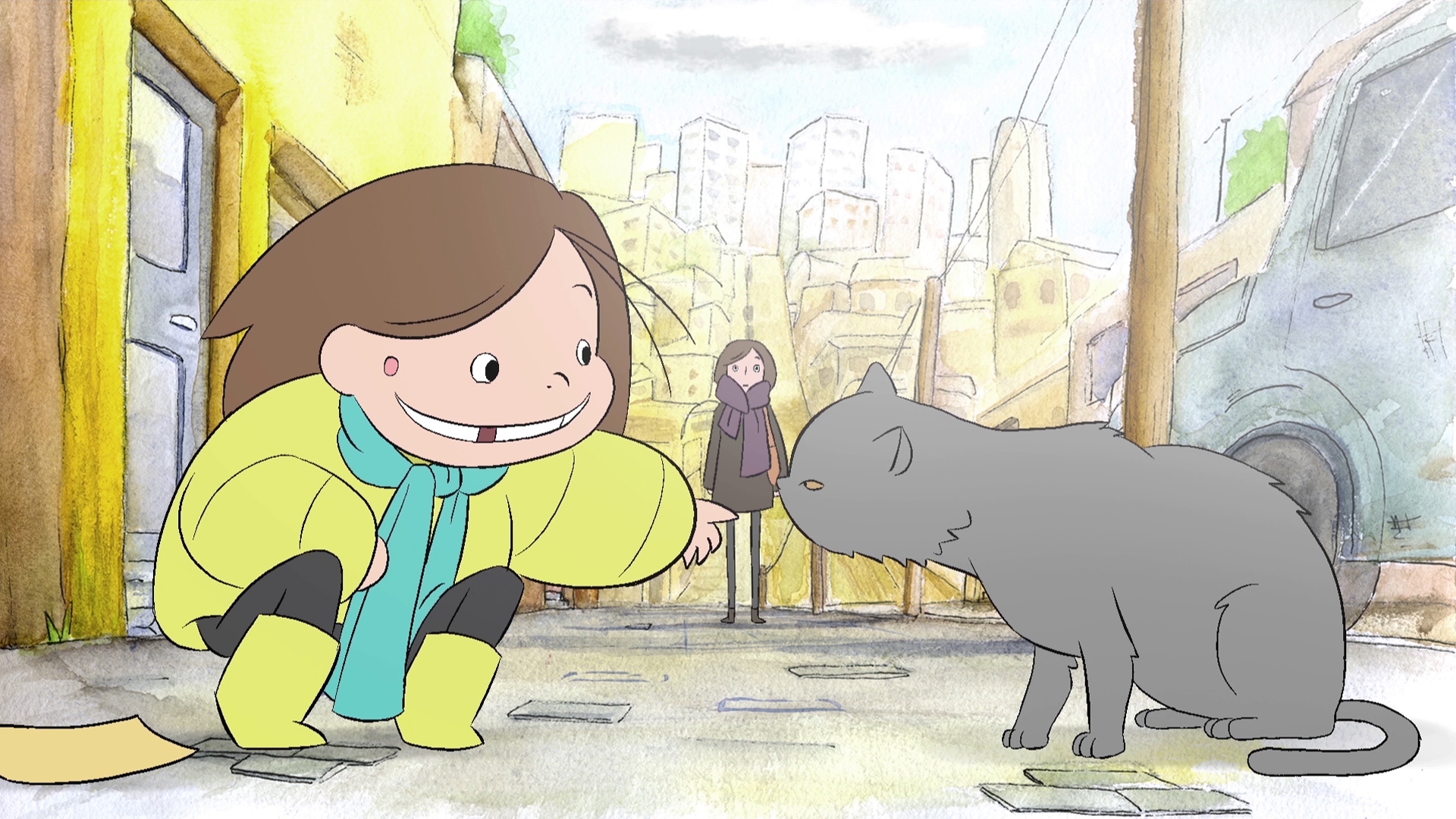 While one documentary after the other premiered and Halina Rijn’s Instinct (2019) was screened almost every day, the Dutch National Film Festival NFF 2019 spent very little time on Dutch animation films. The festival scheduled only two animated short film programs on Monday evening (some of them were shown during the festival). Does that say something about the national interest in Dutch animation or about the quality of those films?

The programs consisted of many animated graduation films and some work of more professional animators. Most of them were digital, like Bitter Sweet Morning (2019) by Tyka Beumers, a film about a tired mother who is going to have breakfast with her little daughter. On their way, they come across her ex-partner, the father of her daughter. The both joyful and sad short film is reminiscent of the animation films of Studio Ghibli. Bitter Sweet Morning looks cute because of the use of pastel colours and addresses an inconvenient subject: how to deal with your ex.

Through the Eyes of You

Through the Eyes of You (2019) depicts the story about a conversation between a man and a woman during a dinner date in a rather abstract way. Both characters hide in shadows, but finally dare to be vulnerable and to tell their story, which is represented by fine transforming drawings in brown and orange colours. This way, the man and woman come closer to each other and discover that they do have a connection.

Simple drawn animation appears to be loved by Dutch animators too. Anna Blom’s Flight (2018), for example, consists of grey pencil drawings on a white background only, which creates a dreamlike atmosphere. A girl wakes up without knowing where she is. A big bird comes to pick her up and then, it becomes clear what kind of terrible accident has happened.

On this evening, some humorous animation films were shown as well, such as Blind Date (2019) by Camiel Schouwenaar. This colourful digital animated film of only two minutes is about Bodine, who hides away her glasses out of shame before her date arrives. A very bad idea, since this makes her date literally blind. After a series of comedic and awkward situations, the long gangly characters appear to be meant to be for each other.

A less pleasant meeting is the subject of At First Sight (2018), a film by Sjaak Rood that stands out because of its eccentric style. The film forms a strong contrast in comparison to the beautiful stylised digital animation films in the selection. Rood colours outside the lines– literally – and that makes the style of At First Sight unique and perfect for this particular storyline. A male and a female car driver drive towards each other, on a one-way road. Both persons are too stubborn to get out of the way to let the other one pass. They start to bully each other, which gets only worse and worse. It’s hilarious in the beginning, but after a while, it’s really not funny anymore. Still, they keep on standing there; the man destroys the woman’s garden, which she planted in the meantime. The woman, on the other hand, steals the man’s phone while he is peeing. How far is a human being willing to go in order be right?

With PolarBarry – Let’s Break the Ice!! – Vlog #207 (2019), Wouter Dijkstra mirrors our peculiar behaviour in a funny and uncomfortable way. In a brightly coloured animated documentary, influencer and polar bear PolarBarry discusses the climate change with several people. While the icebergs melt ridiculously fast, one person claims that climate change doesn’t exist, while another one just mumbles something. We laugh about it, since both the style and the content of this short film is reminiscent of the growingly popular vlogs, but we know we can’t ignore the truth.

Dutch animators themselves seem to be aware of climate change and express their worries about our natural environment via their films. Smogtown (2019) by Iris van Hassel for example, depicts the story of a girl that has to travel through a polluted city. The combination of analogue ink paintings and digital postproduction creates a dirty atmosphere. You can almost smell and feel the smog.

In Orbit (2019), Tess Martin interrogates the place within the natural cycle on planet Earth. Simple drawings on a turning white vinyl record depict the energy and the cycle of the sun and how the natural environment functions. Then, humankind appears and this natural cycle gets deregulated. With her film, which is also a fantastic reference to the optic toys, the precursors of cinema, Martin emphasises our guilt of the climate changes we face today more than ever.

The Dutch animation films are very current, both regarding technique, style and subject. The Dutch animator studies human beings critically, especially their strange (and unpleasant) characteristics. Yet, the screenings were far from sold out and the attention paid to them by the festival, the public and by the press has been minimal at best. Would there have been more attention to the Dutch animation shorts if the screenings were during the weekend or shown more often during the week instead of one block of four-and-a-half hours of animation shorts on Monday night (which takes some dedication to go to)? The overall quality of the shorts shown at the NFF was certainly not the problem, based on which the future of Dutch animation feels promising.

This Shorts article was published in October 2019