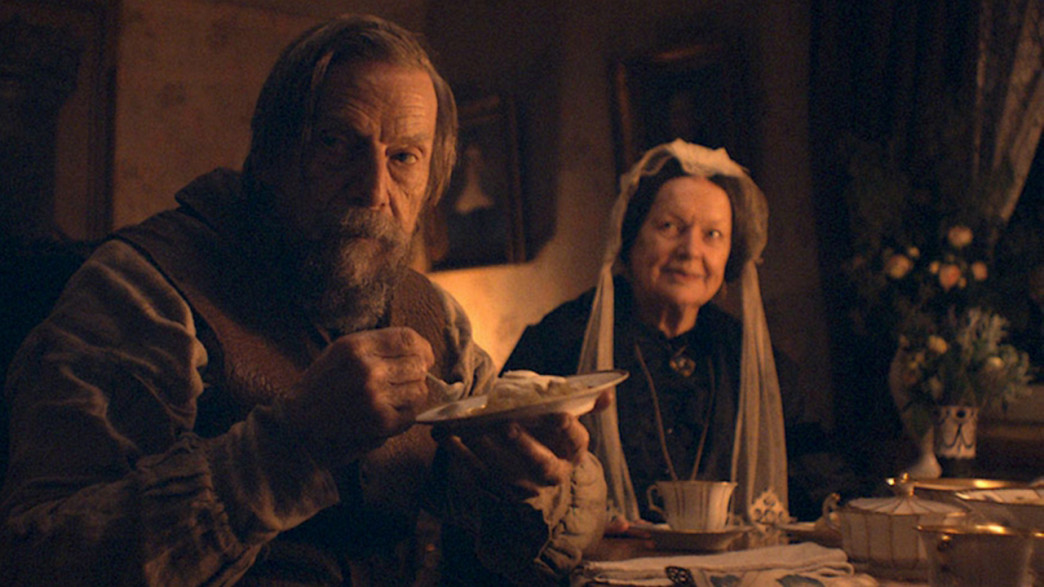 In its 60th edition, the annual Nordic Film Days Lübeck expanded from five to six days, and had a record number of visitors. The festival may have been bigger, but wasn’t quite better than ever. Notwithstanding a respectable retrospective and several live-scored silent films, it proved hard to find anything substantial in a sea of mediocrity.

Only a handful of the competition films showed some ambition to challenge bland conventions, and none of these were very successful. Actress Tuva Novotny shot her debut as director/writer Blind Spot, a melodrama about a teenage suicide attempt, in what is apparently one 95-minute take. No mean feat, but how this strategy even comes close to elucidating the ‘problem of young people’s quiet despair’, as festival catalogue insists, remains unclear. C4, about Denmark’s 17th-century King Christian IV, came up with a more interesting gimmick: it takes place almost entirely within a moving carriage, shifting between scenes with the young and geriatric king respectively. But despite strong acting by the late Baard Owe, it quickly grows tedious, mostly because it makes a petty gripe of the beloved monarch in his dying days, but also because his younger incarnation is not for a moment credible as a king. The 6-minute Dark Chamber tried something original: a long, complicated crane exploring the inside and outside of a container truck, which is presented as an enormous camera obscura. It’s a neat trick, but for a film about a human traffic disaster and tourists’ response to it, it falls somewhat short of being a meaningful metaphor.

The best film I saw was a minor and less aspiring one: Henrik Martin Dahlsbakken‘s An Affair, about a gymnastics teacher who allows herself to be seduced by one of her pupils and develops a strong obsession with the boy. It has all the elements of a Hollywood-style thriller, but remains squarely in the realist register, which means it exerts a somewhat unusual kind of suspense. But the main reason it remains highly watchable is Andrea Bræin Hovig’s wonderfully nuanced performance. (Strangely enough, the actress performed basically the same role in Dag Johan Haugerud’s I’m the One You Want, there telling the story in a monologue delivered to the camera.)

The audience and the juries were more enamoured by Woman At War: it won both the audience vote and no less than three of the festival’s other awards. But this fantasia, about a solitary environmental activist, adds up to less than the sum of its parts, which include gentle humour, striking visual compositions, a fairytale ending. The recurring sight of musicians performing the score in the background on screen gives it a semblance of the coherence it lacks; it’s as weird as director Benedikt Erlingsson’s previous Of Horses and Man, and just about as inconsequential.

The polar opposite of this whimsy was the feel-bad movie Let Me Fall, also from Iceland, about the wasted lives of two women. Shifting in chronology throughout, it focuses mostly on the downfall of one of them, who goes from gifted student to wretched junkie. It’s very impressively acted, but gruelling in the extreme: the director spares us scenes of the five-day long gang rape of the woman as a teenager, but not those of her comprehensive brutalization as an adult addict. A former creator of commercials, director Baldvin Z. adds a highly dubious degree of stylization, apparently designed to let us wallow in the sadness of it all. Most spuriously of all, he sometimes opts for a didactic camera style, ‘floating’ away to show purported ironies at some distance from the action, such as a framed family picture hanging on the wall of a paedophile’s home, and a psychopathic pimp clutching a bible. Some thought this powerful stuff (it is an enormous success in its home country); I thought sitting through it was a seriously dehumanizing experience.

Compared to this, Michael Noer’s bleak allegory Before the Frost was easy to stomach. It charts the struggles of an ageing farmer and his daughter and nephews in mid-19th century rural Denmark, and explores the consequences of the man’s decision to sell his land and wed his daughter to a Swedish entrepreneur. Noer has clearly moved on from the cynical shock tactics of R: the film has its moments of cruelty, but it’s grounded in a convincing portrayal of ordinary people and the hardships they suffer. It’s also beautifully photographed, and brilliantly acted by Jesper Christensen as the man desperate to alleviate his woes. Best of all, it has an extremely felicitous bit part for the octogenarian Ghita Nørby as a diabolical stepmother.

This Outdoors article was published in November 2018