Nuts and Bolts: Art Versus Work in John Frankenheimer’s The Train 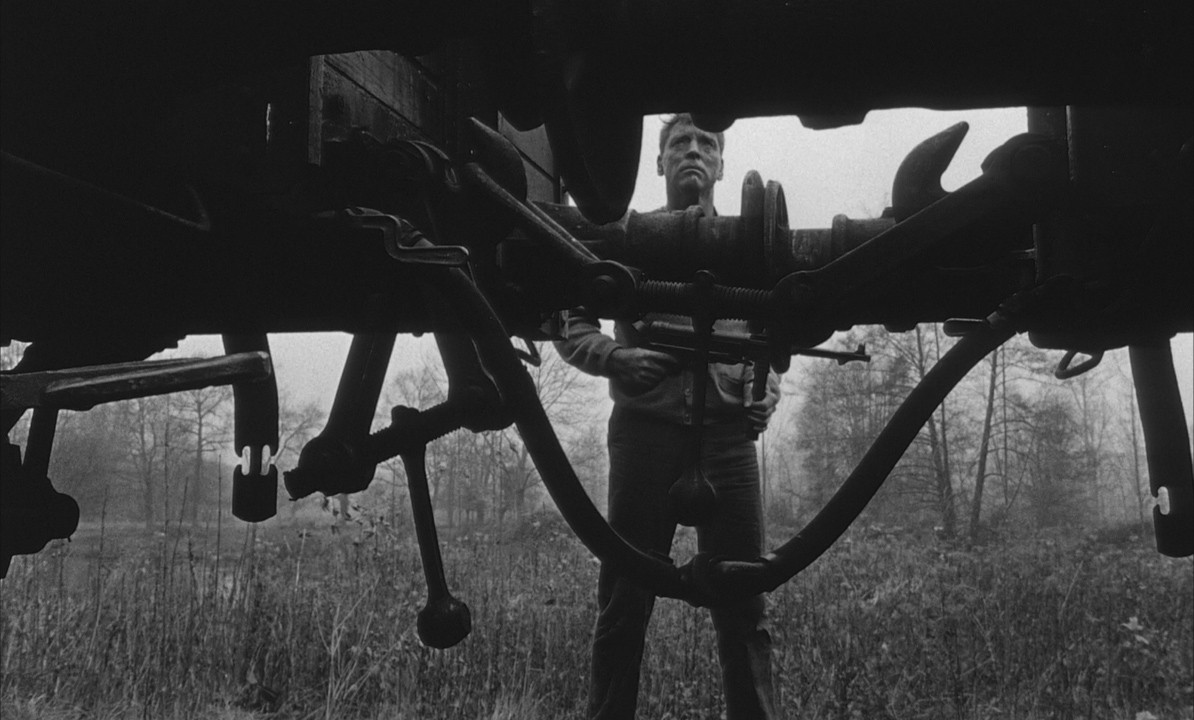 John Frankenheimer was a cinematic craftsman who could work on different genres with varying results but always with a professional attitude. Much like Sydney Lumet, Richard Donner, and Franklin J. Schaffner he was a prolific filmmaker who started out in television. TV wasn’t a bad place to start in the fifties as a lot of great writers were working for the networks during its first golden age. It also proved to be a tough but rewarding training ground where you had to be quick and resourceful.

Frankenheimer certainly seems very resourceful in directing The Train in 1964. Complementing the desperate actions of the two opposing characters with a frantic style, that uses long tense tracking shots but also focuses on small objects and details that are relevant to the pacing of the story.

The Train was meant to be a star vehicle for Burt Lancaster, who plays the reluctant hero Paul Labiche. Lancaster had quite some control over the picture and fired Arthur Penn as director. He replaced him with Frankenheimer and as a hack, he does a great job. The Train is tense and suspenseful and has some great set pieces. A train yard that gets blown up for real, a squadron of fighter planes flying low overhead and real locomotives derailing or crashing into each other. But apart from this action-packed stuff, the movie has an ambiguous message about the value of art and human life in times of war. It transcends its heady mix of adventure and war that was so typical of the time (think of The Guns of Navarone (1961), The Great Escape (1963) and The Heroes of Telemark (1965)) and in the end leaves little room for a higher purpose behind all the heroic sacrifice.

One of the elements that make The Train powerful is the way in which work and art are juxtaposed in the movie. The film opens with Wehrmacht officer Franz von Waldheim arriving at Jue de Paume museum. There he looks at some priceless pieces of modern art by Pierre-Auguste Renoir and Pablo Picasso in total silence. He is obviously moved by the paintings and knows their deeper value as works of art and not as mere commodities. He also knows that they have been branded as degenerate by National Socialist aesthetic standards. Paul Scofield is perfect as the lofty von Waldheim. You almost suspect that he is modelled on those Teutonic and soldierly aesthetes like writer Ernst Jünger who was also stationed in France. Men who exalted the destructive potential of modern war but were also paragons of high culture.

Even though the works of art are deemed entartete kunst by his superiors von Waldheim has protected them in a deal with curator mademoiselle Villard. She kept the paintings save and a dialogue ensues between them that at first sight seems ennobling. Villard thanks von Waldheim for protecting the art from destruction. As it is August 1944 the allies are close to Paris and Villard presumes that they will be saved.

But then von Waldheim plays a cruel trick on her as he coldly states that the works will be transported to the Reich as loot. This sets in motion a race against the clock, as von Waldheim has to find a train before the Allies reach Paris. He also has to convince his superiors of the importance of his cargo. Prioritising the transport of art over the more practical military concerns like evacuating men and personnel. In snappy scenes between von Waldheim and unhelpful Wehrmacht officers, it transpires that he is obsessed with bringing the paintings to Germany and that he will do so whatever the cost.

Labiche and his French railroad crew could not be more different than the cultivated von Waldheim. They are the men of hard work. The dirt of their jobs permanently on display in their greasy overalls and the soot on their skins. This is epitomised by veteran actor Michel Simon. Famous for his gritty roles in Jean Renoir’s Boudu Saved from Drowning and Jean Vigo’s L’Atalante. In The Train he is a charismatic presence as Papa Boule. A cranky and eccentric engine driver who nevertheless has earned the respect of his peers. But do these simple men really know the value of art? This question resounds over and over in the film.

Labiche, who secretly works for the resistance, at first doesn’t really see the value of saving the paintings. When Villard asks him to stop the train from reaching Germany he sternly rebukes her. A lot of men already gave their lives in more important sabotage attempts. Why would some works of art be worth that price?

But as the train starts to roll the situation alters drastically. Faith or coincidence plays some cruel tricks on the characters. Papa Boule is chosen to drive the train to the border. When he hears that the cargo contains some paintings by Renoir he reminisces: “I knew a girl who modelled for Renoir once. She smelled of paint.” His middle-aged grumpiness temporarily dissolved as he lingers on that memory.

Afterwards, he clumsily sabotages the train. Putting a coin in the supply circuit that heats up an engine part. Frankenheimer shows this in detail with close-ups of the mechanism and Boule replacing the coin. It is a personal and stubborn act of defiance that only temporarily sets the schedule back. A sly officer played by Wolfgang Preiss knows the trick Boule has pulled and duly reports him to von Waldheim. Evidently tense, and in an irritable state, as the Americans are nearing Paris, he orders Papa Boule to be brusquely shot in a rail yard. This moment is what sets off Labiche and his men. The precious cargo has already claimed its first victim and it definitely won’t be its last.

Von Waldheim replaces Boule with Labiche and condescendingly says that the trip to Germany will broaden his horizon. In a long and steady shot, we see Labiche working on the engine part that was damaged by Boule’s sabotage attempt. It is an intense scene that shows the price of work and toil. The blood and sweat that goes into it. Frankenheimer shows more of these details. The nuts and bolts of stuff. A boy fidgeting with the wires of an air raid alarm in another desperate sabotage attempt. Labiche pulling levers and literally blowing off the steam of his engine. Or later laboriously removing the bolts of a railway track. Meanwhile, the clock ticks and the war rages on indifferently: bombers strafe trains and convoys with wounded soldiers pass by.

As the film reaches its conclusion the front has collapsed and Labiche has succeeded in derailing the train. Von Waldheim is in a panicked state and tries to stop a group of fleeing German soldiers. Ordering them to disembark their trucks and leave their wounded. Their value as humans again seen by von Waldheim as inferior to the art. As viewers, we usually root for the art. It is the thing that has to be saved and that is equated with civilization. But The Train brings you back to ground level in its final moments.

Von Waldheim is stranded with his train and paintings as the railroad tracks are destroyed. The hostages that he has taken to protect the train from sabotage attempts are all shot hastily as his soldiers flee with a convoy. He declines to join his men in their retreat and stays with his cargo. It is at that moment that an armed Labiche confronts von Waldheim. And here this cultivated Nazi rebukes him with piercing words:

Does it please you, Labiche? You feel a sense of excitement at just being near them? A painting means as much to you as a string of pearls to an ape. You won by sheer luck. You stopped me without knowing what you were doing or why… The paintings are mine. They always will be. Beauty belongs to the man who can appreciate it. They will always belong to me, or a man like me. Now, this minute, you couldn’t tell me why you did what you did.

Even in defeat von Waldheim arrogantly proclaims his superiority as a man who can appreciate beauty. Labiche being compared to an ape for not knowing the intrinsic value of art. Labiche can only react by shooting him and bitterly leaving the scene.

Frankenheimer ends the film with some poignant shots. The train derailed and the mechanical sound of a broken engine ticking rhythmically. The wooden boxes with the paintings that are left behind. Names of great artists stencilled onto them. Abandoned in the pandemonium of war and the encroaching downfall of the German army. And then a pile of bodies. It reminds me of that famous maxim that Walter Benjamin wrote in his Theses on the philosophy of history :

There is no document of civilization which is not at the same time a document of barbarism.

These are the spoils of war. High art and corpses lying next to each other in a field in France. Was it all worth it?

This Essay article was published in May 2018