Old, Fat, and Homeless: Cinema About Men and Their Pets 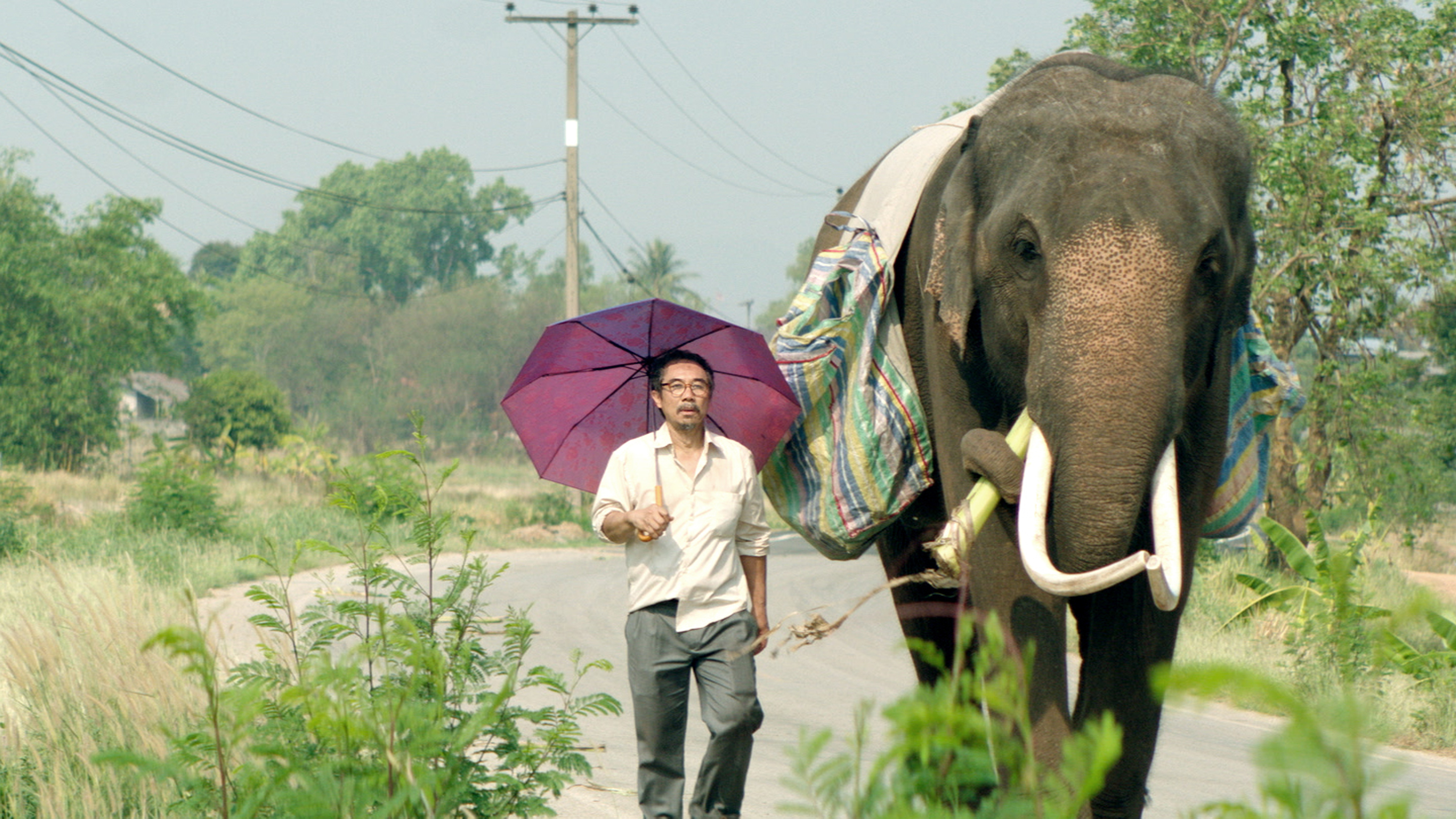 Men and animals. Their relationship seems an interesting topic for filmmakers. Recently, at least three films about a man and his special relationship with an animal were made: Donkeyote (Chico Pereira, 2017), Pop Aye (Kirsten Tan, 2017) and La Vache (Mohamed Hamidi, 2016). What do these films have in common? They are all about a clumsy man, whose (love) life has failed, but whose love for their animal goes very far.

In Donkeyote, Manolo and his donkey Gorrión make many trips together. Manolo dreams of a big journey through America with his best friend. Pop Aye is about Thana, who knew elephant Pop Aye since he was little. Thana wants to bring him to his hometown, since the city of Bangkok is not good, not for him, nor for his elephant. In La Vache, Fatah finally gets the invitation he has waiting for so long. He is allowed to attend an agriculture contest in France, with his cow Jacqueline.

Loving an Animal: Easier Than Adoring a Woman

The men in Donkeyote, Pop Aye and La Vache all seem to have a problematic relationship with women. Manolo is divorced and lives together with his animals and daughter, who cares for her father because of his unstable health condition. Thana is married, but his sex-less marriage is not a happy one. He finds a vibrator hidden in a box in the wardrobe. When Thana confronts his wife with it, she claims she got it from someone as a joke, without showing any emotion. Fatah has a wife and two daughters, with whom he lives happily together. However, he doesn’t treat his wife respectfully and hasn’t shown his feelings for her for a long time. Moreover, a photo from Fatah kissing with another woman seems to be the end of his marriage.

Do these men have feelings at all? Are they able to take care of someone anyway? Yes, they are. They all go to great lengths to take care of their animal. Manolo calls his donkey his soul mate; he and Gorrión are inseparable. Thana and Pop Aye have known each other since their childhood, and the man is very happy that he found his elephant friend again. Jacqueline is like a child for Fatah and he wants nothing but the best for his cow.

These men would be lost without their pets. They cuddle their animals, care for them when they get injured, and tell them about their worries, as if their animal is the only one in the world that will listen to them. For them, loving and caring about a donkey, an elephant or a cow seems easier than adoring a woman.

Manolo, Thana, and Fatah take their best friend on a journey. Manolo dreams about a trip (by foot) through America, more specifically the Trail of Tears, the route Cherokee Indians had to walk during their move to Oklahoma. Manolo talks like a hero. He tells children about the day he almost died but survived thanks to his donkey and brave dog. During his journey, he ends up in a café, where he tells men that his dog is absolutely the best.

Though Manolo behaves like a hero in front of others, he can hardly be seen as one. Manolo has a medical history and has a weak knee at that moment. Both his daughter and doctor warn him to be careful during his trip. People of the travelling agency laugh about the idea of travelling with a donkey and don’t take Manolo’s request seriously. Besides, it appears that his donkey has aquaphobia, which makes it hard to get him on board a boat. Camping out in the wilderness seems like more of a disaster than an adventure for the 73-year-old man.

Thana’s journey towards his hometown is thwarted several times as well. His elephant escapes while he is inside a supermarket. He gets caught by the police and has to bring his friend to an animal shelter. Thana faints during their trip and is called an “idiot” by the police men. Thana cannot deny that he isn’t a hero. “You are just like me,” he tells Pop Aye. “Old, fat and homeless.” On his way back home, Thana’s hired car gets a flat tire.

Fatah is a very clumsy man. He finally gets the chance to participate in an agriculture contest. When in France, he ends up in the most unexpected situations. He attends a party where he drinks pear juice, which is actually alcohol. He dances, sings on the stage, and kisses another woman. Everything is photographed; the pictures get e-mailed to his friends and family back in Algeria. Moreover, his cow lands in a ditch, which is the private property of a wealthy man. Thereafter, he participated, without knowing, in a political demonstration. He gets caught by the police and has to spend a night in prison.

Manolo wants to walk the Trail of Tears, which appears to be unable with his health condition. Thana wants to bring his friend Pop Aye back to their hometown, but when he arrives, it appears that his home doesn’t exist anymore and, even worse, that Pop Aye isn’t his Pop Aye but another elephant instead. Fatah almost misses the contest and becomes a national celebrity in both France and Algeria because of his conspicuous interview for the national French television and thanks to social media. You might say that Fatah is the most heroic of these three men.

Manolo, Thana, and Fatah are all three soft men who wouldn’t hurt anybody on purpose. They aren’t heroes or stereotypical strong and tough men but they have a heart of gold. They do their best to be successful in life. They all have a big dream, but they are fail to fulfill it, unfortunately. Nevertheless, they go on. They stare or walk into the distance and might think “I will survive”, like in the song by Gloria Gaynor, which Fatah sings during the party.

And the animals? They don’t seem to have an opinion about their bosses, nor about their silly ideas.