Paul Verhoeven and His Jesus Obsession 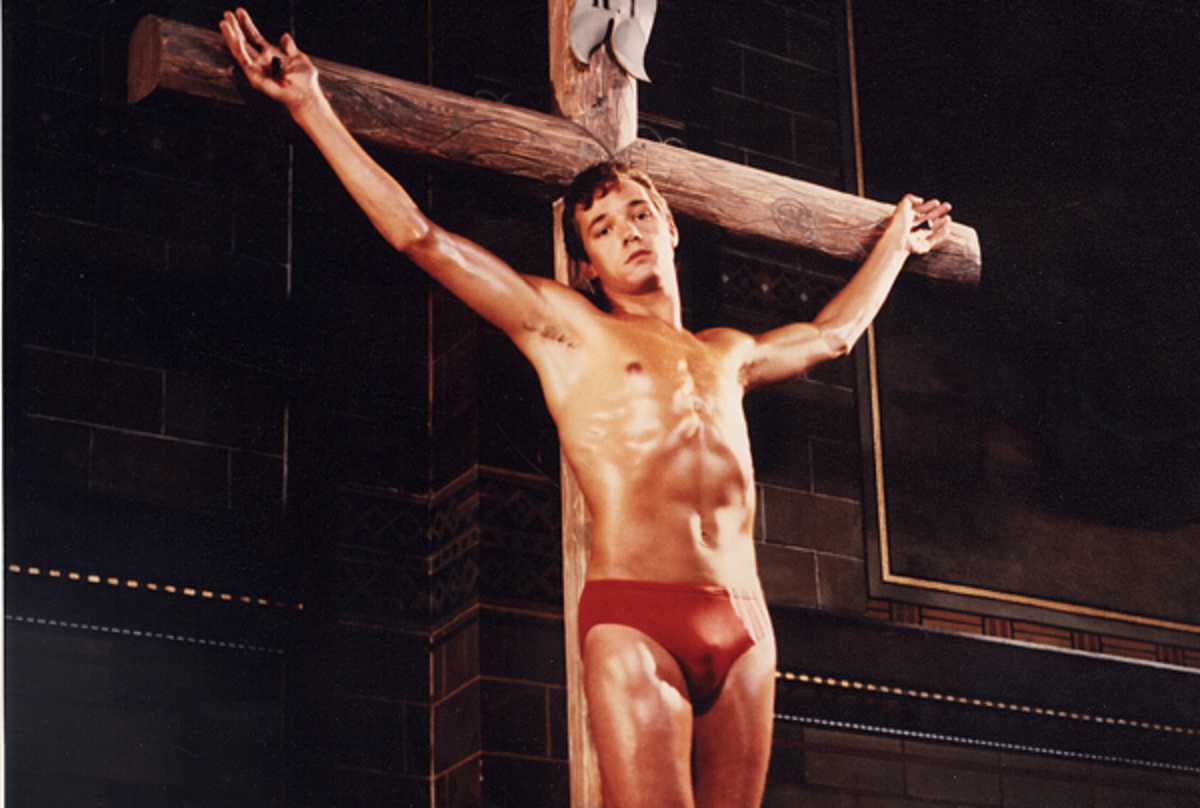 Dutch director Paul Verhoeven recently received critical acclaim for the art-film Elle (2016). Earlier, he mostly held the status of being a campy filmmaker, especially in Hollywood in the 90’s. RoboCop (1987), Basic Instinct (1992), Starship Troopers (1997), and especially Showgirls (1995) are still regarded as being sleazy though satirical films. Some hate his films; some admire his irony. But are his films just satirical and ironic? Verhoeven may have more to offer than meets the eye. Aren’t some of his films biblical? Or more specifically: Why does he seem to refer to Jesus all the time in his works?

In the Netherlands Verhoeven wrote a book about Jesus, who has been a long time ‘obsession’ for him. In his book, he de-dramatizes the life of Jesus. He was human, and nothing more than that. Being a trained scientist (Verhoeven studied Physics and Mathematics) he likes to stick to facts. A film about the life of Jesus was rumoured for a long time, but in the end the choice fell to writing a book on the subject. Since Jesus has been an obsession for him since childhood, the more or less observant viewer will notice how Jesus, in both name and symbolism, is often portrayed in his films.

Earlier in his career, when he was working in the Netherlands, he already used the Jesus symbol quite prominently in his film De Vierde Man (1983). The opening credits show us a spider eating on a crucifix. An opening that already symbolizes the fate of the protagonist Gerard. Later on again a scene where Gerard is clearly related to the Jesus figure and his fate: The use of the Jesus figure in this film is an ‘extra’ from Verhoeven. The source material, the book by Gerard Reve, never really focuses on Catholic symbolism and Jesus. Verhoeven found a way here to use his ‘obsession’ in a very functional way and adds to the plot and suspense. Later in his Hollywood career Jesus would stick with him. Sometimes very subtly, and in a number of cases the references are pretty obvious.

“I Love Hands and Fingers” One of the earliest and well-known reference to Jesus is RoboCop (1987). The protagonist, Murphy, is executed and resurrects as a robot. He walks on water towards the end of the movie and he is shot in his hands during the execution. Shooting in hands, and especially tying hands is something which can be seen in most of Verhoeven’s films. Basic Instinct is probably the best example. Catherine Tramell (Sharon Stone) likes to tie up her lovers, including Nick Curran (Michael Douglas), who has the status of an outsider, like Jesus had. Douglas undergoes a similar kind of submission as Jesus. In this case, his sexual submission can be linked to the way in which Jesus has undergone punishment and was bound to the cross.

Arnold Schwarzenegger is tied up in Total Recall (1990) when he goes to recall. Verhoeven focuses on his hands which can be seen as another Jesus reference as Jesus was tied to the cross. And again, just like the protagonist in RoboCop, he is seen as a saviour. This time of the entire Mars population. In Verhoeven’s SF-classic Starship Troopers (1997) there is a crucifixion after the accidental shooting of one of the team mates of Johnny Rico. Verhoeven seems to focus on his hands more than usual and his ‘hanging’ obviously symbolizes the Messiah as Johnny is bound and in the end, he can (again) be seen as the saviour and redeemer of the human population. In Showgirls, Verhoeven is pretty clear with his wordplay about Jesus coming soon:

The wordplay “Jesus is coming on” has a double meaning. Verhoeven points out that modern society, as portrayed in Showgirls, sexualizes everything and that sex is pivotal in everything that goes on. Something which could be said for religion and Jesus as well in (American) history. The fact that the neon flickers also points out how society is losing its religious morals. Here Verhoeven makes his protagonist, Nomi Malone (Elizabeth Berkley), into a hero, where she stands up against the rotten entertainment industry.

In the numerous examples, Verhoeven links sexual submission and religious submission. Just like Jesus, his protagonists are submissive towards either their antagonist or authority. They undergo punishment and suffering and are also mostly outsiders and saviours like Jesus was. This feels somewhat like a paradox. His protagonists are submissive victims at one point, but in most cases they find redemption, you could even say they resurrect like Jesus did, and are to be seen as heroes in the end.

The point Verhoeven seems to make is this: the Jesus figure is not necessarily present in mythical biblical history but can be all around us. Being a sleazy noir cop, a ‘starship trooper’ or a stripper, the Jesus role can be fulfilled by anyone. This is in line with his view of Jesus in his book where he tries to point out that Jesus was nothing more than your average human. The humans in Verhoeven’s films are often not perfect, they struggle, make mistakes but in the end come out on top. For example, Michael Douglas in Basic Instinct who accidentally shot people and drinks a lot. The promiscuous Nomi in Showgirls is another example. It’s human imperfection which can be overcome. Imperfection that Verhoeven links to Jesus, who was a very ‘imperfect’ and controversial figure in his time.