Remembering Romero and His Undead Legacy 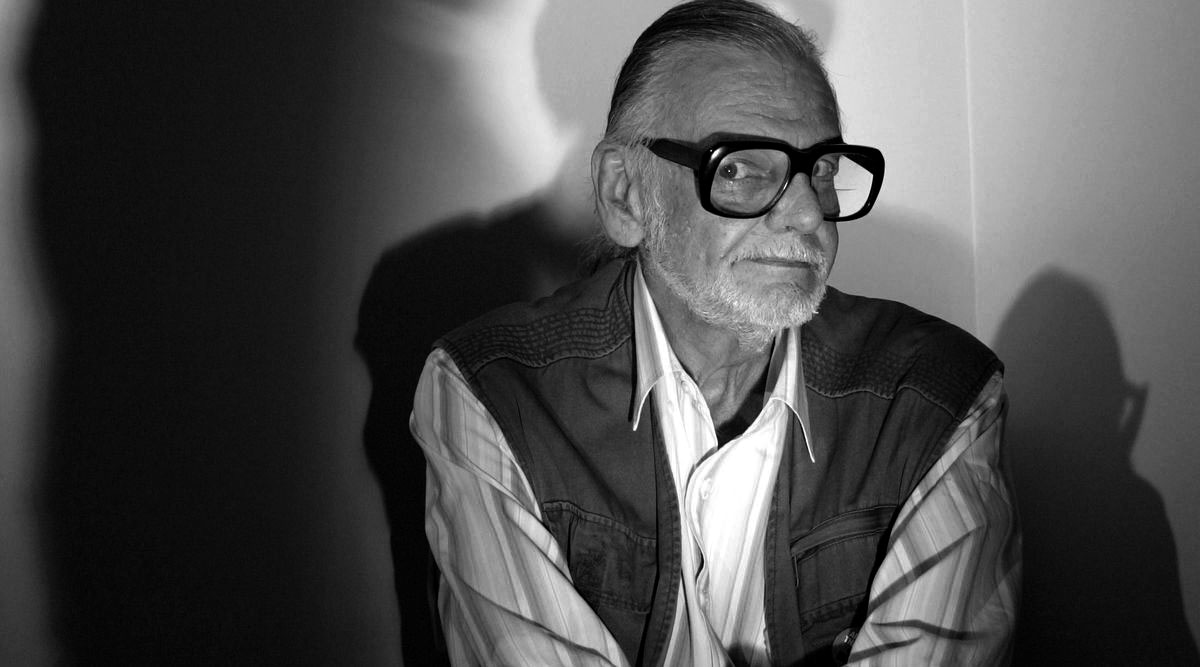 You know that kind of mourning right? The kind when the name of a person you admire, or have admired in the past, suddenly pops up in the news due to their passing. In those moments I always find myself scrambling for credible sources, as if to make sure it’s okay to feel what I’m bound to feel. That strange and sometimes alien mourning, faintly resembling that of remembering a close friend who passed away. And you might’ve never met the person in real life. You might’ve gotten the chance to pass them on a gathering of fanatics and they might’ve nodded at you for a second. You might’ve even gotten the chance to talk shortly to them on the most superficial of levels. Or you might’ve not even thought about them for years. And yet, due to your own experiences with the outpour of their soul, their death, always sudden, always hits in the most melancholic ways. The world suddenly, and only for a little while, being topsy-turvy and eschew. Because this person is gone and their output has halted and everything they’ve made will exist in this vacuum now, getting further and further away from us as time and life moves on.

Admittedly, when George A. Romero passed away last week, I had not thought about his work for a while. I had never examined his impact on me as a filmmaker, storyteller, or person. But somehow seeing his name above a ton of obituaries sparked that previously described mourning.

First of all, I’ve not seen any of Romero’s films since 2010, when the sixth and last of the Living Dead Hexalogy was released to Video-On-Demand. Seven years has passed, without any form of output, thus rendering Survival of the Dead (2009) as Romero’s swan song. And although by far the worst of the series, reading the title flashed me back to an image. Two men, on a small island, on opposite sides of the conflict, both clutching their weapon, waiting for the other to make a move. I remember a stand-off between two old men who were both wrong. I do not remember any of the zombies, or their gruesome deaths.

Now let’s take a little detour. The first film to ever mention the word zombie is Victor Halperin’s White Zombie (1932). And it set off the initial wave of zombie films, which had more in common with wandering dummies enslaved by Voodoo witch doctors. It wasn’t until 1968 when Romero introduced the concept of the cannibalistic, plague-filled corpses wandering the earth.

If you search for the IMDb keyword ‘zombie’, you’ll find 1.201 feature films. Admittedly, IMDb takes the term quite broadly seeing as a film like Super 8 (2011) shows up, but for the sake of this experiment let us assume they are anomalies, and that most films on the list have at least some mention of a zombie. Filtering the search-term to only include films released between 1932 and 1967 (so before Night of the Living Dead but after White Zombie), the list cites 53 titles to have the keyword Zombie. That’s 53 titles in 35 years. That’s about 1 or 2 a year. The Wikipedia page ‘List of Zombie Films’ mentions a total 458 films, a lot less than IMDb, but it features similar trends. Wikipedia finds there are 33 titles between 1932 and 1967.

Making 2001 the cut-off year (for reasons soon explained), IMDb finds 333 zombie titles while Wikipedia finds 152 of them. On both accounts, that is quite the increase for a similar amount of years. That’s somewhere between 4 and 10 a year, meaning that, most likely, Night of the Living Dead had a clear impact on the amount of zombie-related features to be produced.

Anyone who has been paying attention to media in the past 15 years might’ve noticed an even stronger shift towards zombie focussed works. Some might even say, there is an over-saturation currently at play. In 2002, a sort of zombie new wave occurred when Danny Boyle’s 28 Days Later and Paul W.S. Anderson’s Resident Evil (the first in a long series) were released just a few months apart.

Instead of a few features a year, the zombies more than doubled in 2003. Most likely due to a booming DVD market, where most of these movies would find their fandoms, and don’t get me started on the multitude of think-pieces about how post-9/11 shaped post-apocalyptic stories. And this culminated in 2004, with a remake of Dawn of the Dead (a solid but troubled debut by Zack Snyder of Sucker Punch (2003) and Watchmen (2009) infamy) as well as a home media and theatrical re-release of the original Dawn of the Dead (1978). A year later, Romero finally returned to the genre he conceived with a 19 million dollar exploration of the evolving (or: smart) zombie concept he dreamt up in Day of the Dead (1985). Between 2002 and 2017, Wikipedia lists 273 zombie films, where IMDb finds 727 titles, marking it up to somewhere between 18 and 48 films a year.

The rise of zombie-related feature film output sorted by decade. The Wikipedia-line dips due to the decade not being over yet, or might it be the beginning of the end?

So yes, your assumptions were correct: there have been a lot of mention and interest in zombies in the past decade. There’s a never-ending slew of TV shows, short films, comic books, etc. tackling the subject. There was even a time when every video game that broke the bank needed a ‘zombification’, meaning that the base-game would be upgraded with a bunch of zombies roaming the known playing field. It got a bit out of hand, and Romero agreed, telling the crowd at a Toronto Film Festival panel in 2012: “I honestly don’t [get it]. First of all, I’m a little pissed off because I used to be the only guy and now everybody’s in my playground.”

But Romero, not unlike his most successful successors, knows that a zombie in a zombie-apocalypse is the inciting incident (and constant decorative threat) for a character’s arc. It’s the murder in a crime drama, and the investigations following it. Yes, it should be an important factor, but only when used to teach the protagonist something about themselves. To make them grow. To make them realise that they’re stronger than they think they are. Or maybe even weaker.

If you watch Romero’s films, they are character pieces. They are much more concerned with how the protagonists, usually and progressively female and black (take note, most films), adapt to their new environment. One of a constant lingering threat. One that might unwillingly turn you in what you’ve been fighting all this time. When I think about Romero’s Dawn of the Dead, I think about a makeshift family, hopping from place to place, in constant fear of losing the battle, until they take refuge in a large mall and face their biggest enemy yet: isolation.

Romero worked with small budgets, in a genre that was mostly reserved for cheap thrills, with a voice that was predominantly political. He did not seek the safety of isolation that his characters often do. He was an experimentalist at heart. A true underground avant-garde filmmaker, who made a mark in cinema he bemoans (but not regrets). And god, does he hit the nail on the head when criticising the current state of cinema through the lens of The Walking Dead:

“Basically it’s just a soap opera with a zombie occasionally. I always used the zombie as a character for satire or a political criticism and I find that missing in what’s happening now.” [source]

He will be greatly missed.