River of Love, River of Life – The Seine Meets Paris 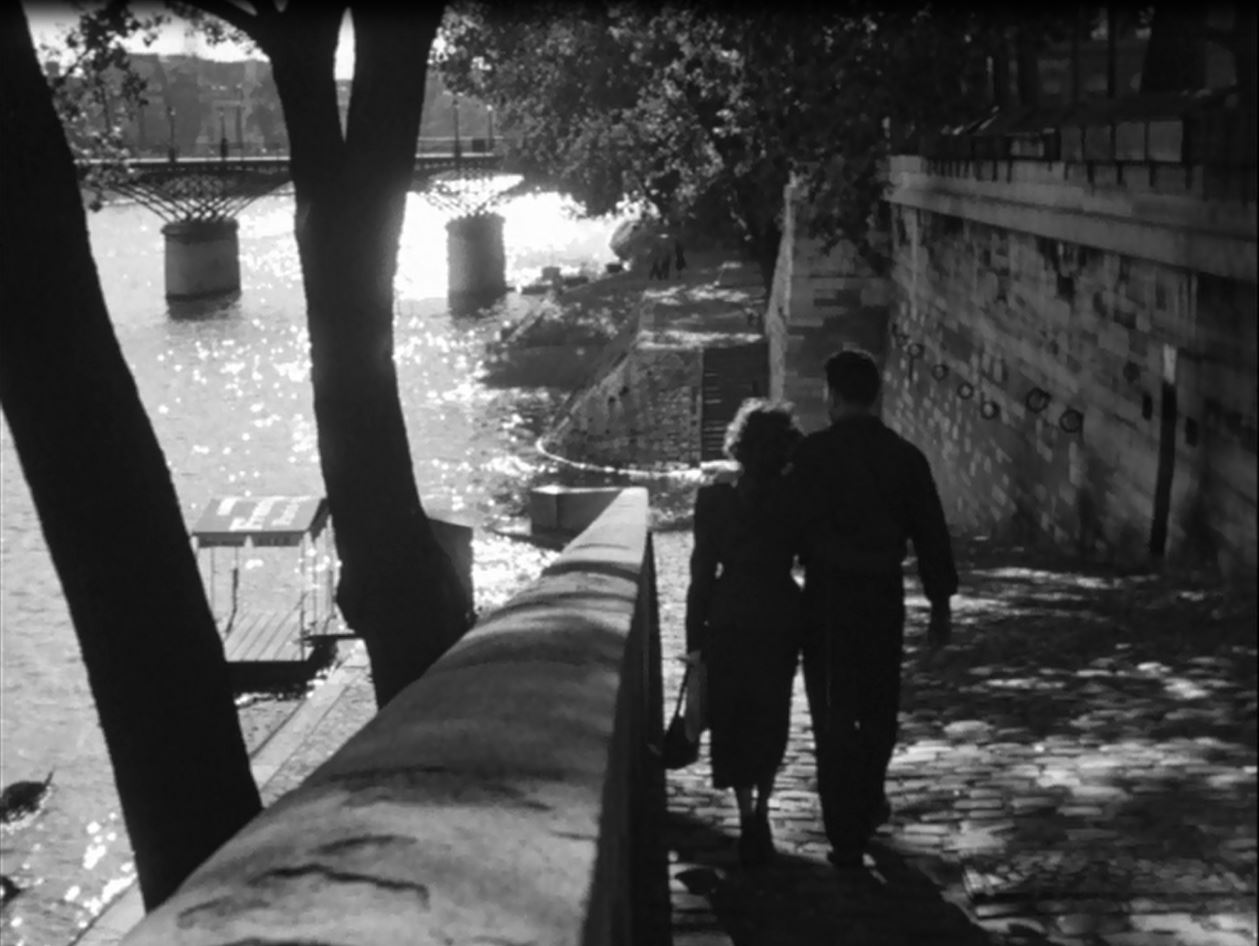 The Seine river is forever linked to the city of Paris. The geographical, historical, economic, and emotional ties that bind the waterway to the French capital are as strong as they run deep. Dutch documentary filmmaker Joris Ivens and film historian Georges Sadoul both shared a love for Paris and the Seine, resulting in La Seine a Rencontré Paris / The Seine Meets Paris (1957). This documentary short paints a poetic, playful, and profound portrait of the Seine, Paris and its many inhabitants.

‘Who’s always there in the city, and yet always coming, and always going?’
‘It’s a river’, answers a child that unriddles riddles’ (…) ‘And the river is called the Seine, while the city is called Paris’

Serge Reggiani’s sonorous voice lends an air of melancholy and distinction to the words, written by Jacques Prévert, that serve as the film’s poetic thread, whereas images of the flowing Seine form the film’s visual leitmotif. Originally conceived by Georges Sadoul, the film is directed by Joris Ivens without the constraints of a planned scenario, as the director favours the spontaneous and unexpected as important elements to this film. Sadoul and Ivens, as well as DP’s André Dumaître and Philippe Brun, imagined the Seine as a living being, with a personality and temperament all its own. This is echoed in Prévert’s poem:

‘The Seine is like a person (…) Risky, dangerous, tumultuous and dreamy all at once. That’s the way she is: malice, caress, romance, tenderness, caprice, bitchiness, idleness (…) That’s her real pedigree’ By 1957 Joris Ivens was no stranger to Paris. Thirty years before he had already made a film there, Études des mouvements à Paris / Movement Studies in Paris (1927), and in 1933 Ivens and his partner at that time, Helene van Dongen, moved to the French capital where Georges Sadoul introduced him into leftist artistic circles. Sadoul knew that Ivens was able to use a river to portray both the daily life as well as the history of a country, as he had proven with Lied der Ströme / Song of the Rivers (1954), a political film he had made in East-Germany, and which had been heavily censored and prohibited from viewing in France. Furthermore, Joris Ivens grew up near the Waal river, which flows along the city of Nijmegen, in the eastern part of the Netherlands, where Ivens was born in 1898. Ivens spent much of his youth on or near the river, and it left an indelible impression on him, so much so that images of rivers, waterways or flowing water form a recurring element in many of his films, e.g. The Bridge (1928), Rain (1929), The New Earth (1934), The Spanish Earth (1937), The 400 Million (1939) and Indonesia Calling! (1946). So Sadoul knew that Ivens was the right director to use a river as a narrative device, linking different elements of a story together. But since he didn’t want to make a film about the Seine with political overtones, Sadoul first hired a young filmmaker to make a film about life on the banks along the Seine. However, when this fell through Sadoul in October 1956 turned again to Joris Ivens, since both men had already discussed the idea for a Seine-film six months earlier. On April 19th, 1957 Joris Ivens signed a contract with Garance Films, an ad hoc production company founded by three well-known actors and friends of Ivens: Roger Pigaut, his wife Betsy Blair, and Serge Reggiani. Filming began on April 24th when Ivens, Dumaître, and Brun sailed down the Seine in order to ‘catch Chance and Life in the act’, as the filmmaker put it. The film’s structural and visual guideline is the course of the river or, as Ivens puts it: ‘the discipline of geography’. The camera films Paris from the river (visualising the Seine’s point of view) whereas the city ‘views’ the river in brief, fluent scenes from the quays. DP’s Dumaître and Brun alternate swiftly between different ways of filming: adopting a reportage-style when confronted with quickly changing situations, e.g. some nuns walking over a bridge or a passing semi-trailer with Renault cars. The lyrical style used to visualise the river results in intimate scenes and fluent filming, always emphasizing the tangible and visual presence of water.

The Seine’s continuous flow is the film’s visual driving force, from the sluices at the city’s southern edge, on to the docks where labourers load and unload cargo from their barges, further down as the river meanders through Paris, with its many quays and bridges where Parisians are filmed as they work, walk, relax or enjoy each others company on the embankments. The film’s structure breaks down into five sequences:

1. The Seine winding its way through the countryside: this section is relatively short and consists mainly of some long takes of the meandering Seine in the countryside outside of Paris. 2. Entrance into the city; work: this section is considerably longer, mainly focusing on the Parisian docks and the people who work there. We see labourers (un)load wine, wheat, wood, broken glass, scrap metal, cinderblocks, and sand. In this section, Ivens’ background as a political filmmaker, interested in the toils of common people, is most apparent (e.g. Komsomol – Song of Heroes (1933), Borinage (1934), Power and the Land (1940)). Many scenes centre around the hard work done by mostly uneducated labourers, alternated by scenes of children playing on the quays or in the barges to lighten the mood. Prévert appropriately states in his poem: ‘The Seine is a factory, the Seine is work’, emphasizing the important role of the Seine as one of Paris’ main supply routes of freight and goods, and the different kinds of (often hard) work that entails. 3. The heart of Paris: this section portrays the various people in the city that flock to the river to relax, catch fish, play, stroll, be alone or be together. Although this latter group is somewhat overrepresented: Ivens and his DP’s allocate a considerable amount of time to scenes of (young) lovers on the Seine’s embankments and small islands, thereby confirming the Seine’s status as the ideal place for people in love. 4. The beautiful neighbourhoods: Prévert’s commentary text mentions many places in Paris, mostly located near the Seine river, that are well known to Parisians and people who frequent the French capital. Moreover, in Paris’ (and indeed, France’s) collective consciousness, these places have become synonymous with a romantic past, as well as historical and cultural grandeur. This ‘geography of the mind’ is sometimes at odds with Ivens’ ‘discipline of geography’, in which the shown locations are determined by the flow of the river. But Ivens, Dumaître and Brun have managed to include most of the locations mentioned by Prévert’s poem into the film, although this required some additional filming in September 1957. These are:

Apart from the Pont Neuf bridge, more well known Parisian bridges have been included in the film, although not mentioned in Prévert’s poem. This is what remained of an initial screenplay set-up by Ivens, focusing on the many bridges crossing the Seine river: 5. Finale – Paris by night and the Seine exiting the city: the film’s final scenes are of Paris by night (e.g. the Pont Royal bridge, the Louvre Museum, the Place de la Concorde with the Obelisk monument). Here the editing slows down to strengthen the melancholy mood of the film: the Seine is leaving Paris, and we are leaving both city and river. The final images of The Seine Meets Paris are of the opening sluice-gates at the western edge of the city, after which the Seine river continues her way towards the English Channel, leaving Paris behind.

Supplemented by the associative poem by Jacques Prévert, describing the affectionate and profound connection between the Seine river, Paris and its people, as well as a melancholy and playful film score by composer Philippe Gérard, Ivens captures in The Seine Meets Paris the essence of French laissez-faire and joie de vivre that has become synonymous with Paris. In this kaleidoscopic vision of the city, as seen from and ‘by’ the Seine, Paris is not so much typified by houses, buildings or known locations (architectural, cultural or historical), although these certainly appear in the film. Instead, Paris is shown to have a human face.

In all of the film’s five sequences, Ivens visually emphasizes that the city is made up by the many different people that populate Paris: the young and elderly, parents, children, friends, lovers, housewives, workmen, students, clochards, tourists and ordinary citizens. They all lead their lives in the French capital, some with youthful exuberance, others in the twilight of their years. Although Ivens could be accused slightly of pictorialising the Parisians (the people depicted are ‘types’ rather than persons we get to know through names and backstories, and some scenes are clearly staged), this is in keeping with Ivens’ intentions regarding the film’s structure. This should be determined by the course and flow of the river, resulting as a matter of course in only fleeting encounters with the people and places along the Seine’s embankments, before the river flows onwards. Ivens never hid the fact that some scenes in The Seine Meets Paris are staged (e.g. some crewmembers dressed as lawyers hurry up a street towards the distant Pointue tower of the Conciergerie palace, where the police headquarters and law courts are located. Also, a fashion-shoot with some pouting models and their photographer is too brief to be believable as a real event). But Ivens firmly believed that these staged scenes enhanced reality, rather than betray any documentary truth. The fact that The Seine Meets Paris garnered numerous awards, among them the Palme d’Or for Best Short Film at the 1958 Cannes Film Festival, proved that artistically the documentary filmmaker was in the right. Audiences and film critics alike recognised in Ivens melancholy and poetic take on the Seine and Paris the non-political, creative mood of Ivens earlier films, e.g. Movement Studies in Paris (1927), The Bridge (1928), Rain (1929) and Philips Radio (1931).

For Joris Ivens and the film’s originator, Georges Sadoul, as indeed for most Parisians, the final words of The Seine Meets Paris perfectly convey their feelings for, as well as their profound connection to the river:

This Essay Framing the City article was published in May 2018