Senses of Pink Cinema: The Visceral Experience of The Fetist 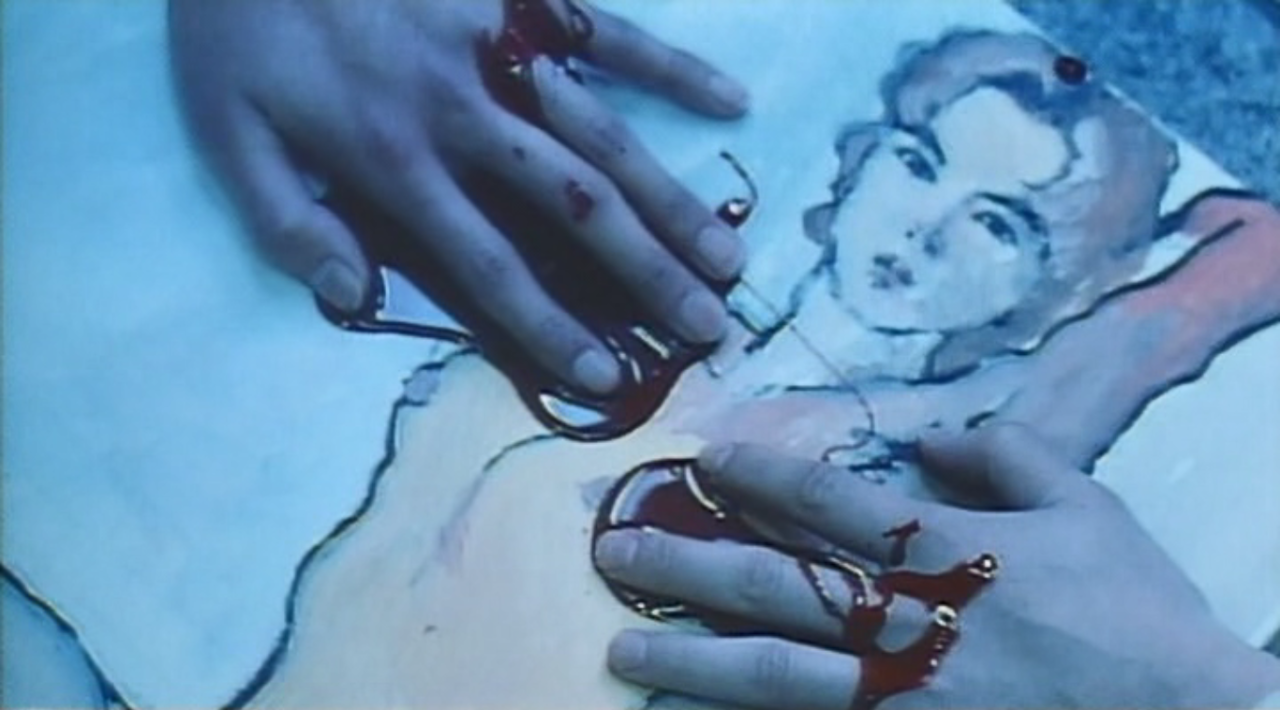 Thanks to Mubi’s highlight ‘Keiko Sato and the Lure of Pink Cinema’ and me stumbling onto the work of Satô Hisayasu because of a funny Letterboxd review, I’ve dipped my toes into the interesting Japanese pinku films. Since I am by no means an expert on the subject, I will cite someone who is to give a quick notion about what they entail. Jasper Sharp has formulated a basic definition describing the pink film as “an independently-produced movie, shot on 35mm film by professional or semi-professional casts and crew, whose main lure is its sexual content.” Of course, there’s a lot more to it and I’d strongly recommend checking out Sharp’s Behind the Pink Curtain if you want to read more about the genre or to just have an idea of where to start with all the filmmakers.

Pinku’s do contain many scenes of explicit nature and it is to be expected that at least some of them – though definitely not all – aim for arousal. Hisayasu Satô stands out because of the artistic vision and the overall visceral experience of his films, which is also true for his non-pinku efforts like splatter movie Splatter: Naked Blood (1996). They dive into the twisted minds of its characters. Murder, rape, and other violent acts are common. Satô uses his cinematic chops to not (just) excite the viewer but to immerse them wholly in the world of the protagonists. One of his later films, considered to be made after his peak, is The Fetist (1998). It is one of the most telling examples of Satô playing with the senses. It shouldn’t come as a surprise since it’s about fetishism, but it’s fun to see (and hear) the eye for detail that reminds of high-profile filmmakers like Park Chan-wook, Peter Strickland and Céline Sciamma.

The Fetist starts with a focus on sound. Before the image becomes clear and the character can be seen, his panting captures the attention. He’s running. It turns out that there’s another guy standing around the corner taping sounds. When turning to him Satô immediately proves that he has a unique vision, because he gives us a shot from ‘within’ the microphone the guy holds to capture the sounds of the city – the image has a little checkered pattern overlay which represents the structure of a microphone. It not only highlights Satô’s love for interesting point of view shots, but also the importance of sound and senses in general.

The layered and careful sound design makes it possible to see The Fetist as a predecessor of films which are now famed for their sound design being close to ASMR (think Céline Sciamma’s Portrait of a Lady on Fire (2019), Peter Strickland’s In Fabric (2018) or his true ASMR effort Cold Meridian (2020)). There’s leather creaking, the microphone scraping over the ground and charcoal on paper while someone sketches a portrait, which also plays into looking and being looked at. It adds up to The Fetist being a feast for the ears, if it weren’t for the occasional screams of people being attacked or murdered, of course.

The panting of a person running is obviously not the only panting heard in a pinku. The sex scenes are accompanied by out of sync, loud moaning. While such moaning can be heard in more of Satô’s films, it is particularly present here. It serves several purposes, other than to arouse. The character who’s eavesdropping, also on a couple having kinky sex, depends just on the sounds. He experiences the world through what he captures with his microphones. Hearing a possible murder, he slowly loses his mind. It is therefore logical that the sound design should be just as inescapable for the viewer.

Apart from that, the obvious dubbing of the moaning “heightens the sense of unreality or hyper-reality experienced by the characters” (269) as Sharp remarks. In the case of The Fetist it creates a strong disconnect between the image and the sound, which makes it all feel like more of a performance, emphasising that the viewer is just as much of a voyeur as the character of the eavesdropper. It is reminiscent of how Satô oftentimes puts the viewer in the shoes of his protagonists and makes them aware of the camera. In this case he simply does not only do it visually but also aurally. In a way it reminds of Park Chan-wook’s use of explicit sex and his (self-reflective) critique of the gaze in The Handmaiden (2016).

Both The Fetist and The Handmaiden feature a scene where one of the characters is peeping into someone else’s room, foregrounding voyeuristic tendencies. They also both have sex scenes that are clear about them being performed for the audience. The Handmaiden is explicitly about storytelling and the gaze. The sex scenes are automatically shown in this light too, making the viewer realise that they are just as guilty of watching for their own excitement. (If you’re interested in spectatorship and the gaze in The Handmaiden I’d recommend watching this video essay.) While The Fetist doesn’t spell out its themes in the same way, it does constantly remind the viewer of the fact that they are watching a film, might it be with the sound design, original point of view shots or a glass being put down exactly so that the blowjob does fit censorship rules and genitals aren’t visible.

Satô – and this is also true for Park – knows just as well how to bring touch and taste to the screen by using close-ups and colours to the fullest. When the sister of the murderer and her boyfriend eat together it becomes sensual as Satô focuses on the little gestures instead of simply showing them at the table. The yellow of an egg is sliced with a knife and spills over, an earring is turned around a finger, a little tomato is eaten with fitting mouth sounds and reminds of the gag the girl has in her mouth at other occasions in the film. The colours of the food stand out, as does the structure. It turns the conversation the two have into something more, with hints to sex (the tomato) and violence (the egg being sliced). Later on in the movie a character will take hold of a knife the murderer holds and blood will spill between his fingers. The panting which can be heard does turn what at first would seem just painful, into something more ambiguously sexual.

Thus, Satô constantly makes one think about what they are watching and what the scenes should evoke, are they pleasant or are they not? By speaking to the senses, he blurs boundaries. The sound design or imagery might seem pleasing, but violence and pain loom around the corner and there’s the confrontation with the viewer’s own voyeuristic tendencies. The Fetist therefore also triggers a sense of detachment and discomfort. However, even if the viewer doesn’t know what they should think, it is apparent that Satô knows exactly how to use cinema to make them feel.