Sex and Food: When Eating Ramen Gets Dirty 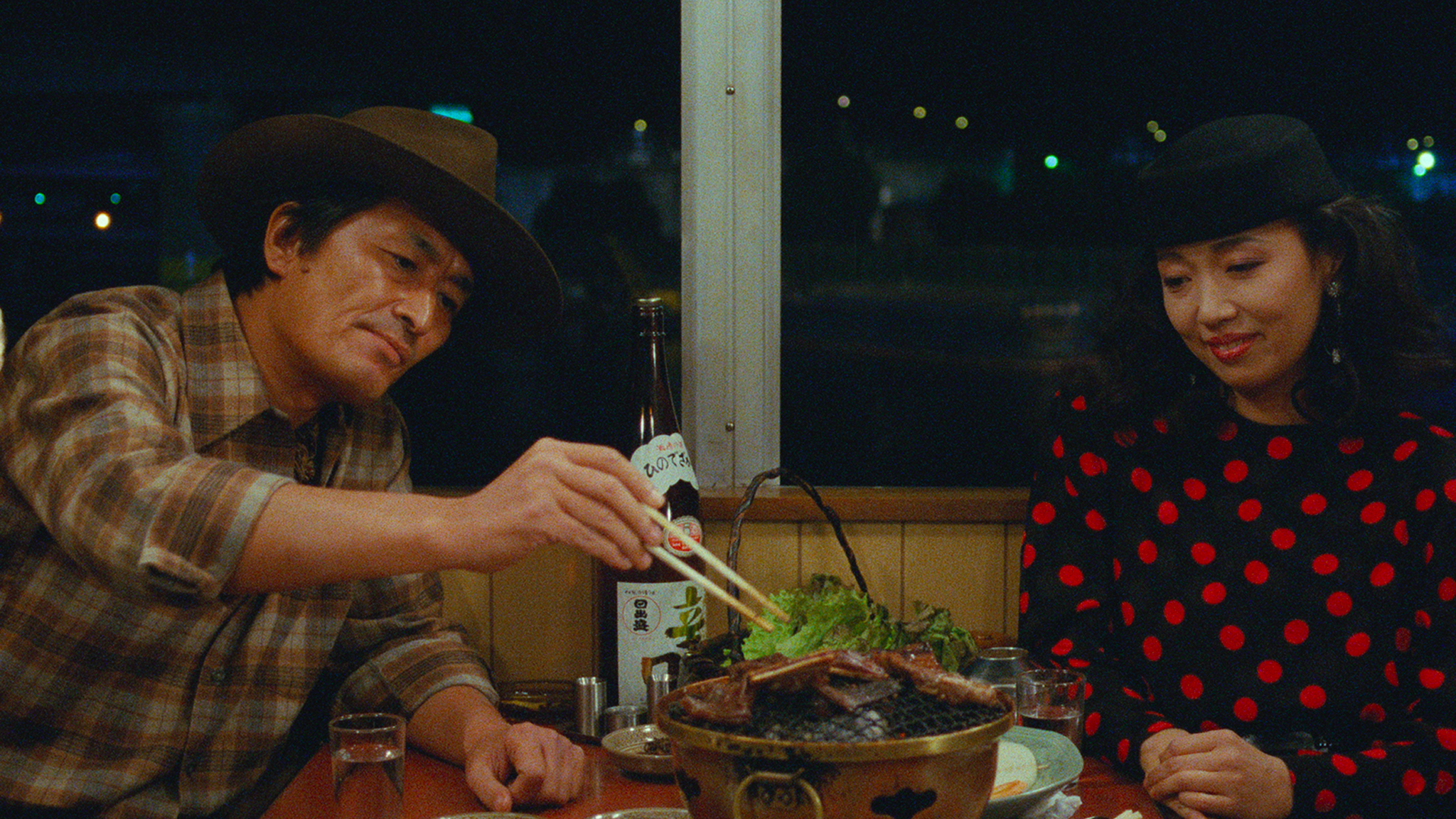 Sexual Drive (2021), by the Japanese director Yoshida Kota, had its world premiere at the latest (online) edition of the International Film Festival of Rotterdam (IFFR). The film was labelled as reminiscent of the Japanese classic Tampopo (1985), directed by Itami Juzo. But is this comparison justified?

Sexual Drive is a triptych about sex, Japanese food and secret desires. Each part tells another story and contains other characters. Except for Mr. Kurita, who appears in each of the three short stories, together with a package of chestnuts. In the first story, he visits Mr Enatsu to tell him that he is having an affair with his girlfriend. While drinking a cup of coffee, Mr Kurita starts to tell – in a very detailed and disgusting way – about the first time they met during a medical treatment and how their affair developed over time. Mr Kurita drives Mr Enatsu crazy, especially when he simulating an orgasm while holding an almost empty package of natto in front of his face – the woman’s favourite food.

The second one is about Ms Uehara, a woman suffering from a panic disorder. On her way to the supermarket, she hits a man with her car: Mr Kurita with a box of chestnuts under his arm. She drives the man home and gets more and more nervous along the way. After some chit-chat, they discover that they have met before. Mr Kurita gets closer to Ms Uehara and starts to whisper a memory of a quite sadomasochistic experience in which they were both involved, and asks her to hurt him again. After first refusing him, she loses control and gives Mr Kurita what he asked for.

The last part of the film is set in a noodle bar. Mr Ikeyama observes Momoka, a woman who is sitting at the other side of the bar. It appears that they have some kind of relationship. Mr Kurita is present too, of course. He whispers his sexual thoughts on the woman eating her bowl of ramen through an earpiece in Mr Ikeyama’s ear, while he himself is enjoying his dinner.

Yota’s film doesn’t contain any explicit sex scenes, but you can see Sexual Drive as an erotic film. Sexuality is added to the way people either cook, eat or enjoy their food. Despite the seeming comic quality in these scenes, the way in which female characters are objectified and connected with food and the act of eating throughout the triptych, is disappointing. Yes, they are actually exposed as objects since they are observed by men while eating or cooking in a highly sensual or sexual manner. The fact that each film concludes with an “it was all a dream” ending, makes Sexual Drive even more disappointing.

The main part of Tampopo tells the story of Tampopo, a widow who runs a noodle bar. One day, a trucker, Gorõ, and his mate stop by and have some noodles. Their expectations are quite low, after a quick look into the kitchen. And indeed, the noodles are pretty bad. Tampopo asks the men for help, in order to make her restaurant successful – or even the best noodle bar in town.

The main story is interrupted several times by scenes that star a couple, the gangster and the woman who sit in the cinema of the opening scene. This couple ends up in a hotel room where they make love while enjoying food brought by room service. So the funny thing is that, in comparison to Sexual Drive, Tampopo actually does contain explicit sex scenes that combine food and sex. However, the sophisticated style in combination with the classical background music makes these scenes rather artistic and playful instead of just awkward and weird.

Moreover, since these scenes are embedded in a larger story, the main focus of the film? is not solely about sex in combination with food. Tampopo tells a more profound story of the meaning of good food and how we should treasure our food and recipes. The film encourages the viewer to eat their dishes as mindfully as possible and enjoy the taste the fullest – whether that is at the kitchen table or in the bedroom. Juzo depicts the social conventions – and breaks them – in a very humorous and at the same time confrontational  way. It’s about sharing family recipes with the next generation. And last but not least, Tampopo is especially about finding your destination and fulfilling your mission in life.