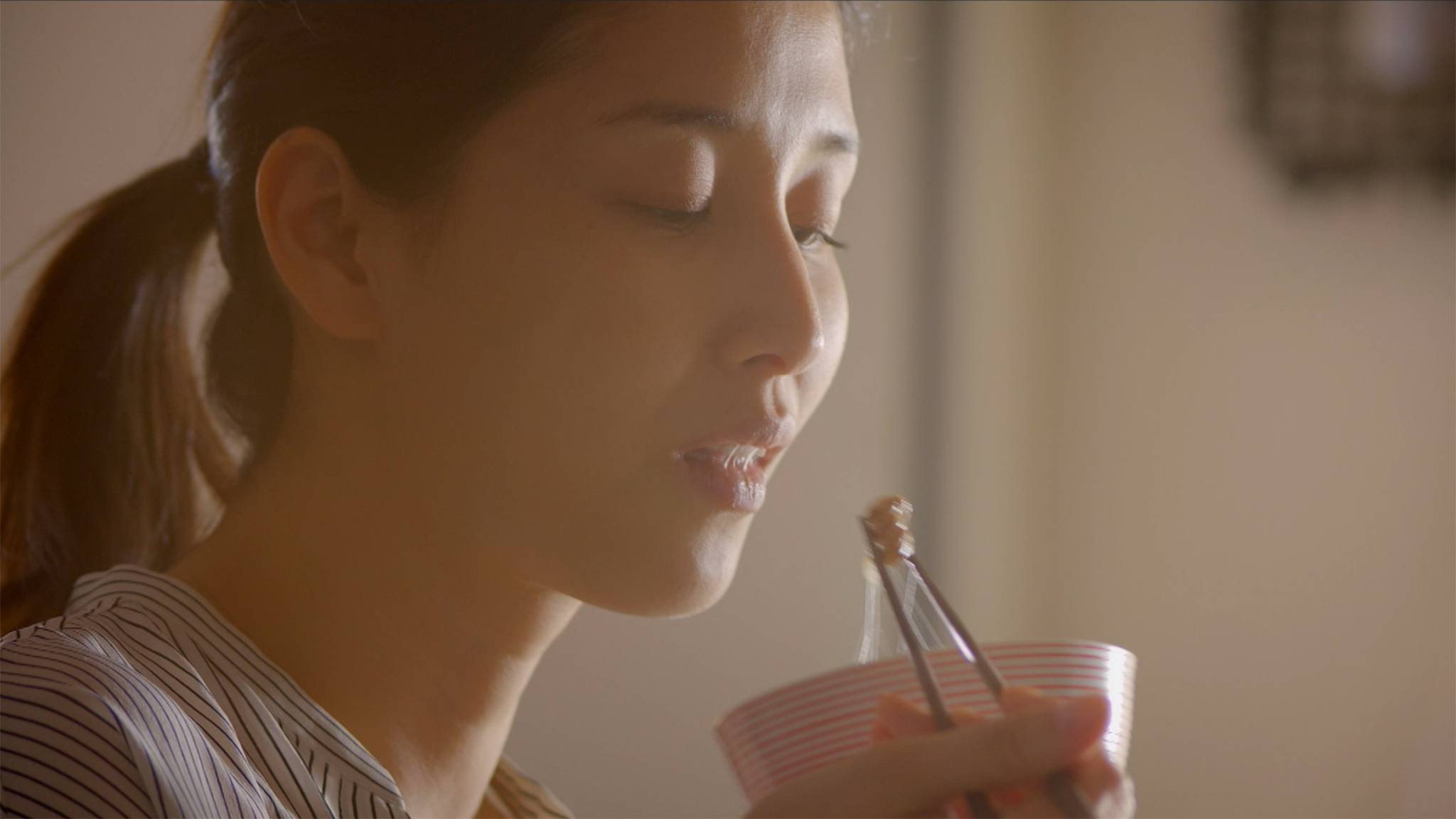 I believe Jonathan Rosenbaum once called the International Film Festival Rotterdam the “coldest and dirtiest” festival in the world. Dutch temperatures are indeed low at the end of January and the start of February and the festival often takes place while it alternates between snow and rain, creating a grey, slippery sludge on the streets. The dirty part also referred to the programming: there was a time when the festival was known for showing quite a few Japanese pinku films when other ‘reputable’ European festivals would not.

None of this applies to this year’s IFFR, or does it? Due to a renewed lockdown in the Netherlands, the festival has gone completely online for its February edition (the festival’s been split in two, with the latter half taking place in June), and shows only two Japanese films in its current line-up. However, one of these two turns out to be quite dirty after all: it’s not called Sexual Drive (2021) for nothing.

Sexual Drive consists of three short segments in which sexual desires are connected to food consumption and humiliation. It contains no explicit sex scenes, but much explicit conversation about sex combined with women looking aroused by the food they consume or prepare. Definitely dirty. In the promotion material, those food scenes are immediately connected to Tampopo (1985), but sadly Sexual Drive can hardly compare to that cult classic. The scenes themselves are easily the best of the film though.

Making the dish called natto even remotely sexually suggestive is in itself quite a feat, and the gleeful, excited way with which the woman in the second segment prepares a hot and spicy tofu dish is a sight to behold. Especially, because in both cases, for the women this is connected to a (sexual, if not spiritual) liberation. The problem, however, is that the film falls flat each time in the build-up to these cathartic scenes. Whereas the three conclusions are suggestive, though perhaps not subtle, and perhaps even a bit sexy, everything leading up to that consists each time of a man being thoroughly sexually humiliated by the long monologues of a character named Kurita.

Not only are these scenes dull by themselves, in two out of three they mostly consist of him explicitly stating what he does sexually to the male partners of the women he’s describing, in order to humiliate these men. The only reason the conclusions work each time is because the women take agency and control, plus the eroticisation of the food. The catharsis that comes with them is, however, mostly unearned. Which makes Sexual Drive a largely underwhelming affair, with only just three good scenes. The rest has to be slogged through, making it feel a lot longer than the mere 70-minute running time.

The other Japanese film screening ‘at’ Rotterdam Aristocrats (2020), is of a very different nature. Though this sophisticated drama has a sensuality all of its own, one of subtle gestures and tense glances, of light emanating from a window into a rainy night. No wonder director Sode Yukiko (who previously made Mime-Mime in 2008 and Good Stripes in 2015) is seen as part of the young, promising future of Japanese cinema. This, her third feature film, she based on a novel by Yamauchi Mariko. Their narrative shifts between two women, who had and still have a very different experience living in current-day Tokyo.

Hanako grew up relatively privileged in the big city, coming from a wealthy family. But when she breaks up with her fiancé, she finds herself adrift in life. Under pressure from her family, she looks for a new fiancé. After a series of hilariously awkward dates, she seems to have found her man: suave lawyer Koichiro.

Meanwhile, Miki grew up in a small town, in a not so wealthy family. She was only able to get to university in Tokyo through excellent grades and hard work. But trying to make it in the big city proves to be very hard, especially as her family soon cannot support her anymore. She takes jobs as a hostess but still has to drop out of university. As a hostess, she meets a charismatic young man and starts an affair with this Koichiro.

In measured visual compositions, their stories form a subtle contrast to and commentary on each other’s situations, and on the social strata and norms of modern Tokyo. Despite her privileged background, Hanako finds herself as much intimidated by her even wealthier, powerful new in-laws, as Miki was by most of the wealthy students around her. Hanako’s startled upon first meeting her grandfather-in-law, he tells her he’s had a detective do a background check to see if she’s suitable marriage material for the family’s male heir. Koichiro shrugs off her reservations because they’re politicians and that’s just the way they’ve always done things. Gotta protect that family reputation.

Aristocrats is full of these scenes, that revolve around the importance of proper decorum, and how this is defined by class and social bubbles, and how both blind people to anybody’s experience of life but their own. The only thing that really breaks through these blind spots and bubbles, though only sometimes, is female solidarity, as so much of that decorum and social norms and expectations are patriarchal designs to push women in certain roles. Despite their class differences, when it comes to this Hanako and Miko can truly understand each other in the subtle skewering of social norms that is Aristocrats.