Suspension of Rationality: A Thematic Discussion of Shohei Imamura’s Films 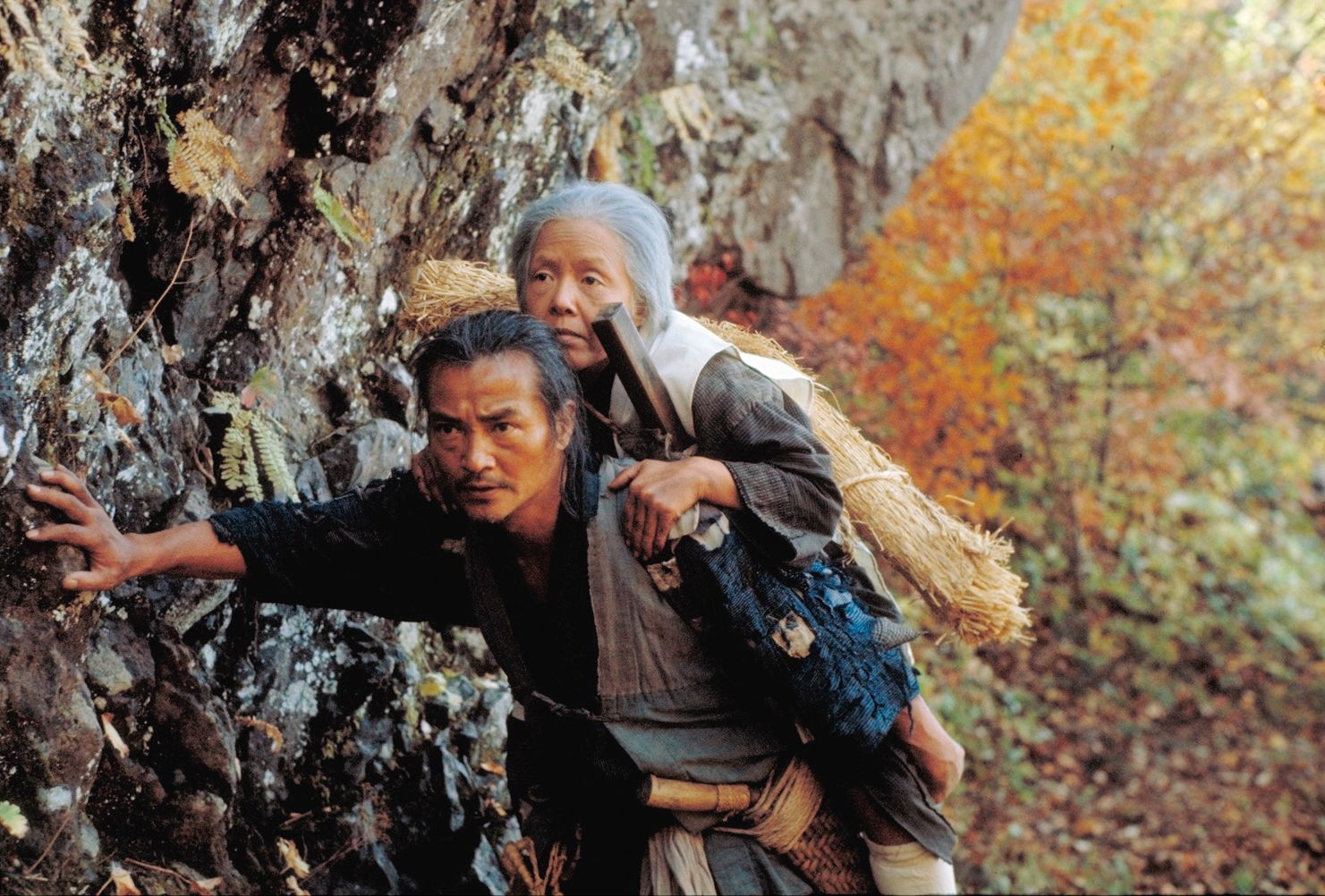 The final half hour of Ballad of Narayama (1983) might be the most peaceful, tranquil minutes of film in Shohei Imamura’s body of work. The elderly Orin is carried by her son to the top of mountain Narayama to die. It’s a ritual dictated by village laws, to make room for new life in the poor community. The way Imamura films this seemingly harsh tradition, makes it a profound, almost sacred ritual. It is not only the climax of the film itself, it feels like the catharsis Imamura has been looking for in his films since the early 60’s.

Early films like Pigs and Battleships (1961) and The Insect Woman (1963) saw the struggle of young people in modern Japanese society. It portrays the hardships of working class life, black-marketers, and prostitution; the kind of life Imamura was familiar with, as he spent years living in the sleazy hoods such as portrayed in Pigs and Battleships.

In Nishi-Ginza Station (1958) Imamura makes a comedy out of a man’s fantasy to escape from Tokyo to a tropical island. Although this resort comically turns out to be an illusion, these desires to flee from society, would be a familiar theme in later Imamura films. He once called present-day society an ‘illusion’, instead of the often-tropical environments the characters long for.

The title of his 1967 documentary A Man Vanishes speaks for itself. A man disappears from society, his whereabouts unknown. Imamura and his crew interview the people who have known him, yet fail to solve this mystery. The film is mainly about the difficulty to know and represent reality, but it’s not hard to see the appeal of such a disappearance from society to Imamura.

His next film Profound Desires of the Gods (1968) saw in a way Imamura’s own disappearance from society. The film was made on Okinawa, the semitropical islands south west of Japan. Filming took about eighteen months, as Imamura found himself increasingly immersed in Okinawa’s primitive way of life. One imagines this would be in the same fashion as the engineer in this film who visits the island from Tokyo. In the beginning, he rejects the primitive way of life on the island. But his ‘civilised’ principles falter, when overwhelmed by the strangeness of their culture.

Although sunny Okinawa may look like an idyllic place, thanks to the beautiful photography, it is far from a paradise. The rules by which the islanders live seem far harsher than that of continental society. It’s a life lived in a more spiritual way, especially by the Futori family. The family to which most of the main characters belong. This family dedicates their lives to the gods of the island. It is believed the giant rock that demolished their rice fields is a punishment from the gods. Nekichi has been chained by his father near the rock, and is forced to dig a hole to get rid of the rock. Within this family, incest seems a quite regular form of sexual intercourse. Although one of the citizens criticises them for imitating the gods in this way, it doesn’t bother any of the family members. Imamura inserted several scenes of sexual violation, often juxtaposed to images of mating animals.

Imamura increased the spiritual content by adding a legend about the gods who had founded the island. A song about this legend is repeated throughout, and in the end the present-day story seem to cross over in this tale. It gives the climax of the film a dreamlike quality; the viewer cannot be sure what part is fantasy and what part realistic, just like the baffled engineer from Tokyo.

Fear of the Irrational — The Ballad of Narayama

Remote areas continued to evoke Imamura’s interest. One might even see Ballad of Narayama as a companion piece to Profound Desires of the Gods. Filming took place in northern Japan, over the course of fifteen months, in a very isolated area. The lengthy aerial opening shot highlights this remoteness. In the end of it, we see this small village near the mountain Narayama. We are told early on that old people should be carried to the top of Narayama, near the Gods, to die and make room for new life. Poverty forces the inhabitants to enforce strict birth control rules and regulations. Babies who are superfluous are killed and buried in the fields. Similar cruelty was also heard of in Profound Desires of the Gods, where pregnant women were sometimes forced to jump of high cliffs.

Although we might initially be put off by the various kinds of cruelty we witness, there is also something touching in the way these people live according to nature’s cycle of life. There is a certain dignity in Orin’s approach of death. It’s a death on her own terms and she finds comfort in the idea her death will make way for new life. She even breaks her teeth (for this goal Imamura had her remove her teeth), to convince her son it’s her time to make the trip to Narayama.

Although Imamura was less than enthusiastic about his work as an assistant director for Yasujiro Ozu, Ozu’s influence does not seem to be entirely absent in Imamura’s style. The most striking similarity is in the shots of nature, which Imamura often inserts between two scenes. Images of fish, birds and most of all: snakes, function as a continuing reminder of the closeness of nature and the absence of modern culture. To Imamura, there was also a symbolic meaning in these images, as snakes symbolized to him the fear of irrationality.

This notion might be the key to Imamura’s films. The communities he portrays are far from idyllic. Few viewers would prefer these kinds of life to that in modern day society. But he manages to create examples of alternative ways of life, in which rationality is almost banned. A contrast to the over-rationalized way modern day society is established. Imamura challenges the viewer to suspend his rational view of life and to be immersed in communities that are founded on a basis of irrationality. A great challenge indeed; to most people it will take at least as much to appreciate these measures of irrationality as it will take to overcome the fear of snakes.