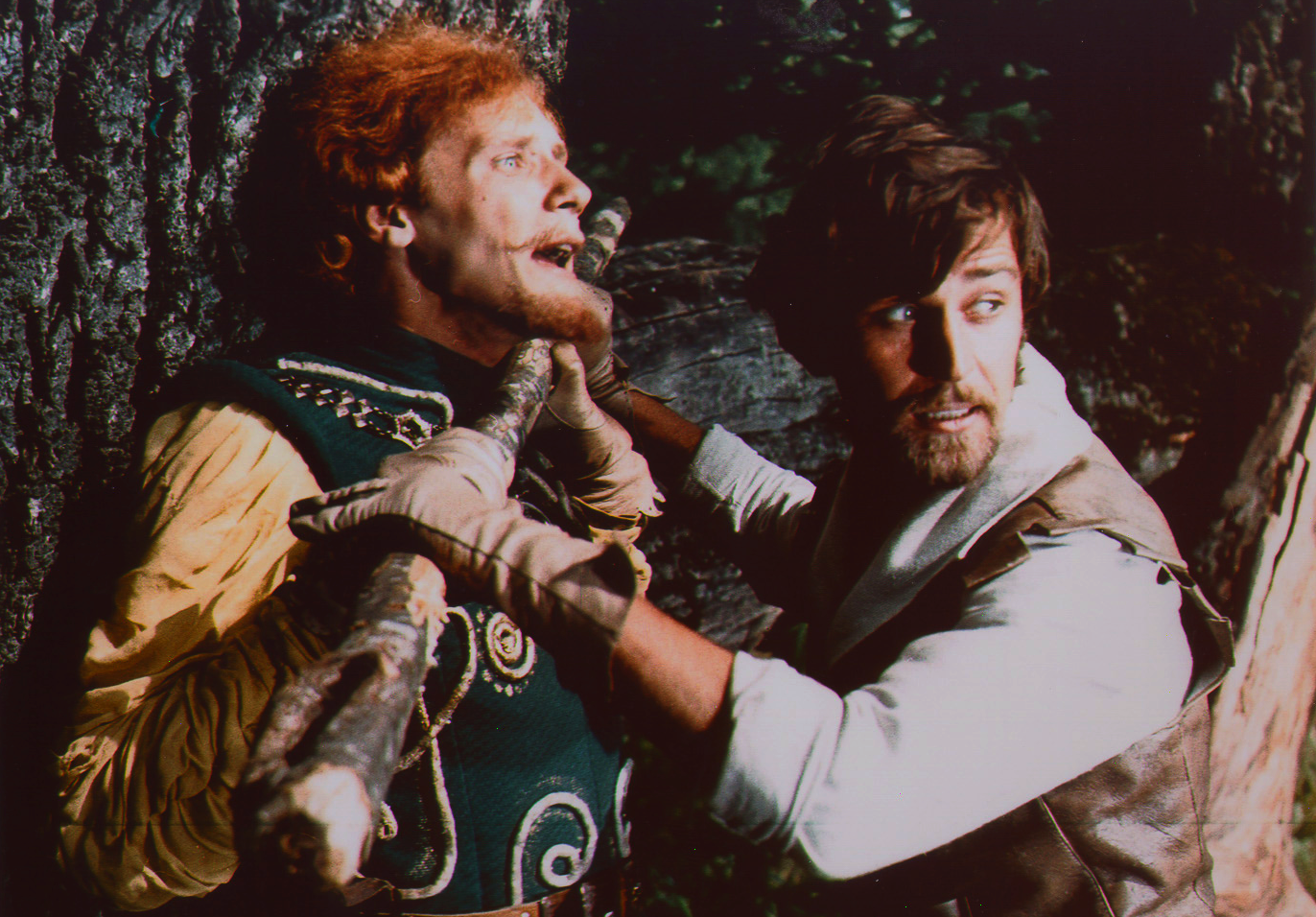 The Last Relic is one of the most beloved classics of Estonian cinema. A ‘sword and cloak’ adventure film in which a hero tries and saves a girl, that doubles as Soviet era pro-socialist propaganda while attacking both organised religion and (European) aristocracy. Yet, there are slight subversive notes that undercut this propaganda and hint at possible true feelings of the filmmakers. To fully understand how these layers work and why the film has taken such prominence in the Estonian popular imagination, we need to take a quick dive in Estonian (film) history.

The history of Estonia is one of subjugation, for the most part. From medieval times onwards, most of Estonia was ruled over by Danes, Swedes, Russians, and/or Germans. The latter permanently settled as a sort of ruling class of merchants and aristocracy, although they too were subservient too whichever foreign power took over. Meanwhile, the Estonian indigenous population were always subjects and often serfs to both. Only in 1918 was Estonia declared a sovereign, independent state. But then during World War II the country was invaded by both Nazis and Soviets, and remained a Soviet client state until 1990. It was only during what in Estonia is referred to as the Soviet occupation that any real film infrastructure was built up, resulting in a brief Estonian New Wave period in the late 1960s.

The Last Relic is very much a product of that period, even though it takes place in medieval times when the region was called Livonia, reflecting Estonian past and present at the same time. Our hero, Gabriel, is a Robin Hood of sorts, who finds himself at odds with both the Catholic church and the German aristocracy, and helps the local Estonian peasants stage a revolution against both. But he cares about neither. All he cares is about is his freedom (he states he’s a free man several times, meaning he’s not a serf or in any way beholden to a lord) and the beautiful Agnes. She’s betrothed to a German lord, who only wants to give the relic of the title, remains of Saint Brigitta, to the church after the wedding. But then she escapes his clutches and meets our hero and, of course, they fall in love.

Thus church and aristocrats conspire together to get her back, and later become allies against the Estonian peasants when they rise up against the church and the German aristocracy. Although the Reformation is mentioned early in the film, their motivation seems unrelated. They talk more of ousting foreign rulers and of land redistribution. These nationalistic proto-Bolsheviks are helped by Gabriel, but only because their storming of castles and convents helps him to infiltrate and get close to Agnes, each time. He’s a lover, not a revolutionary. Both are stabbed in the back by his half brother, an Estonian equally free as Gabriel, but using the freedom to fight for the Church and Germans, to get paid.

And so, the villains together combine blind belief in relics of saints, aristocratic assumptions, buffoonery, and exploitation of peasants, plus capitalist self-aggrandisement as sources of evil. Who are ultimately only defeated by a peasant, communist uprising. It could be a simple morality tale/propaganda of the Soviet era, except the figure of Gabriel complicates matters. He continually insists on being a free man, and his freedom is both a personal freedom and something he feels very personal about. Thus, when in the last scene we see a march of victorious peasants with him and Agnes in it, he should be happy. But the final is a close-up of his frowning face, looking about as happy as Dustin Hoffman in the final shot of The Graduate. His look feels like a protest against censorship and loss of freedom in Soviet times.

Besides Gabriel, the peasants might also not be the simple metaphor for the Soviet working class they sometimes appear to be due to their speeches. The fact that they prepare their revolt while hiding in the forest, might allude to the infamous ‘Forest Brothers’, a group of rebels against first the Nazis and later the Soviets in the 1940s and 1950s, who hid in the forests of Estonia, Latvia, and Lithuania. An overt reference it is not, but then that would’ve been very difficult to slip past the Soviet censors in 1969. Less subtle is a cut from the mouths of the peasants, spouting revolutionary rhetoric, directly to a herd of sheep galloping.

Considering these layers and the time of release it’s not hard to see why The Last Relic has endured as such a (cult) classic in Estonia. They make it possible to read the film both as an anti-religious, anti-ruling class screed, or as a subtle subversive commentary on such a screed, and a cry for freedom amidst censorship and propaganda. Yet, none of this distracts or detracts from the cinematic joys of its genre, including both heroes and villains falling down trap doors in castles, secret passageways, sword fights, and horse chases. And finally there’s the pleasant folk-pop soundtrack, with songs sung sometimes from the perspective of characters and sometimes commenting on their actions. What’s not to love?