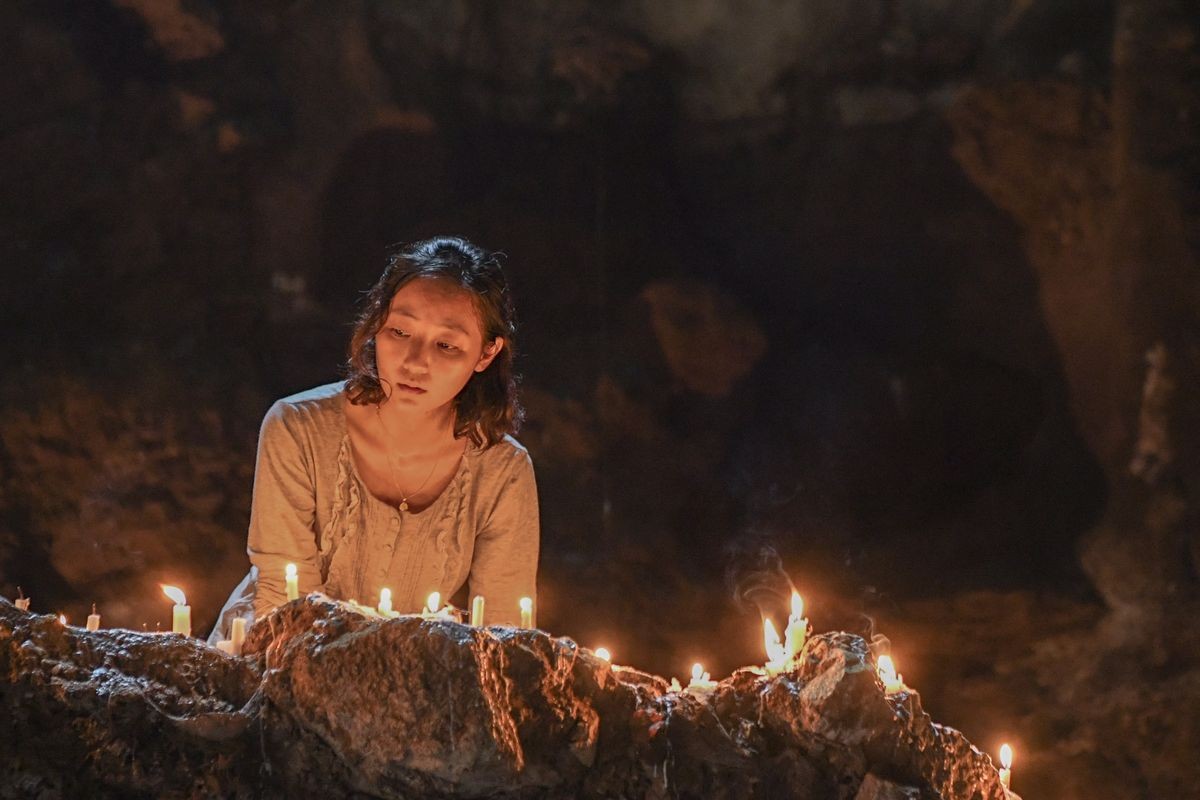 In a long shot, filmed through a bedroom window at night, a figure slowly glides over the garden behind the house. Is it a woman, a man, a god or a demon? It’s near impossible to tell, but their slow movement does have something spellbinding that borders on the supernatural. The Story of Southern Islet (2020) is full of such beautifully moody images and scenes, and sometimes that’s all you really need to go on in a year like this.

What do you remember from a good film festival? Hopefully, the films, naturally. But memories of a great festival will equally be about the atmosphere there, and the people. The meeting of old friends, the making of new friends, the experience of local culture and food. Engaging with local history, if one is so lucky.

Very little of that is currently possible, during the global pandemic that has raged on for most of 2020, except for a few locals in countries that had a good response to the COVID-19 virus. That being said, it is great that film festivals still are able to exist, in whatever forms possible. And to be able to see festival films, even isolated from home, is still a rare privilege, especially when it comes to such an esteemed festival as the Taipei Golden Horse Film Festival. Having to watch films from home, however, does make experiencing the atmosphere and mood of a festival impossible, except in one form: through the films themselves.

The Story of Southern Islet has atmosphere in spades. Chong Keat-aun’s debut feature slowly lulls you into a near dream-like state, until the line between reality and dream are as vague as that between the natural and the supernatural sometimes becomes in the film. The story is that of a woman whose mission to cure her husband’s mysterious illness takes her on a journey from doctors to shamans ever deeper into local legends. It’s not always easy to follow, but that’s part of the appeal.

Chong provides a window into a mysterious world, which you can easily get lost in, just as the protagonist does. Part of the mystery comes from the local mythology of the Chinese diaspora in Malaysia. Perhaps more knowledge of local customs and myths would make The Story of Southern Islet feel more clear and less strange. Though getting lost a bit in that wonderful mix is a big part of what makes the film such a strong debut, with what feels like a strong artistic vision. The Story of Southern Islet is a fascinating first film, with a very specific atmosphere and visual sense that is somewhat reminiscent of the work of Apichatpong Weerasethakul.

Mickey on the Road (2020) is also slow and atmospheric, but in a very different way. Where The Story of Southern Isle is mostly rural, Mickey on the Road is mostly urban and filled with beautifully lit scenes of city night life. In Lu Mian-mian’s debut feature, the eponymous Mickey and her friend Gin Gin drift through their young lives and southern Taiwan, evocatively communicated through a number of montages peppered throughout the film. Eventually, they look for meaning by travelling to Guangzhou, but get lost as soon as they realise they can’t access Google Maps anymore in China. Yet, what lingers on long after their adventures are over and Mickey has finally achieved at least one of her goals in life, are the images of the duo riding a motorcycle at night, and the lights of the city around them.

Hand Rolled Cigarette (2020) takes us to Hong Kong for an even more urban atmosphere. Specifically that of the Chungking Mansions building – famous ever since Wong Kar-Wai filmed Chungking Express (1994) there. A hotbed of crime for some, a safe haven for others and most of all a microcosm society where over 120 nationalities have found a home or do business. Where a former soldier doing deals with gangsters stands up against his boss by hiding and protecting an Indian immigrant who has nowhere else to go. Hand Rolled Cigarette delivers tension and fight scenes, while examining the plight of immigrants in Hong Kong and the long term effect of the 1997 Handover on those who had pledged loyalty to the British Crown, and have felt abandoned ever since. Through its combination of social commentary and beautifully stylised action, while lingering deliciously in the unique atmosphere of its location, Hand Rolled Cigarette stands proud in the tradition of Hong Kong crime cinema by the likes of Wong Kar-Wai and Fruit Chan. No wonder, since first time director Chan Kin-long started out in the Chinese-language film industry as an actor in Chan’s magnificent The Midnight After (2014).

This Outdoors article was published in December 2020