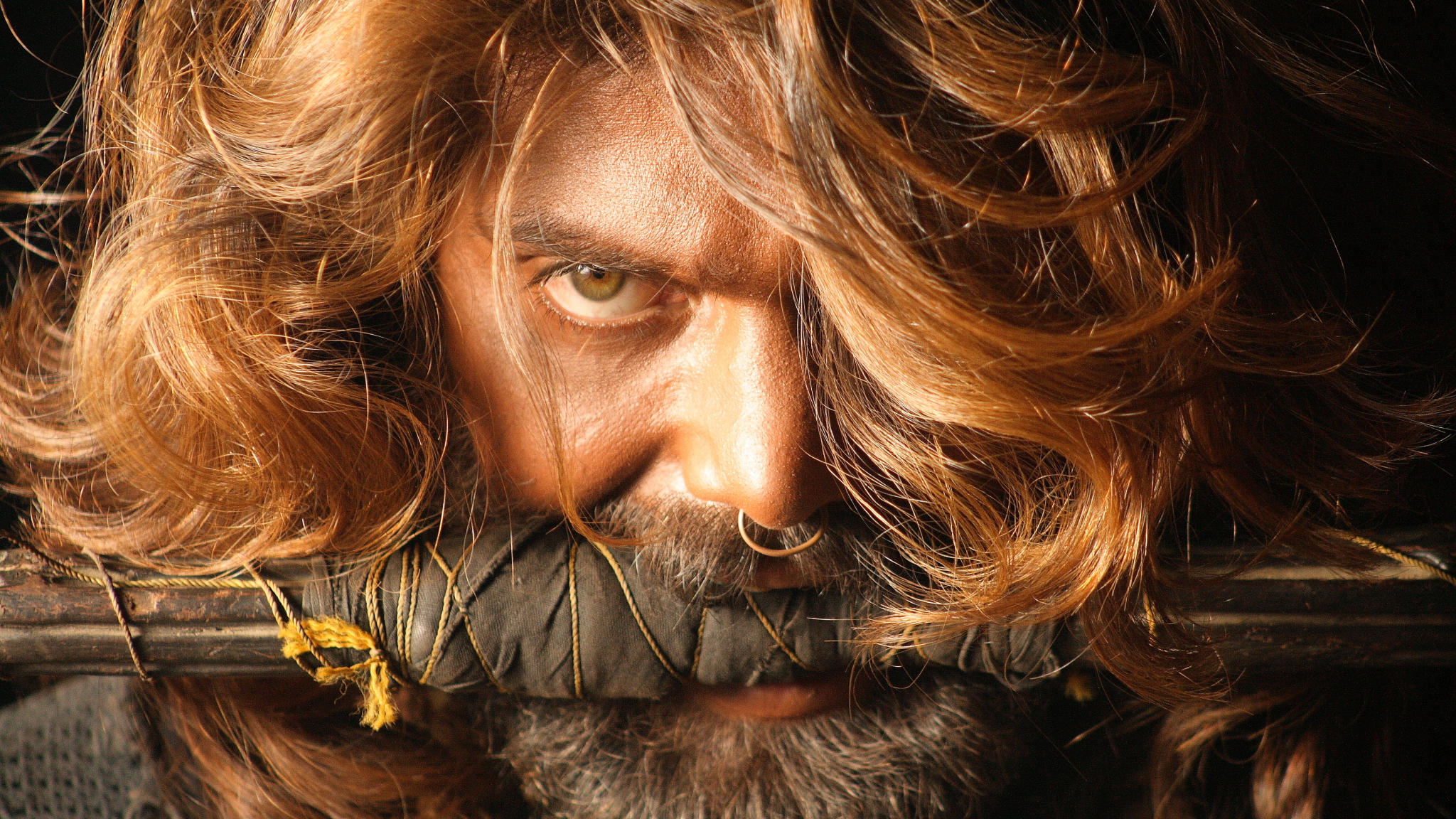 Around the turn of the last millennium, a wave of filmmakers from Tamil Nadu, a state in the south of India, stood up and raised their voices against the contemporary political situation. The result? Tamil New Wave: Indian cinema that reveals what is really going on in today’s society and especially how politicians deal with it in a politically incorrect way.

Guest programmer at the International Film Festival Rotterdam (IFFR), Olaf Möller, curated about fourteen films made by directors of the Tamil New Wave, under the name House on Fire. “Tamil cinema is a representation of the audience and a reflection on the political situation,” says Ram, director of Tamil M.A, during a panel of Tamil Filmmakers at the IFFR. “These films reflect the reality of Tamil Nadu. We do not send a message, but a thesis. We want to show a particular truth and what a filmmaker understands of it.”

So what are Tamil New Wave directors angry about, and how do they express this?

Cinema of the Poor

Above all, Tamil New Wave is the cinema of the forgotten, or rather about people that society likes to hide: the poor and the disabled. Director Bala shocked India in 2009 with his I Am God (Naan kadavul), a social realistic film about a father who left his son, Rudran, fourteen years ago for astrological reasons. In this period, Rudran has become an opium-addicted Aghori, a sadhu who engages in post-mortem rituals. The father takes his son back to Tamil Nadu, a world where physically and mentally disabled people live under the control of the cruel Thandavan. These people do not get the care they need. Instead, they have to beg, in order to gain money for their boss. If they do not obey, they will be hit.

What is striking, is that some of the disabled people are dressed like Gods. It’s almost as if they want to say: ‘Morally seen, we are higher than rich and healthy people.’, which is, in a particular way, true. These people do not hit or abuse others. They care about their extended family and have a lot of fun, although they have a handicap and their living circumstances are very bad. They even forgive their mean boss Muruga for his sins, by singing: “You’re our mother and our father too. You’re the God who supports us with affection.”

There is a huge difference between the rich and the poor in Tamil Nadu. Fortunately, you can take great advantage of that in a very original way, as the youngsters in Evil Engulfs (Soodhu kavvum, 2013) do. This black comedy/crime film, made by Nalam Kumarasamy, is about Das, a professional but not so smart kidnapper. Together with his assistants, he kidnaps innocent children from the streets.

However, they do not dare to hurt these kids. After all, they don’t want the kids. They only want the money from their rich parents. Do they kidnap every kid? Of course not! Das has set up a special, well considered, ‘awesome’ kednap list (his misspelling) with the do’s and don’ts for kidnap events. Stealing a kid from a politician? Extremely forbidden!

The Devil (Pisasu, 2014), a horror, Chennai noir film from Mysskin, shows that some rich people do care about the poor rather than about their reputation. Violinist Siddharth is a wealthy man, living in his own apartment in Chennai. One day, he witnesses a traffic accident that killed a beautiful young woman. This is the beginning of a series of strange activities taking place in his apartment.

Regularly, he goes to the train station, where poor blind people and a young girl who can sing very well live. Siddharth likes to play violin when the girl sings, despite the fact she’s a beggar. Like the blind beggars, he wears his sunglasses too, like an act of solidarity. But taking these people from the streets, as the little girl suggests. is a bridge too far. Corruption is a Good Thing

You wouldn’t expect policemen and politicians to be corrupt since they are the authority of our society, would you? They do in Tamil Nadu. There everything revolves around money and reputation. A policeman is not everybody’s best friend: it can be your worst enemy, as Bala in I Am God shows.

Here, the police hits the singing beggars at the police station and even cooporates with Muruga, a man who owns and trades disabled beggars. They rudely give a blind girl to Muruga, who brings her to his cave. She has to sing and beg for money for her new boss, just like all the other beggars. Needless to say, they are not allowed to have some money for themselves.

Evil Engulfs starts with an arrest of a minister for the attempted bribe by State Minister Gnanodayam. Nambikkai wants to take revenge on the State Minister and asks Das to kidnap his son Arumai, of course for a large amount of money. Das makes an exception to his rules and kidnaps Arumai. However, he lets him free after Arumai promises to not tell the police anything about his kidnap activities and to share the money from his father.

Since State Minister Gnanodayam is no proponent of corruption, he disapproves his son’s behaviour. Besides, he is very afraid that his son will ruin his reputation. The State Minister wants to give the money that was supposed to be for the discharge of Arumai back to the chief minister. The response of the chief minister is very surprising. He asks Arumai to be candidate for the upcoming general elections, since his father never brought much income to the party due to his refusal to be corrupt.

In Tamil Nadu, being corrupt brings you further in life than not being involved in corruption.

But does having a lot of money and a high reputation makes you really happy? Beggar trader Muruga shows in a drunk mood that this is not the case. He throws his money around and shouts “Take it!” to the disabled orphans. He clearly feels ashamed about his behaviour.

Wealthy young man Siddharth doesn’t look happy either. All he is looking for is love from somebody who is dead and justice. He’ll only be satisfied if he can find the person who killed his lover during a traffic accident.

Do you live in Tamil Nadu and do you have a problem with someone? Well, then violence is the only way to solve the issue. The blind girl in I Am God asks Rudran for help, when she notices that two men want to take her away from her new kind of family. Rudran wakes up, runs after the men and fights against them like a beast. He is angry and wild and he’ll give them a suitable punishment for what they have done.

In Evil Engulfs, Arumai lies in court that he has never seen the arrested kidnappers and so the case is closed. That’s not a good thing for the status of the policemen who arrested them and so they will find a solution on their own. They will hit the kidnappers and finally shoot them down. Unfortunately, one of the policemen shoots himself, so his attempt to revenge and to save his reputation didn’t work out quite well.

And so did the attempt to steal a bag from Siddharth in The Devil. A group of men steal a bag with money which belongs to the singing girl in the railway station. Siddharth tries to get it back and receives a lot of punches and kicks in return. When one of the men wants to give a final hit with a broken bottle, the man stumbles and stabs himself with his self-made weapon. Apparently, solving problems with violence is not always the best case.

Noticeably, in all these films, women are hit if they do not obey men. The father of Radrun is hit by her husband out of fear for his family name. State Minister Gnanodayam hits his wife because is afraid she will ruin his reputation. In the apartment block where Siddharth lives, a drunken man hits his wife several times without any good reason. In Tamil Nadu, women seldom get a voice.

Tamil New Wave is characteristic for its variety of genres, as I Am God, Evil Engulfs, and The Devil show. The first film is very realistic and shows all the cruel things that happen in Tamil Nadu. However, this film contains a fairytale-like touch as well. You can consider Radrun as a beast who lives in his own habitat and saves the poor blind girl (as Belle) from the bad guys.

Does the story have a happy ending? In a sour way, it has, since the beast releases Belle from her suffering. In Bala’s film, the only way to get out of this terrible situation is to get burned, so it seems. Fire is everywhere; you can feel the heat created by all this tension.

Not only by showing what really goes wrong in Tamil Nadu’s society, Bala expresses his anger about the contemporary political situation. His frustrations are also visually noticeable. Some scenes are shot with a lot of camera movements. Some are even shaky thanks to the use of a hand held camera, which expresses even more his frustrated feeling.

In Evil Engulfs, Kumarasamy uses black humour to adress social and political problems in a satirical way. He portrays Tamil Nadu as an area where corruption, abuse, kidnapping are accepted by both politicians as well as civilians. The only one who doesn’t accept these activities is considered as a traitor.

The Devil is rather sad, both in story as in visuals. Static scenes that observe the sad situation people live in dominate the film. Dull violin music only reinforces the sad feeling Siddharts lives with, while he is longing for something he can’t get. While overlooking that what he’s looking for is in fact very close to him already.

In The Devil, fire is a metaphor for forgetting the past. Siddharth finally meets the ghost of his lover and also finds her frozen body at her father’s home. The ghost takes the body and gets into Siddharth’s car: the car with which he caused her accident. The car is set on fire and so the ghost, the body and the car burn down, to let her rest in peace according to Hindu tradition. The past is burning down and will eventually be forgotten.