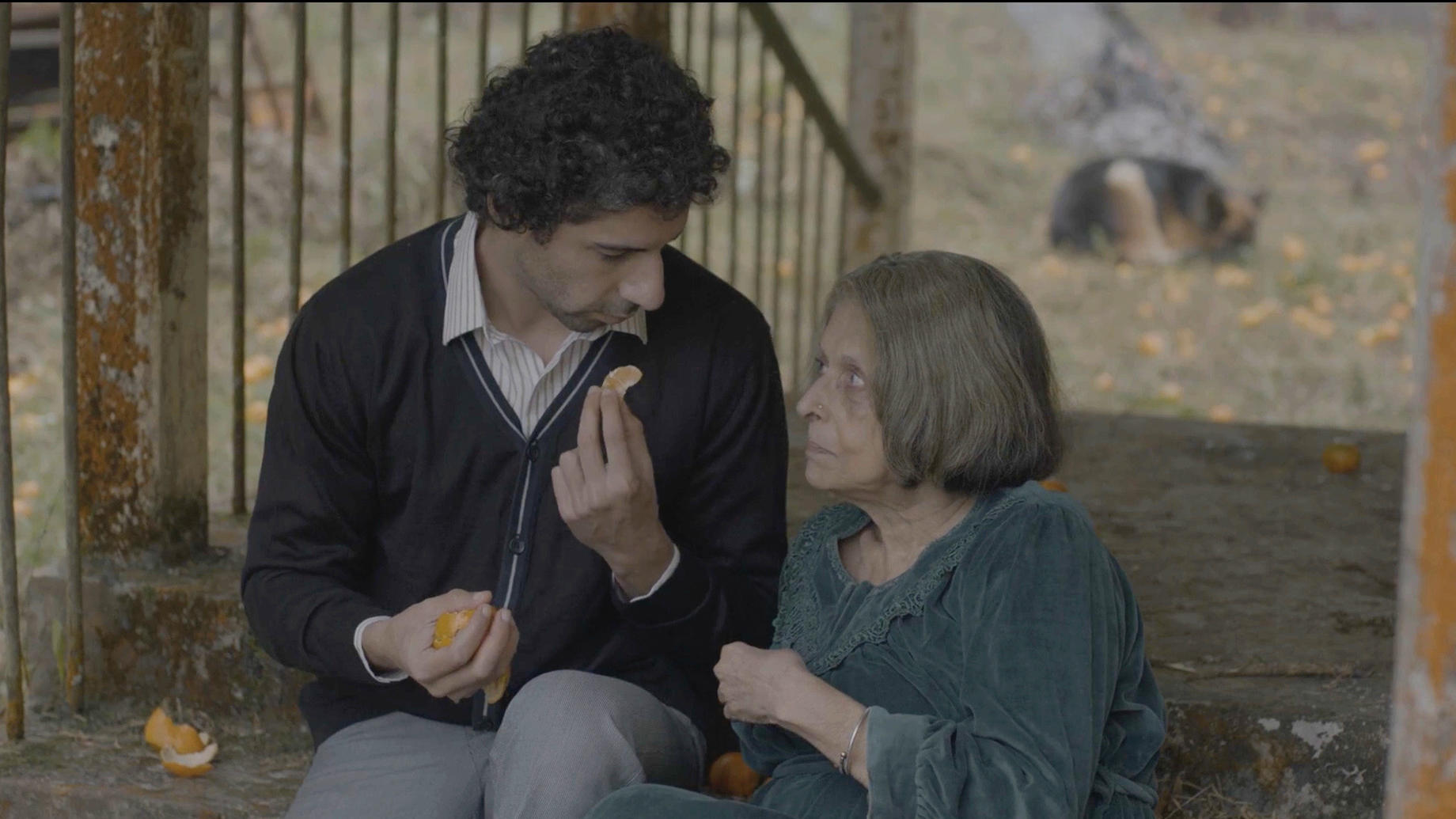 One important pleasure of the International Film Festival Rotterdam (IFFR) is discovering new cinema. New to the world, and/or new to me. The festival programming features many debuts and films by young filmmakers from all over the world and side programmes focussing on the oeuvres of unknown filmmakers or certain kinds of films from specific regions that don’t get much attention (such as the political commercial cinema of Tamil Nadu or a documentary on the future of Senegalese Cinema).

Jeong Ga-Young’s Hit The Night (2017) was one of the festival’s highlights for me. Jeong’s second film is a simple but very smart film, starring herself as a screenwriter writing her first script. For research, she interviews a young man about his love life and even sex life. The conversation takes places in various kinds of bars, as she gets him drunker throughout the night. As it turns out, this as much a date for her as it is ‘research’. As the questions become more intimate, her desire for him becomes clear.

Jeong’s unassuming, direct style, the all-night drinking, the filmmaker protagonist, the bumbling, failing romance, the comedy mired in melancholy: Hong Sangsoo influence is undeniable. And yet Jeong definitely finds her own voice with this film. A decidedly feminist voice, that challenges male notions of sexuality and gender roles within it, in present-day South Korea. An exciting, funny voice that we’ll hopefully hear more from in the future. If possible with a similar frequency as that of Hong.

A Tiger in Winter

Another filmmaker clearly influenced by Hong Sangsoo is Lee Kwangkuk, who started his film career as assistant director for Hong. Lee has been carving out his own path as a filmmaker, however, ever since 2011’s Romance Joe. His third and latest film, A Tiger in Winter (2017) sees him coming into his own more than ever, just like Jeong. It was also the first film at the festival where I noticed what would turn out to be the unexpected motif of the festival: tangerines.

Yoo-jung, a lonely writer struggling with starting her second novel and ex-girlfriend of main character Kyung-Yoo, piles up halves of tangerines, and the peels in a separate pile. She doesn’t eat any of the tangerine halves, however, as her piles are merely an illustration of her writer’s block, not for sustenance. Between this film, Hit the Night and the oeuvre of Hong, one wonders how large the community of struggling creatives is in South Korea. Or is it simply that the making of non-commercial cinema in South Korea leads one to ponder on failed romances and the search for fulfillment. At any rate, they make for lovely, subtly poetic cinema of the lost and wandering.

Another pleasure of the IFFR is seeing young talent return with films after seeing them debut at the festival previously. My favorite film of 2015 was Aditya Vikram Sengupta’s debut film Labour of Love (2014), a wonderful, wordless exploration of love through gestures and actions. So I was very excited to see him return to Rotterdam with his second feature, Jonaki (2017). Which also noticeably features tangerines in several scenes, in which they symbolize forbidden fruit (when Jonaki is fed them by a secret lover) or the memory thereof.

Jonaki has the same languid pace and breathtaking cinematography as Sengupta’s first feature, but not the same simplicity. It is based on the stories his grandmother used to tell him, and what he imagines her memories were on her deathbed when she lay murmuring in a coma for four days. So he cast an old woman to play the young woman in her memories, being doomed to a loveless life amidst decaying buildings in Kolkata. Its dream-like structure recalls Tarkovsky’s The Mirror (1975) and is a similar enveloping experience, even though Sengupta claims never to have seen it. Stylistically Jonaki feels even more assured and matured than Labour of Love, and I hope Sengupta will get to make many more feature films that’ll all screen at the IFFR.

Because another pleasure of the IFFR is being able to keep track of directors whose films only screenings in the country take place at the festival. French veteran Philippe Garrel is one such filmmaker, as crazy as it seems with his pedigree reaching all the way back to the French New Wave and his easily marketable, good-looking leads, including his own children. His latest fine film is Lover for a Day, starring his daughter Estelle as a young woman who just had her heart broken and who moves in with her dad, who’s living with a student of his, the same age as his daughter.

Lover for a Day is so much like Garrel’s previous two films, Jealousy (2013) and In the Shadow of Women, all 75 minutes long, all shot in similarly beautiful black-and-white and all dealing with the same issues of love, infidelity, and jealousy, that they’re now being called a trilogy. I just call them pure delight. There’s an elegance and very French allure to these dramatic yet funny films that philosophize on the nature of love through the words and deeds of their very fallible protagonists. And with their short length they always just breeze by, leaving me wanting more.