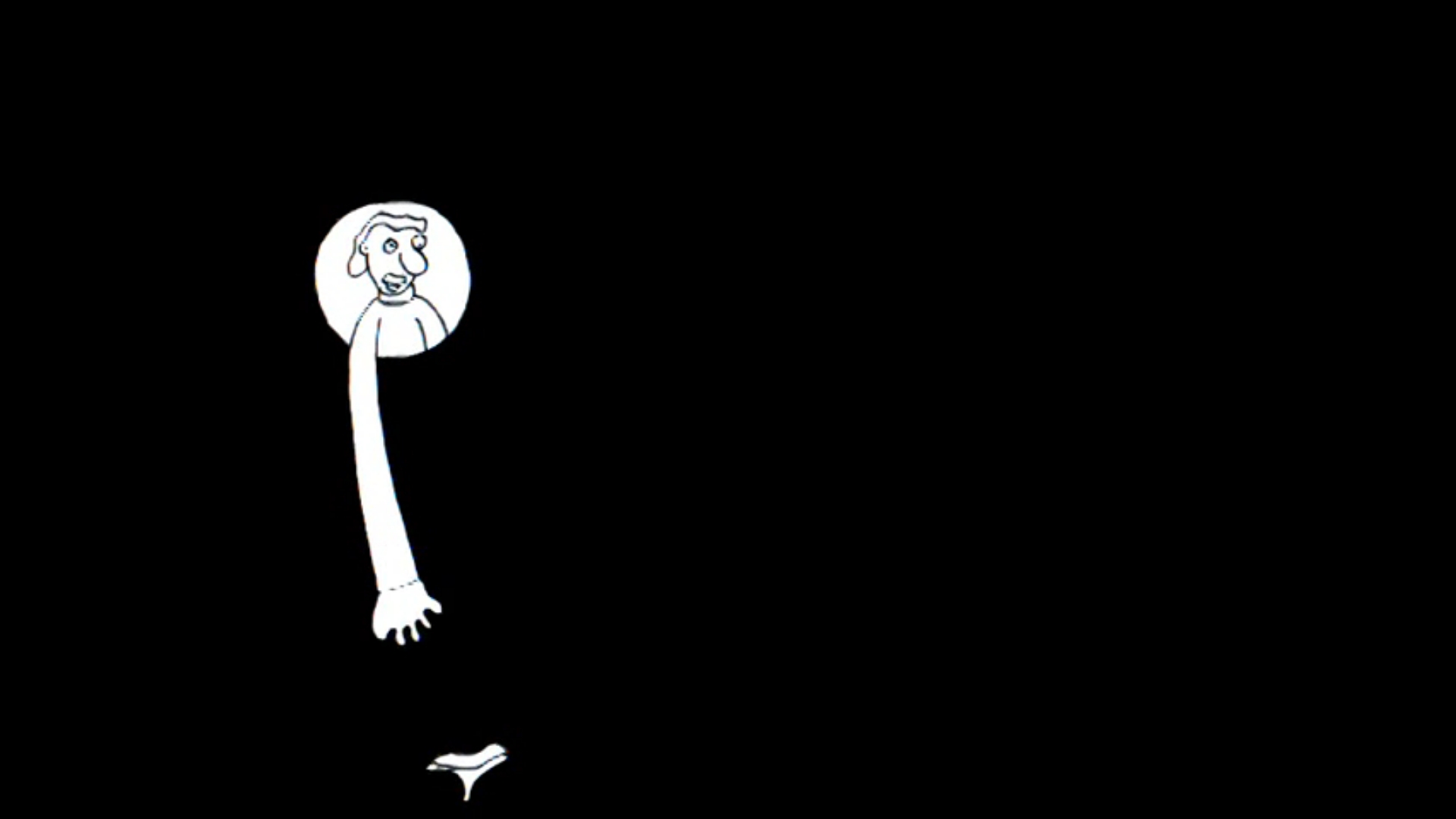 Tattoo (2008) is a four minute black-and-white film by the Albanian animator and artist Bertrand Shijaku that combines live-action and frame-by-frame animation. It is one of Shijaku’s most outstanding shorts in his oeuvre, which contains a lot of colourful, innocent short animation film aimed at a children’s audience.

Tattoo is divided into two episodes you can say, both starting with a view of a woman’s bottom. In the first episode, a male hand shifts the woman’s panties aside. Paintings drawn in thin black lines, looking like a tattoo, appear and disappear at the woman’s bottom, presenting some scenes of a couple’s love life. They don’t tell a linear story but rather highlight some of their romantic moments in life. The drawings are accompanied by jazz music.

The second episode starts with another woman’s bottom, a bottom that wears tinier panties. Two male hands model the bottom and again, tattoo-like drawings of a couple appear. Shijaku’s short looks funny and his idea is absolutely unique, but its attitude towards women is questionable. And what is actually the message of his film?

If Tattoo wasn’t weird enough already, it ends with a drawing of a man smoking a pipe. He expresses the crux of the film. The man starts to criticise women’s panties: whereas they used to be so big that they could cover a bottom completely, they are way too small nowadays. More important: it’s men who suffer from this. It makes you laugh on the one hand, but on the other hand it’s not quite a feminist approach to women’s panties.