Two Half Times in Hell 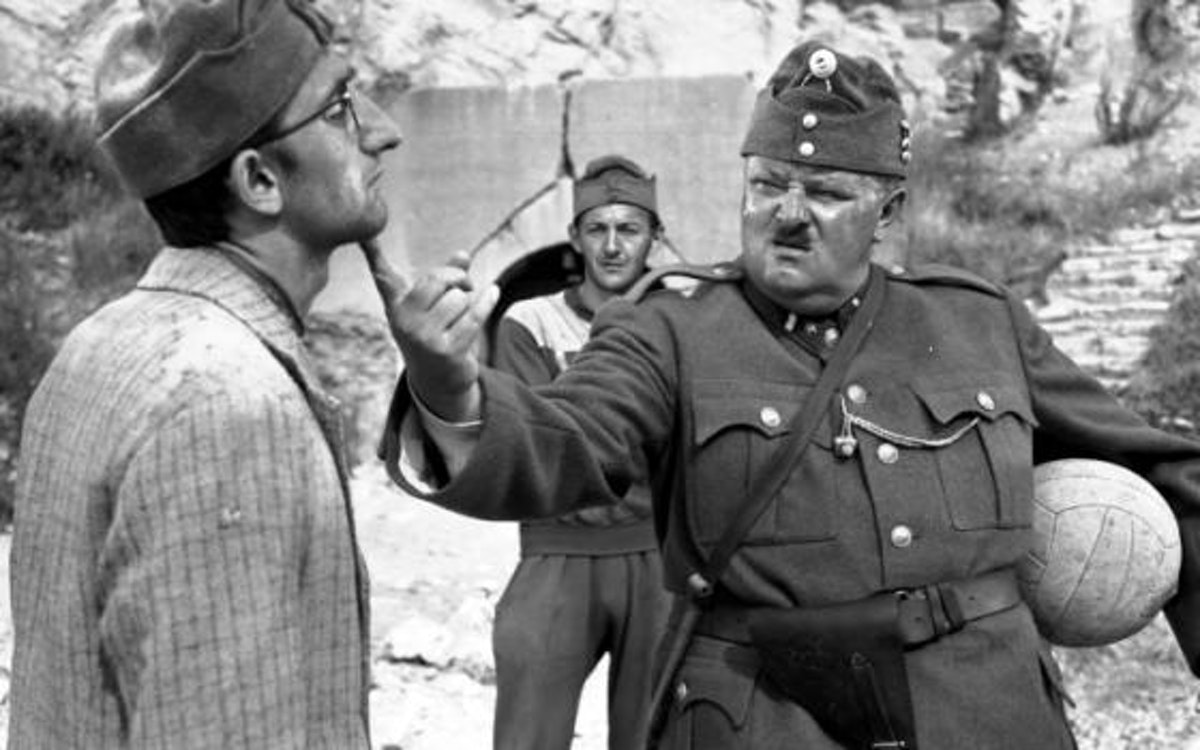 World Cup 2018 saw the downfall of great stars like Messi, Ronaldo and Neymar. They proved unable to overcome the weaknesses of their moderate team players. Football proved once again a team sport, as the best teams were heading for the finals. Meanwhile, attention was mostly aimed at the dramatic progress of the great stars’ objective of winning the cup despite their team.

The star of Two Half Times in Hell (1961) seems like a Messi avant la lettre, facing numerous difficulties creating a competitive football team. The setting though is extraordinary. It is 1944 and Hungarian prisoners are ordered to play a match against a Nazi team to celebrate Hitler’s birthday. A famous player named Onodi assembles the team. He forces the Nazi’s to agree to favourable conditions for the prisoners who join the team, in order to gain strength for the match.

The film is based on an actual event, although it was a Ukrainian team that played the Wehrmacht. This so-called ‘Death Match’ has long been obscured by myths. Soviet propaganda would have it the Ukrainians were threatened to lose their match, but instead, beat the Germans and were then executed. Research showed matches like these were quite common, and often won by Ukrainians. Although some players were executed some time afterwards, no connection to the match seems to exist.

Little of these facts were known when Zoltan Fabri made his film. Two Half Times in Hell possesses the spirit of the propaganda version of the Death Match: brave football players who provoke the Germans by frequently setting new conditions. More interesting are the dynamics inside the Hungarian team. Since only eleven players can be selected, and conditions for the team are comparatively comfortable, Onodi is putted under pressure by many prisoners to include them in his team. He is too competitive a football player to include players for kindness sake. Onodi harshly refuses the doctor who once healed him. Later on, he gets angry when he discovers a Jew he does include, lied about his football skills.

The players who are selected seldom agree about the tactics of their project. Some are only in it to enjoy the comfortable conditions, others seek opportunities to escape the camp. Just as many a sport film, Two Half Times in Hell is very much about the creation of unity between team players. If this may sound like the same cheesiness we meet so often in sport films, you may be right. But then you realise this micro cosmos exposes the way supressed society in war time is torn by conflicted interests. Lack of unity enables oppressors to retain their power, although Two Half Times in Hell shows little optimism about the results when unity is ultimately found.

This Essay Recommendation article was published in July 2018