That Girl in Yellow Boots: a White Emancipator 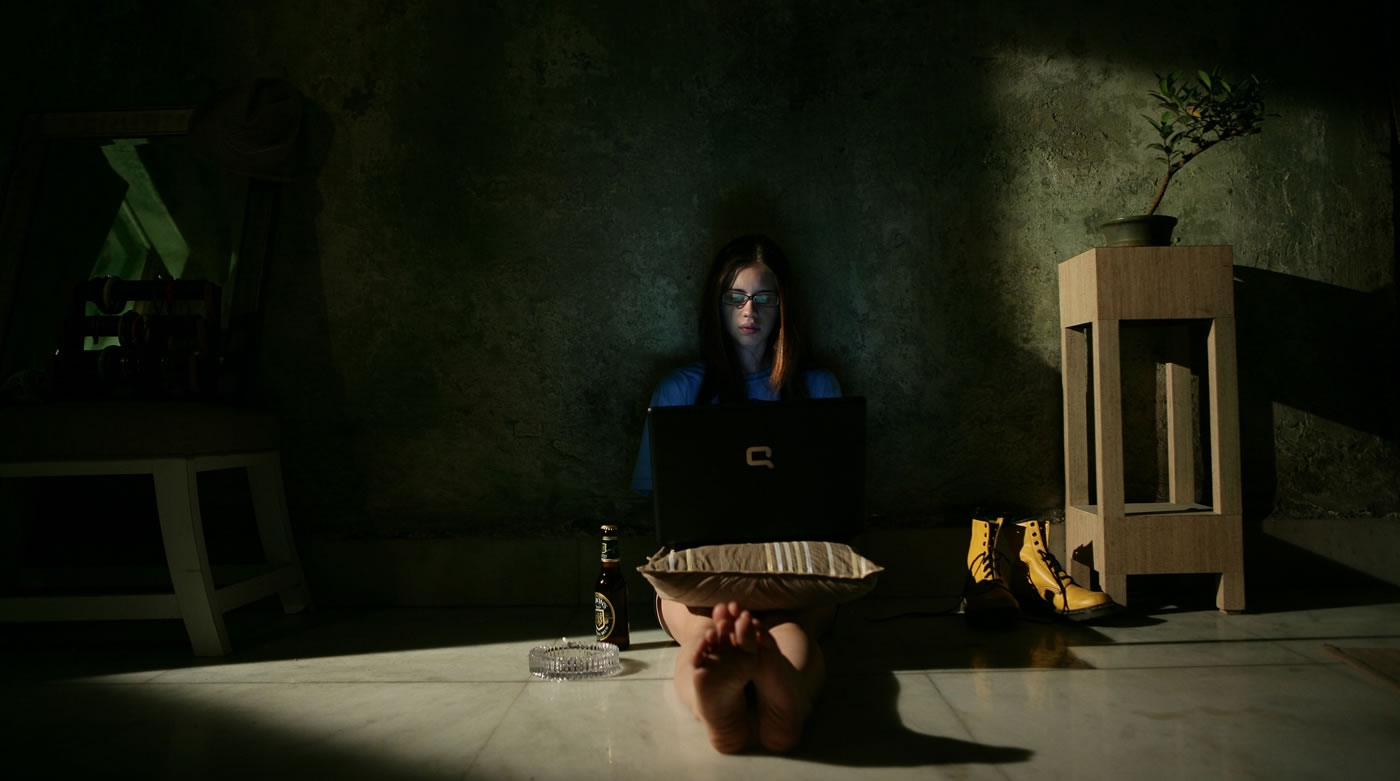 Kalki Koechlin in That Girl in Yellow Boots (2011)

The representation of white Western women in Indian cinema changed in the 21st century with the introduction of a new Indian independent film genre, called India’s New Independent Cinema or sometimes New Indian Cinema. By making low budget films in urban settings without many dance sequences, independent film makers dare to address social and political issues in Indian society, such as rape, prostitution, abuse and addiction. In other words: they show a more realistic Indian society instead of the colourful and idealistic interpretation found in commercial Bollywood films.

India’s New Independent Cinema has also addressed the problems Western women have to deal with in India. Anurag Kashyap’s That Girl in Yellow Boots (2011) is an example of an independent Indian film that shows how people, Indian men in particular, really think about Western women and how they are treated. Being a White Girl in Bombay

In That Girl in Yellow Boots Kalki Koechlin (an Indian actress of French descent) plays the main character: the British Ruth, who came to Mumbai to search for her father. During her stay, she finds out that it is not easy for white Western women to live in India.

During a conversation with an Indian man who wants to help Ruth to find her father, she says: “I just get a bit paranoid, being a white girl in Bombay. Get a lot of dirty questions.” Not only does Ruth get dirty questions. A lot of Indian men treat Ruth as an easy and stupid white girl. The men at the office where Ruth wants to get a passport speak to her very rudely, look at her as if she doesn’t know what she is doing and even laughs at her during the application process.

Ruth not only notices that men think that she is stupid. Men treat her aggressively as well. Her boyfriend, a drug addict, forces her to have sex with him, although she clearly says she doesn’t want to. She refuses and escapes. Moreover, her boyfriend hit her several times.

One day when she comes home, she meets a couple of men in her house. These men have stolen the money she worked so hard for. If that isn’t terrible enough, they laugh at her and hit her in her face. Indian men in That Girl in Yellow Boots humiliate and hurt the white Western girl.

However, Ruth proves she is strong. She doesn’t accept the way Indian men treat her and stands up for herself. In the meanwhile, she carries on with the search for her father, despite the misfortunes such as the theft of her money and her drug addicted boyfriend who is not supporting her. Based on Koechlin’s Experiences

It may not be surprising that the story of Ruth is based on Koechlin’s own experiences with living in India as a white woman. Koechlin is an Indian actress of French descent who has experienced that white Western women are treated badly in Indian society. In an interview in 2001, Koechlin said: “On the one side people treat you specially because you are fair, on the other hand you are treated like an alien.”

In order to get attention for sexual assault in India, she made an satirical video together with VJ Juhi Pandey. The campaign was called ‘It’s Your Fault’ and in the video Koechlin and Pandey explain in a satirical way why it is women’s own fault if they are raped. The message is that Indian women cannot do anything good. It does not matter what they wear, what they do and with who they are: women themselves are the reason why they are raped by men, simply because they do exist.

The video reached a big audience and Koechlin received many positive reactions. The actress noticed that there is a growing audience for films that address women’s issue. Therefore, she hopes that the ‘It’s Your Fault’-video encourages actors and directors to finally take their social responsibility and make films about sexuality and women. And also about white women, since they are victims of rape in contemporary India too. It seems that India’s New Independent Cinema responds to Koechlin’s call. While searching for her father, Ruth works in a massage salon to earn money for her living. She gives men massages and handjobs, however, this is not shown explicitly. The spectator only knows this because she asks her clients if they want a ‘hand shake’, which they often do not refuse.

Ruth is clearly depicted as a fetish object for the male gaze, especially for her father. When he is in the salon where Ruth works, he looks at her while she is washing her hands. This is made visible by a shot-reverse-shot between the father and Ruth’s body. Through the camera movement, the spectator can see how her father observes Ruth’s body, especially where her bra is visible.

Moreover, in the film it turns out that her father has followed Ruth and has made pictures of her, without her being aware of it. The fact that pictures of Ruth are made is represented through freeze frames. With the knowledge that Ruth’s father has had sex with her sister, it can be concluded that he makes a sex object of Ruth by observing her and probably wants to have the same with his older daughter. However, Ruth shows assertive behaviour during the film. She chains her boyfriend after he tried to have sex with her, she makes one of the thieves who stole her money cry when she gives him a hand job in the salon she works at and she nearly kills her father after she discovered that he has abused Ruth’s sister.

Ruth doesn’t let things go by, she doesn’t give up and punishes the men who treated her badly. Indeed, you might say that India’s New Independent Cinema represent white Western women in exactly the same way as Bollywood cinema did; they are still shown as easy women and a fetish object.

However, the function of the White western female character is totally different. India’s New Independent Cinema shows how these women are treated in Indian society and at the same time how Western women (and Indian women as well) should deal with that. They are considered as The Other and it is up to them to act as emancipated, independent women who have to fight for their rights.