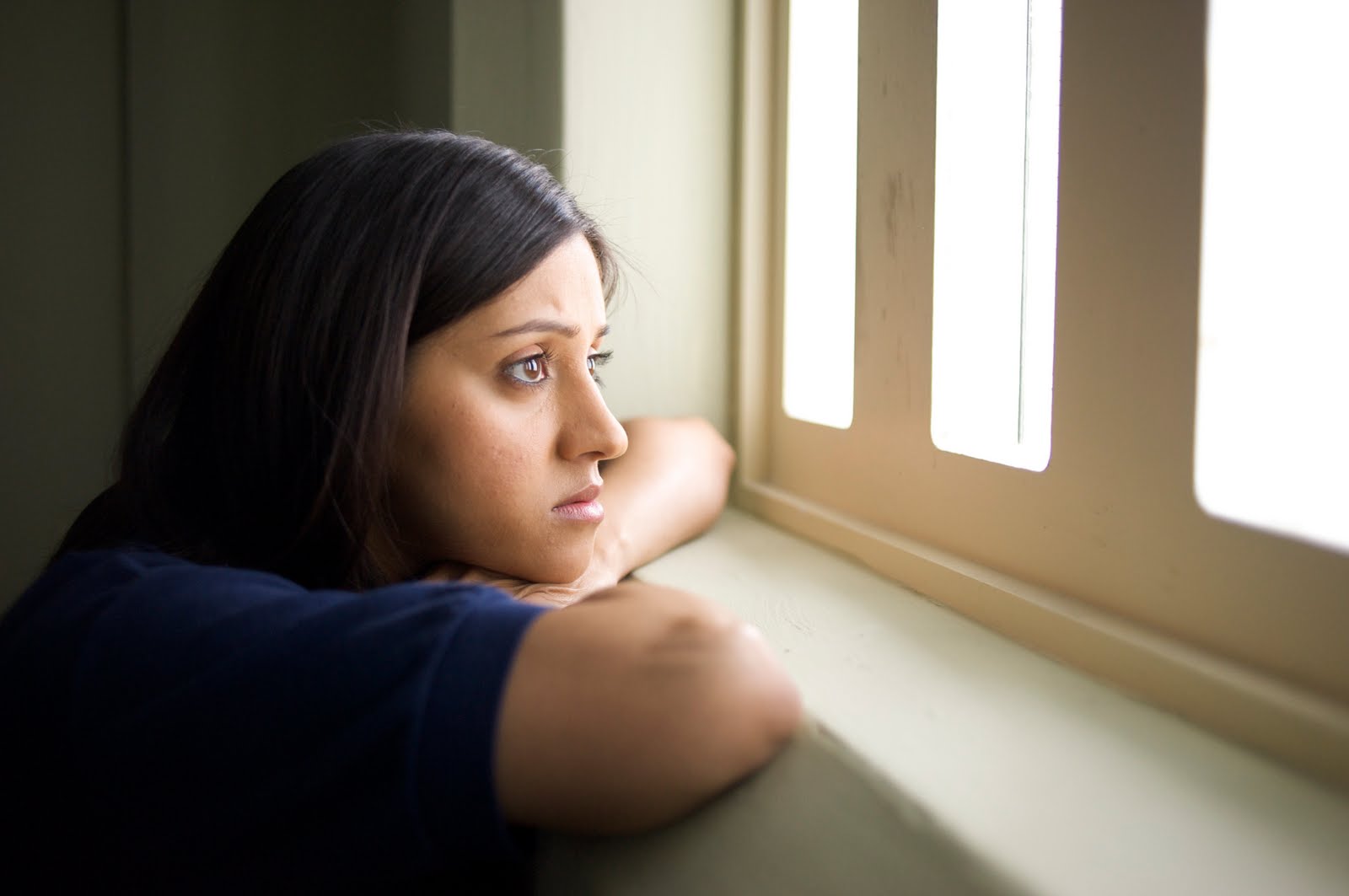 When Clio Barnard started making The Arbor (2010), it was supposed to become a documentary about Andrea Dunbar. At the age of fifteen, Dunbar wrote a play at school called The Arbor, about Buttershaw, the neighbourhood in Bradford she grew up in. It was picked up and played in 1980 at The Royal Court Theatre in London. Dunbar succeeded the piece with Rita, Sue and Bob Too, which in 1987 was adapted for the screen by herself and Alan Clarke. In 1990, only 29 years old, she died of a brain haemorrhage in the pub where she spent most of her days, leaving behind three children in Bradford, West Yorkshire. Clio Barnard (who grew up near Bradford and received international acclaim five years ago with her fiction film The Selfish Giant), sought contact with those children and other people from Dunbar’s immediate surroundings and stumbled upon the tragic life story of Lorraine, Andrea’s first child, which she had with a British-Pakistan man.

And so the final film mainly became the story of Lorraine, the daughter from a relationship that was frowned upon, who was not a wanted child and who still cannot forgive her mother for the childhood she had. It is a story of misery upon misery upon misery. What starts with being left alone at home with her little brother and sister and setting fire to the bedroom to fight the cold, led to teenage years full of drugs, self-harm, sexual abuse and prostitution and ended in prison.

The Arbor is not a conventional documentary with talking heads and archival footage. Far from it. Barnard had the audio recordings of the interviews she conducted, including all the uttered hesitations and contradictions, lip-synched by actors, who are placed in the settings the interviewees talk about. That sounds like a gimmick and initially takes some getting used to, but it gives Barnard the opportunity to add layers of meaning. There is, for example, the mirroring of what Dunbar did with her play The Arbor. That play was an almost literal translation of her life (specifically the period in which she had a relationship with Yousaf and became pregnant by him). She took the words of the people around her and handed them over to actors, just as Barnard does in her film with the words of the people she interviewed.

Its effect is the paradoxical notion that these people, precisely in the process of telling their story, become invisible. The lip-synching creates a kind of alienating dissociation between those whose words we hear and the actors we see on the screen. And in this dissociation, it becomes apparent how representation falls short. It is a frequently-heard argument that the outcome of the referendum on the Brexit and, for example, the election of Trump in America can partly be explained by the dissatisfaction of the lower class, kept invisible and silent precisely by persistent and always distorted representation. Analyses of these votes paint a much more complex picture, but a film like The Arbor does show the problematic side of the perpetual representation and fictionalization of the British underclass.

And Clio Barnard’s ‘tightrope-walking experiment with fact, fiction and the spaces in between’, as The New York Times typified the film, goes even further. In the streets of Buttershaw, a number of actors act, in the open air and surrounded by residents, scenes from Dunbar’s play. It is, for me, not the strongest layer in the film, although the casting of the at once brutal and vulnerable Natalie Gavin, more or less by chance discovered by Barnard in Bradford, as the fictional version of Andrea is a masterstroke.

The Arbor tells a story that reveals the fabric of a district like Bradford, of which there are many in Britain. In an interview with The White Review, director and author Patrick Keiller spoke about ‘the discrepancy between the visible appearance of the landscape, which looks very impoverished, and the supposed wealth of the country.’ There are of course several reasons for this, such as the distribution of that wealth, but it’s not without reason that visually refurbishing a neighbourhood is often the first step towards a better standard of living. It sounds cosmetic, but it is not inconceivable that there is a correlation between the appearance of an (urban) landscape and the narratives that are formed within it. In other words: anyone who looks at a place like Buttershaw in the 1980s (let alone if you live there) cannot imagine any other existence within it than the underprivileged, violence- and alcohol-drenched kind that we find in Dunbar’s play. And if you can’t imagine another existence, how can you ever achieve it?

No other narrative fits in this environment and so it repeats itself inexorably. That is what the story of Andrea and Lorraine Dunbar implies. It is a suffocating cycle, from generation to generation. And yet that is only part of the story. Because Lisa, Lorraine’s younger sister (who died in 2018 from cancer), looks at their mother in a very different light and has travelled a completely different path to adulthood. Especially in the first part of the film, in which the memories retrieved are still those of a shared childhood, Barnard visually often brings the two sisters (portrayed by Manjinder Virk and Christine Bottomley) in the same space, beautifully sketching the different ways in which they experience and memorize their childhood.

‘I don’t think you remember the good stuff’, says Lorraine at the beginning of the film, but what The Arbor mainly shows is how memories are coloured by time. ‘Sharing a frame and little else’, Jeannette Catsoulis aptly writes in her New York Times review, ‘one sister reminisces about a mother writing late into the night, while the other recalls only an abusive drunk who “had the audacity to drop dead” five days before Christmas without buying gifts.’ While Lisa looks at her mother with eyes that have mellowed over the years, Lorraine only sees the version of her mother that she has tried to escape all her life. The question is not which of the two memories is closer to who Andrea Dunbar really was, who ultimately remains an unknowable shadow in The Arbor, what matters is how lives intertwine and let go of one another and yet always remain rooted in the ground from which they originated.