The Beach Bum: All Play and No Work 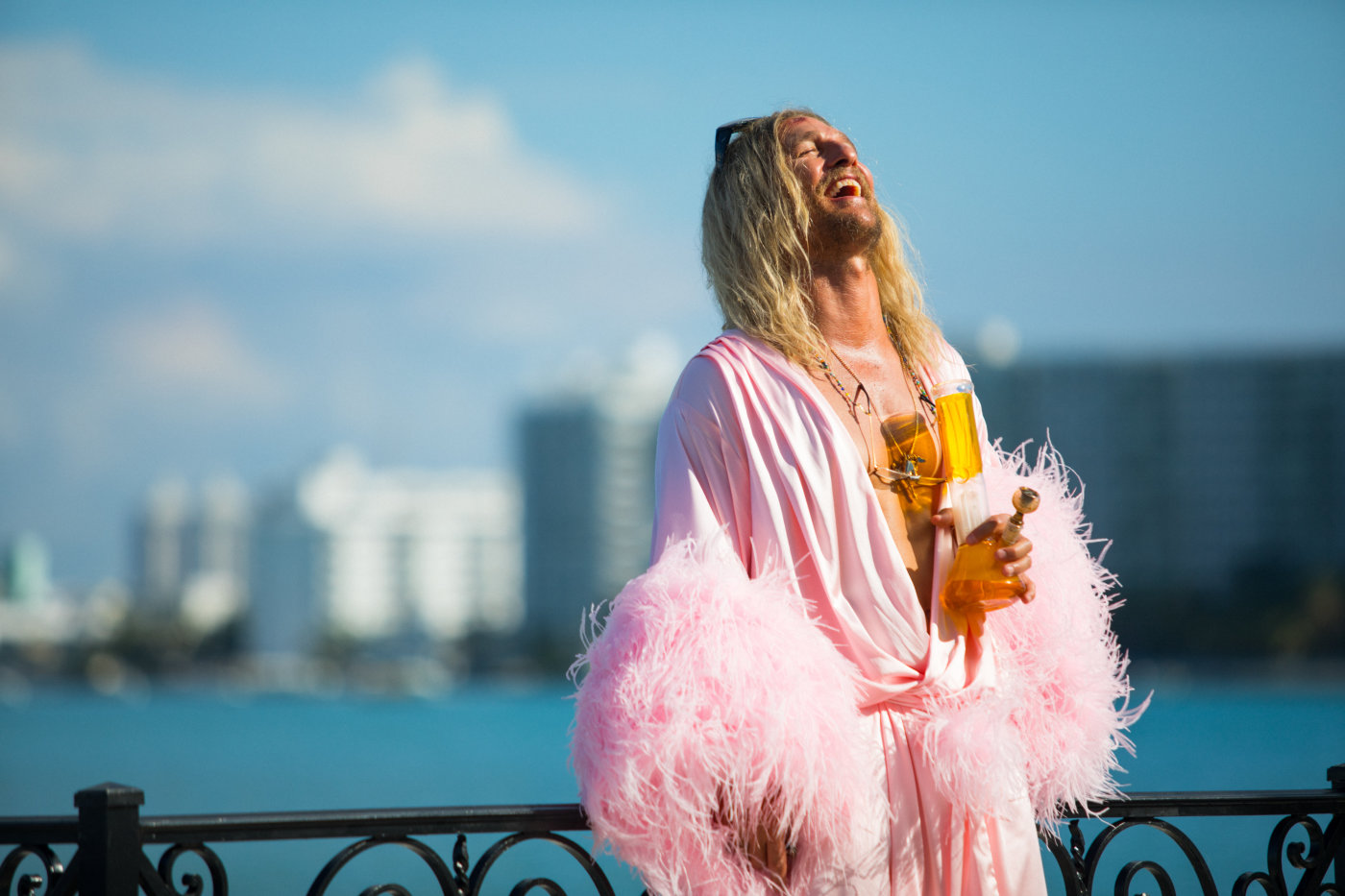 All work and no play makes Jack a dull boy. By reversing this dictum, the protagonist Moondog of the 2019 film The Beach Bum subverts the contemporary conception of dividing activity into labour and free time. His excessive lollygagging, reminiscent of a frenzied Dude from The Big Lebowski (1998), hides a spiritual dimension that hints at a mental escape from a technical society’s maxim of production. This send-up of the stoner comedy therefore inspires a reconfiguration of activity from being production-centred to being play-centred.

Herman Melville’s short story Bartleby, the Scrivener: A Story of Wall Street presciently described the condition of man in the stranglehold of a productive ethos. The titular clerk stops doing his job of copying documents and answers every request with “I’d prefer not to”. This classic tale is not about the refusal of work nor redemption, but rather deals with depression. Byung-Chul Han makes a case for such a pathological interpretation of the story. According to him, Bartleby’s catchphrase indicates apathy. The theme of the story is exhaustion, exemplified by Bartleby not doing anything but staring at the walls outside his window. He even refuses polite gestures by people striving to help him.

As a reverse Bartleby, Moondog always prefers to. Despite being forced to complete a novel to receive the inheritance of his deceased rich wife, his habitual debauchery continues. Matthew McConaughey’s laid-back appearance and kooky laughter positions the character as an unguided missile that ricochets from one goofy situation to another. Being an extreme version of classic stoner types he is down for anything hedonistic. Ridiculous side-characters such as the dolphin-crazy Captain Wack (a spirited Martin Lawrence) find in him a willing accomplice in crudeness. But even the seductive Flicker, played by Zac Efron with crazed gusto as if he’s Satan, is not able to control him. Moondog just goes with the flow.

Whereas Bartleby’s incessant apathy springs from exhaustion, Moondog’s powers his constant activity with energetic effervescence. Both appear to be framed as a reaction against the demands of work. However, because of the way their social environment is structured, Moondog makes for a more effective vessel of constructive critique.

According to Byung-Chul Han, man transitioned from a disciplinary society to an achievement society. Within the first, maximisation of production is achieved through prohibition and command. Control is external to the individual, who disciplines themselves through the command of “You should”. In achievement society, the goal of productivity maximisation instead is internalised by the individual, leading to self-exploitation. A person becomes their own master. Everything is deemed possible to attain with only oneself to blame for failure. Instead of the “You should” of disciplinary society the dictum is: “I can”.

Bartleby’s exhaustion still takes place in a disciplinary society, where exploitation stems forth from others. This makes his condition of apathy atypical. His exhaustion is not a refusal to do, it is a being unable to do. On the other hand, Moondog’s effervescence is consistent with life in achievement society. His late wife’s will refers to the notion of self-realisation, of being the best version of oneself. Director Harmony Korine (Gummo (1997), Spring Breakers (2012)) slyly upends this idea with bizarre symbolism such as the grabbing of crotches, to lampoon meritocracy by equating it to masculine delusions on genital size. Characters not in the business of having Moondog as a companion for a wild adventure are preoccupied with lamenting his wasted talents. Or sap vitality, such as his daughter’s husband colloquially called Limp Dick, who is the literal opposite of Moondog.

Although Moondog incessantly does everything he could do just as an achievement subject would, his attitude is profoundly different. The character is a subversive critique of the dichotomy between labour and free time. As Theodor Adorno showed in his ruminations on free time, within the division of activity between labour and free time there is a dominance of the first over the latter. Free time exists as a way of recuperating from work and is not a good pursuit for its own sake. Instead of being freely determined by the individual, this time takes on the rigidly planned structure of their labour time. Moondog does not seek achievement within his labour time but strives to maximise enjoyment in his free time. Instead of maximisation of productivity his internalised goal is that of being as unproductive as he can be.

Thanks to cinematographer Benoît Debie’s (Enter the Void (2009), Spring Breakers) breezy serenity, the bright landscapes of Southern Florida flourish with vitality The excessive imagery of hedonist practice turns Moondog’s home base of Key West into a spiritual realm, culminating in an eternal bliss after Moondog wreaks havoc on a boat with floating burnt dollar bills as the result. Moondog becomes a nonchalant prophet by uttering how he sees the world as conspiring to make him happy, with soul mate Lingerie (Snoop Dogg acting out his own public persona) his most faithful apostle. What is contained in the folly is the complete self-determination of his free time, with rigid planning the absentee.

The transcendental contentment that concludes the film contains a key to guide man out of its self-imposed prison of production. Concurrent with the auto-exploitation of labour power in an achievement society is an ongoing crisis of the imagination. Life’s inner drive to play is perverted through the domestication of feral instinct. Production maximisation crushes spontaneity and ingenuity through the internalised control of “I can”. By blowing up the desire for free time to epic proportions using the stoner as the archetypical slacker, Korine paints a vision of life beyond continuous achievement. The Beach Bum is not merely a critique of work. It highlights the importance of a mental reconfiguration of activity away from the concepts of labour and free time.

For that dichotomy leads to all work and no play. It turns society into a boring dystopia. Moondog shows how all play and no work may lead to better results.