The Cemil Show: When You Don’t Deserve the Life You Live 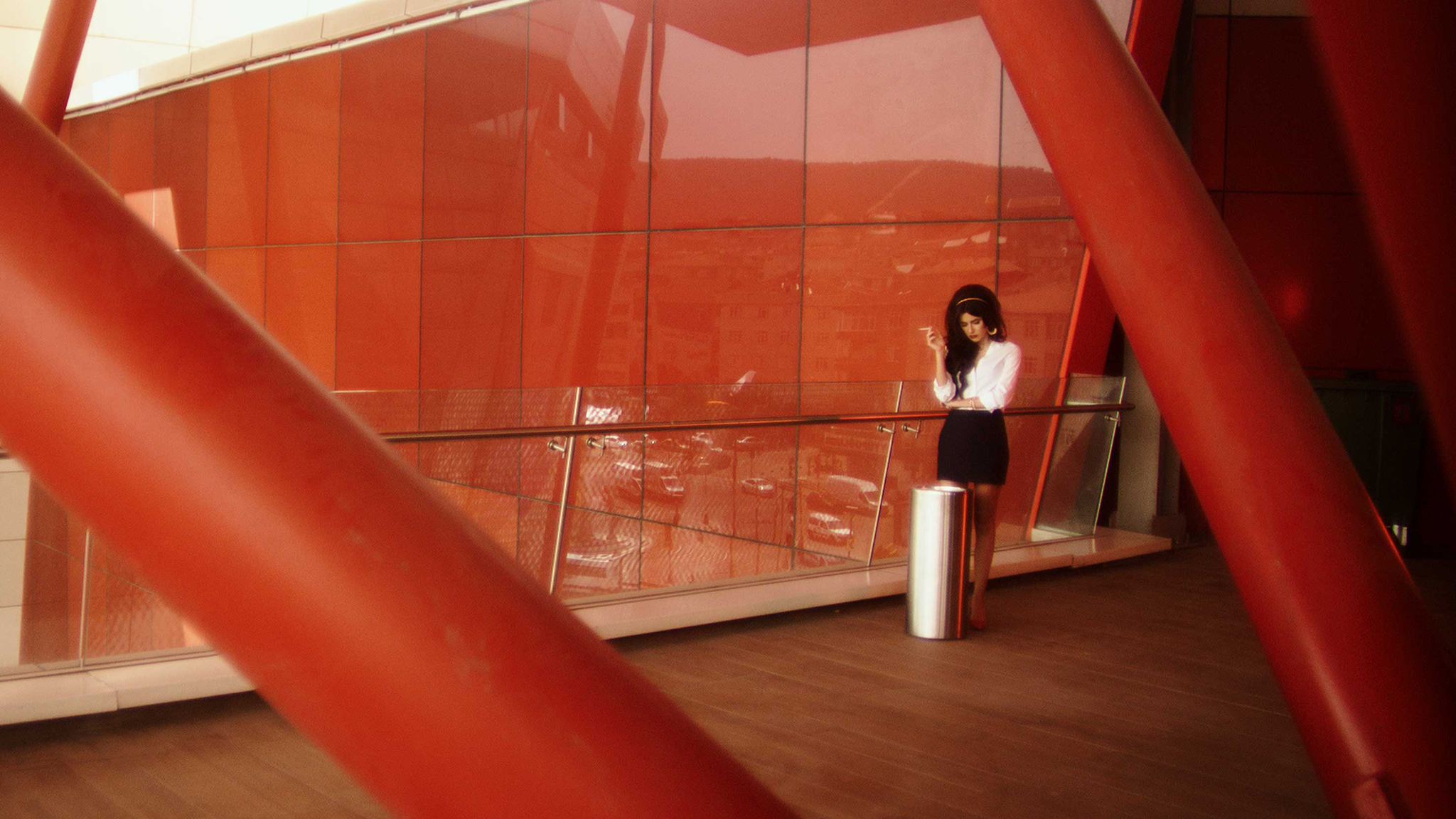 In 2015, the Turkish director Baris Sarhan made a short called The Cemil Show, about security guard Cemil who does his utmost to become employee of the month. This year, Sarhan released a feature film with the same title about that same security guard who now does his utmost to become his favourite actor. The Cemil Show was part of the Big Screen competition of the International Film Festival of Rotterdam 2021 – the online edition.

Security guard Cemil (Ozan Çelik) is probably the biggest fan of veteran actor Turgay Göral, a good-looking, ruthless figure that played the lead role in Turkish thrillers of the 1970s. One day, Cemil gets the chance to make his dream come true. He auditions for Göral’s role in a remake of the film classic Kâbus, which ironically is Turkish for nightmare. His auditions are a true nightmare: he screws up and is immediately rejected. He returns to the Perl of Istanbul, the shopping mall he works for, disillusioned but not completely hopeless. His colleague Burcu (Nesrin Cavadzade) appears to be Göral’s daughter. Cemil does everything to meet his hero in person. Unfortunately, Cemil is slightly too late for his meeting. When he and Burcu arrive, Göral just passed away. However, this inconvenient and sad moment triggers Cemil to immerse himself in Göral’s life work. Not just out of interest, but keeping him alive by becoming the Göral he knows from his films as well.

The Cemil Show is humorous and sad at the same time. Cemil, who is quite an uncomfortable and insecure person; completely the opposite of Göral, regularly practices his acting skills in his office and uses random objects as props or even as characters. He uses a sack full of ball pit balls as an understudy for a beautiful woman, while his boss is racing around on his Segway and flirting with Burcu. Cemil watches Göral’s films over and over again, day and night, and re-enacts the scenes until he masters them. One day, he goes to the set where the remake of Kâbus is shot to prove the director that he is the right person for the lead role and he effectively gets a second chance. This is the confirmation Cemil was looking for. He is on the right track. He gets more self-esteem as his life starts to run parallel with the life of Göral in Kâbus, and that is exactly the point where Cemil actually gets off track. His passion becomes a creepy obsession and Cemil completely loses himself and his connection with the real world.

Sarhan’s film is brightly-coloured and hints to the look of cult films of the 1970s. From time to time black-and-white shots (looking like fragments of old Turkish films) interruptthe colourful images. The film is divided into chapters and each chapter is introduced by a close-up of Göral’s handsome face looking straight into the camera. The film contains many memorable scenes, such as the one where (Cemil imagines that) the ghost of Göral appears in the Cemil’s room, turning around and around while laughing out loud the mean laugh that characterised him. His monologue is a kind of pep talk towards Cemil. This scene smoothly continues into a black-and-white scene of Cemil as Göral in one of his films. It appears to be a nightmare in which a telephone keeps on ringing and Cemil gets stuck in a telephone cabin.

This scene is followed up by another outstanding scene, one in which both Burcu and Cemil stand in front of a mirror. After the death of her father, Burcu gets a bit of track as well. By removing her make-up and fake eyelashes, she tries to find herself again. Afterwards, she starts to watch one of her father’s films, something she never paid serious attention to. She is done with being her boss’ mistress as well.  Meanwhile, Cemil is putting on make-up and a fake moustache to become Göral, the person he wants to be or already thinks to be. Both Burcu and Cemil are ready to start a completely new life, although this cause more harm than good at first sight, so it seems.

On his way to the film set, Cecil’s life and that of his hero intermingle. Reality and fiction melt together. The film beautifully switches between black-and-white film fragments with Göral and coloured images of a wounded Cemil struggling towards the roof of a building, holding a portrait of Göral in his hands. Fortunately, the film crew is still there! Or not? By that time, Cemil feels so confident about himself being Göral, that he decides to set up his own show in his office. He acts the same scene he did during his audition, this time with a real woman and hero on the background playing along with him. His performance is depicted on a screen outside the shopping mall. Cemil gets the recognition for his acting skills he was looking for, but this success story ends in a tragic way. Actually, as he could expect, in the same way, the life of his hero ends in the original film.

“You don’t deserve the life you live” is a sentence that comes along several times in the film. If you don’t, then do something about it, seems the message the director wants to share in this ode to classic Turkish cinema. There is nothing wrong with working hard for the life you do want to live, however, changing yourself to become another person can have negative consequences. Don’t try to put up a show; keep your feet on the ground.