The Colour of Pomegranates: A Uniquely Soviet Project 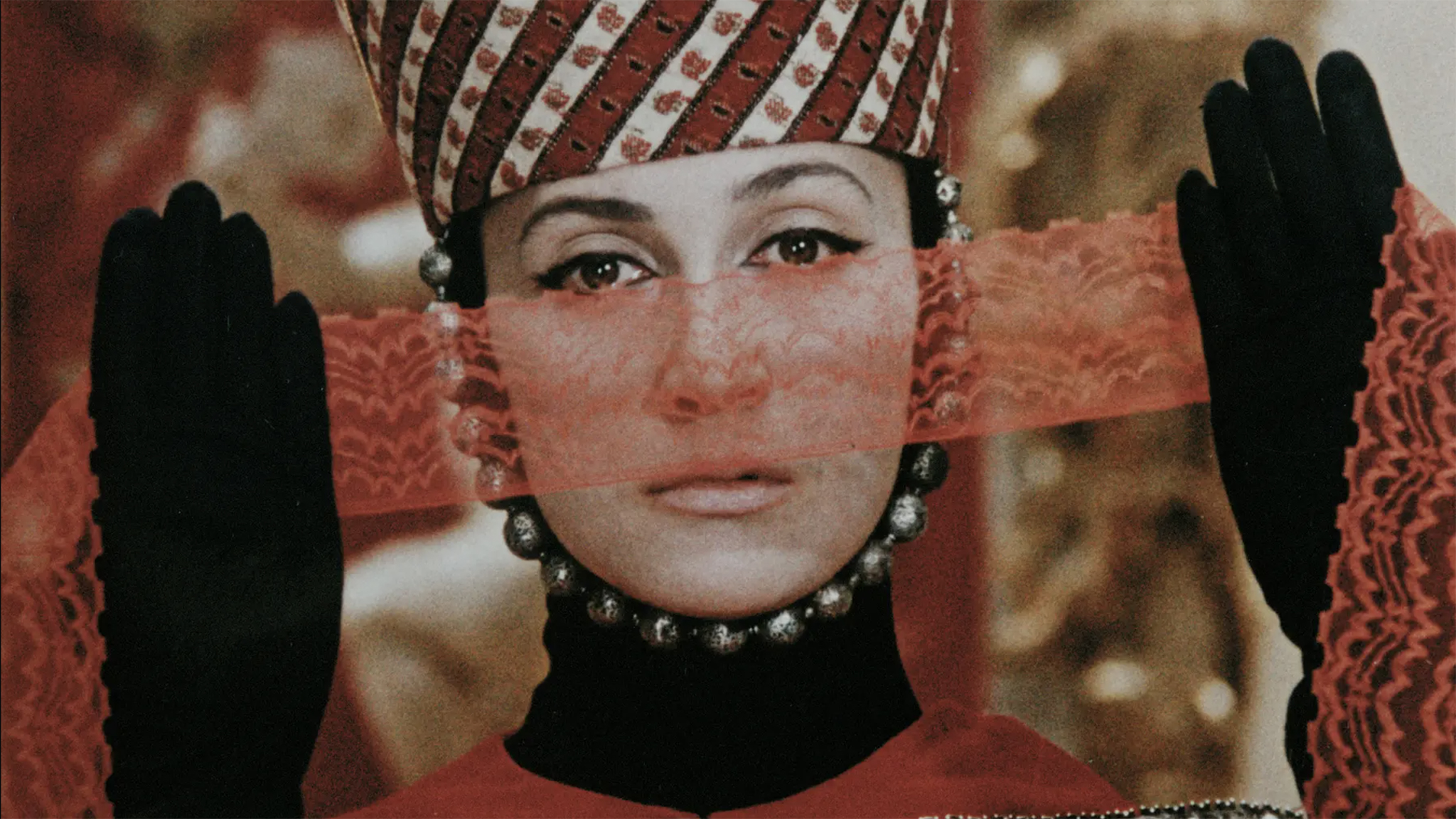 The Colour of Pomegranates (1969) is one of the masterpieces of Soviet cinema. The style that Sergei Parajonov solidified in this film is a unique poetic departure from the previously state-mandated socialist realist aesthetic. But the Soviet authorities didn’t really know what to do with the film, and while Parajanov was upfront in his pitch that he wanted to make a film less biographical and more a poetic representation of the life of famed Armenian ashik Sayat-Nova, seeing the finished work had the censors confounded.

Parajanov spent most of his early career as a well regarded studio filmmaker based in Kiev, where he had previously studied under the Ukrainian master Alexander Dovzhenko. It wasn’t until the release of Andrei Tarkovsky’s Ivan’s Childhood (1962) and the broader adoption of Western European arthouse aesthetics that Parajanov got the spark that he could be doing something different. He quickly got to work on Shadows of Forgotten Ancestors (1965), an ethnographic film centred on folk traditions of the mountain people of the Ukrainian Carpathians. He was pioneering a tableaux style, one influenced more from the medieval paintings from his multicultural childhood in Tbilisi than anything specifically cinematic. However, this led him to clash with cinematographer, fellow Armenian Suren Shakhbazyan, who wished to replicate the dynamism of wide lenses and flying cameras that had been popularised in the USSR by Mikhail Kalatozov and Sergei Urusevsky with The Cranes Are Flying (1957). Going off on his own, Parajanov began work on the more avant-garde, tableaux-driven Kiev Frescoes (1966), although the authorities would shut down the production before it could be completed.

The Colour of Pomegranates

This artistic turbulence eventually landed Parajanov back in the Caucasus. Raised by Armenian parents in the capital of Georgia, Parajanov grew up enveloped in the rich collision of cultures of the trans-Caucasus (primarily the modern day countries of Georgia, Armenia, and Azerbaijan), with ancient mountain cultures being influenced by their Turkik, Persian, and Slavic neighbours. Living for his first time in Yerevan, Parajanov wanted to solidify his tableaux style by making a film influenced by the life and work of Sayat-Nova, the medieval Armenian wandering poet. At the time of production Sayat-Nova was an incredibly famous artist within the USSR, whose government often tried to elevate foundational artists from within their borders to the canonical greatness of Western masters (for instance, the icon painter Andrei Rublev was hailed as the “Russian Michelangelo”, and Tarkovsky’s artsy imagining of the painter’s life thoroughly pissed off the authorities, somewhat setting the stage for the battle Parajanov was about to have). From the perspective of the government, adapting the life of Soyay-Nova should be a grand, affirming, educational experience for Soviet audiences. But what Parjanov had in mind was something else entirely.

The Colour of Pomegranates is immediate in not just its departure from socialist realism, but its seeming disinterest in cinematic conventions altogether, instead drawing on Persian and Armenian miniature paintings as its foundation. But by focusing on the rich symbology of those forms foreign to even most Soviet audiences, the film can be an incredibly confusing experience to say the least. It’s easy to see why many would reach for specific analysis of Parajanov’s portraits, and the Criterion Collection even added a feature on their release where scholar James Steffen “decodes” the movie, showing how Parajanov in fact weaves a clear and often playful narrative about the life of Sayat-Nova and the history and culture of the trans-Caucasus as whole. While this sort of thing is illuminating and gives me much greater appreciation for Parajanov as a storyteller, I don’t think it’s necessary to come in with this knowledge to enjoy the film. In fact, I’d encourage most first-time viewers to come at the movie with the opposite approach.

The Colour of Pomegranates

The Colour of Pomegranates is a movie of emotion: winds blow over papers on a steeple, lovers’ faces blend into each other, a whole life flows through oneiric memories. It’s an incredibly beautiful series of icons tied together with Tigran Mansurian’s avant-garde score, where sound effects, music, and voices all bleed in and out of the diegesis into a dreamlike symphony. And while the story or symbolism may remain opaque, the immediate texture of the film creates an extremely moving series of vignettes. One sequence that highlights this oneiric emotionality like none other is the twin scenes of Sayat-Nova and the princess communicating to us and each other through textiles. In one of the film’s most famous images, the princess’ passing of a patterned cloth across her face is repeated, first with white as the lovers are falling, then as red and black when they can no longer be together. Without anything being spoken or even the vaguest emoting from the actors, we’re hit with the impossibility of the love affair and the pain that these two halves must be ripped apart. One of the key binding agents here is Sofiko Chiaureli’s performance as both Sayat-Nova and the princess (among various other roles she plays in the film). Sofiko Chiaureli herself was film royalty in Georgia and the Union—her father, Mikhail Chiaureli was a silent movie star in the early days of the USSR and went on to be one of Stalin’s favourite directors—Chiaureli’s impressionistic performance and haunting gaze ferries us through Parajanov’s dream-world of Sayat-Nova’s life, at once an anchor and fluid symbol.

The success of Parajanov’s vision, however, begot his political downfall. While the censorship of Pomegranates (starting with the Armenian Communist Party stripping the film of its right to be titled Sayat-Nova, use any of his poetry, or really even explicitly reference him) got much of the Filmmaker’s Union on his side, but it wasn’t until his imprisonment in 1973 (largely because of his bisexuality) that he became a cause célèbre for the wider film world, and Pomegranates gained cult status. Even upon his release, Parajanov was never able to achieve the same levels of freedom again, and would only finish two more features (The Legend of Suram Fortress (1985) and Ashik Kerib (1988), completing a sort of trilogy of mythic works about the Caucasus). Parajanov died of cancer in 1990, shortly before the Caucasus plunged into a state of Balkanisation and ethnic violence that still goes on to this day. Even now, there are arguments between Yerevan and Tbilisi as to who can claim this filmic giant. Parajanov, for his part, would’ve laughed at this notion—he saw himself as a unifier to the Caucasus, a project he obviously couldn’t complete on a political scale but one he spent the latter part of his career exploring artistically. His legacy is not just one of a revolutionarily atavistic film form, but the bringing together of neighbours of interweaving ancestry who didn’t usually get along; a uniquely Soviet project.