The Fear of Reverse Colonisation in Black Narcissus 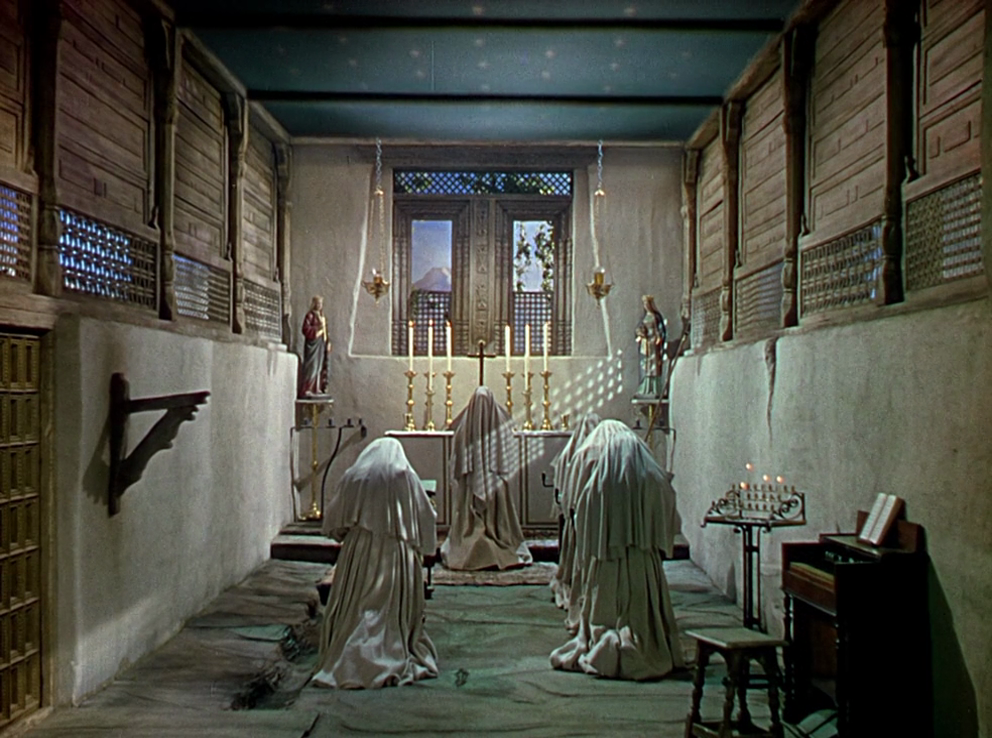 It’s something that the author and academic Stephen Arata first noticed in Bram Stoker’s universally acclaimed novel, Dracula. The story hardly needs retelling. The 1897 novel tells the story of the young lawyer, Jonathan Harker who is sent to Transylvania to finalise a contract with a wealthy and noble client. However, once Count Dracula catches a glimpse of Jonathan’s fiancé, Mina, he sets off to England to make Mina his own.

This novel has stood the test of time and has since its publishing become a well-loved classic that has been adapted for film several times. This is perhaps because the novel is much more than a horror classic, but plays with fundamental ideas that were prevalent in Victorian society at the time.

One of the most interesting of these ideas perhaps is the one that Mr. Arata has pointed out: the anxiety of reverse colonisation. This historicist reading of this influential text notes that it is imperative for us to consider the cultural and historical context of the time in which this novel was written to deepen our understanding of the text.

So what then was this exact context?

To state it briefly, at the time of writing, the great British Empire was starting to decline. Britain’s power and influence on its colonies and other world powers were gradually decaying and with it the British confidence in its own value system. This is excellently articulated in Dracula, where the antagonist, Count Dracula, of eastern descent, actually enters England and threatens the status quo with his value system that is so radically different from the average Victorian British individual’s.

Reverse colonisation is a complex phenomenon that is guided by both fear and guilt. The fear that a so-called primitive force will become a world power and usurp the Victorian British value system and sort of cultural guilt for the horrors inflicted during Britain’s colonial period, and even perhaps a subconscious paranoia that the tables will turn at some future point in time. Some hundreds of years later, the director duo, Michael Powell and Emeric Pressburger, made Black Narcissus (1947), a film that stands out for several reasons and has been a personal favourite of mine for years.

The film can be described as a psychological drama that follows a group of five nuns that are tasked with establishing a school and convent close to a remote village in the Himalayas. Unbeknownst to them, the donated location used to be a palace wherein an old General kept his concubines.

Before long, each nun seems to start longing for past pleasures. Pleasures that they should have given up the moment they took the oath. Sister Clodagh (Deborah Kerr) longs for the pleasures of her past, her family and the possibility of a husband. Sister Ruth (Kathleen Byron) seems to become infatuated with Mr Dean (David Farrar) the caretaker. Sister Phillipa starts longing for a garden of beauty rather than practicality, while Sister Honey and Sister Briony also become infatuated with the environment around them. Black Narcissus can fit into a variety of genres, one of them certainly being colonialist. The very idea of a missionary in remote locations is the very embodiment of the values of colonization. A group of foreigners simply set up shop in another country with vastly different values and then continue to try and instil their religion and values in the indigenous people. They teach their children English, administer their Western medicines, and teach them the importance of Christianity.

What makes Black Narcissus so interesting is that it asks the question: what if that goal is not possible? The eventual temptation of the nuns, especially that of Sister Ruth, begs the question to wonder if that anxiety regarding reverse colonisation is still perhaps present in some deeper British consciousness.

Black Narcissus is alive with vibrant indigenous characters. From the sensual Kanchi to the young General with his expensive taste, these characters strike a significant contrast compared to the dutiful nuns tasked with establishing a missionary. The indigenous characters immediately seem to embody “the other”: An Eastern, exotic value system that is completely at ends with the Western value system dictated by duty to family, country, and Christianity.

However, it does not take long before the nuns are put into an inexplicable temptation. They blame their strange wants and desires on the equally strange and new environment. Perhaps they are not wrong.

The fact that the group of nuns are so frightened by their temptation, echoes Arata’s initial thoughts of reverse colonization: where Victorian societies seemed to fear that their value system guided by rational thinking and logic would become overpowered by Eastern thought.

As the nuns start to give in to their temptation, it seems as if they have been taken over by this Western conception of Eastern thought. This is perhaps most clearly seen in Sister Ruth, who completely gives up her vows, pursues her love interest, Mr Dean, and seeks to kill Sister Clodagh out of jealousy. The film ends with Sister Ruth’s death and the nuns packing up and going away to a different convent. Sister Clodagh is deeply aware of her perceived failure and seems happy to embrace her lowered position as punishment. After a tender moment between her and Mr Dean, the film draws to a somewhat melancholy close.

Perhaps, if anything, Black Narcissus is deeply critical of Britain’s colonial period. The film questions whether you can in fact just walk in and force your value system onto people with vastly differing ideas. The power in Black Narcissus is its ability to withhold judgement and offer a quiet, yet subtle criticism of the British Empire and its deeply damaging aftermath that is still tangible in the 21st Century.

This Essay article was published in September 2018