The Lives of the Tragic and Famous 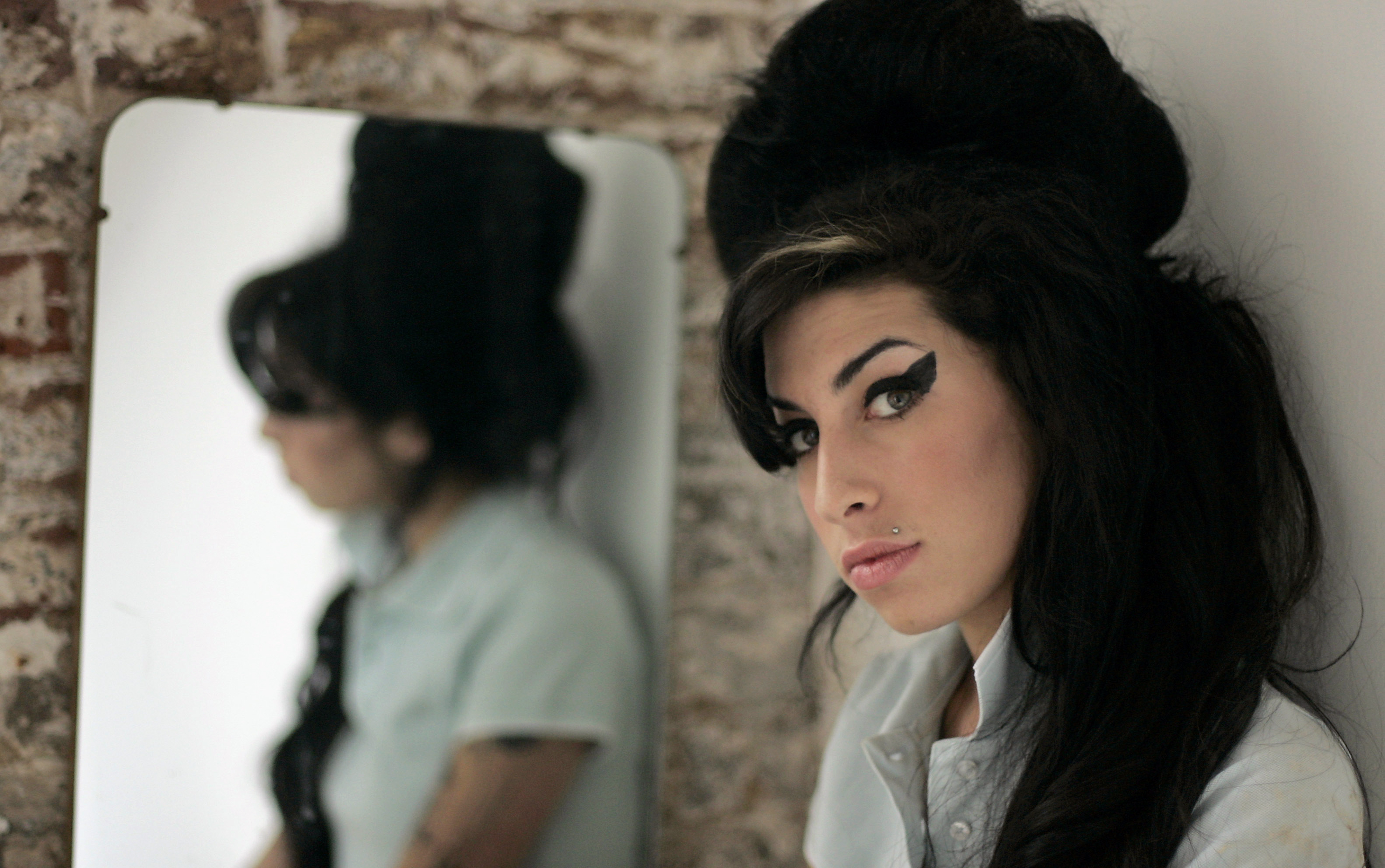 The hero of Asif Kapadia’s documentaries is always the same person: the misfit, the square peg, the person who is both within and outside the system, equally uncomfortable in both positions. Through the trilogy of Senna (2010), Amy (2015) and Diego Maradona (2019), the protagonist is the adored superstar-misfit, finding manifestations in the Brazilian racing Driver Ayrton Senna, the British jazz musician Amy Winehouse, and the Argentinian footballer Diego Maradona.

“I just couldn’t make lots of things quickly and badly,” Kapadia said of his decision to quit working in a late-night TV show in the 1990s. The testament to that statement stands in the form of these ground-breaking documentaries, each of which took almost five years to complete. Kapadia doesn’t use talking heads or a voiceover, and barely any on-screen text. “If you’re seeing me, I’m taking you out of the film,” he said in the same interview. For years, he accumulates and scours through decades-old footage: home videos, news reports, TV programmes, and newspaper clippings. Then he picks what he needs and weaves a collage that obviously honours his subjects, no matter how flawed they are as people, but also pulls his audience into watching feature-length documentaries about extremely popular people about whom we know almost everything that is there to know. Like an expert archivist, Kapadia digs deeper and deeper, drilling through layers of myth to unearth the human being that lives and breathes underneath it all. Perhaps as a direct result of his training at the Royal College of Art, his storytelling is entirely visual.

Ayrton Senna, Amy Winehouse and Diego Maradona are geniuses; from the moment they started racing, singing, and playing football, all at a very young age, they’ve been one of the bests, only getting better and better with time. Kapadia begins his documentaries on a high; an exuberant celebration of the unbridled talents of each of his subjects and then strikes a graver note as his narrative begins to sink into the quicksand of fame that drown out the human being. There is always an uncomfortable relationship with adulation and fame, a complete inability to balance the public and personal selves, a breakdown of human relationships, and decency, in the face of an intrusive public drunk on the myth of stardom. Kapadia weaves his trilogy in a way that not only showcases the personalities but also mourns the tragedy of young people getting pinned against a wall of expectations they hadn’t set out to navigate through.

While the underlying theme remains the same, Senna, Winehouse, and Maradona are very different people and Kapadia uses all the time at his disposal to highlight that, while sticking to the larger theme of his trilogy.

Ayrton Senna rose to fame in pre-social media times which, by default, makes him somewhat of an enigma. What emerges through Kapadia’s portrait of him is the immense amount of strength Senna drew from his religious beliefs and harnessed it to set himself on a path of self-discovery through his career. He keeps saying “I can’t quit” throughout the film at different junctures of his career, even as he increasingly becomes aware of the mortality of racing car drivers, including his own. His refusal to quit, even under extreme public scrutiny and amidst rampant petty politics and nepotism that plagues the racing administration, sticks out as an ominous confession as he dies during a race in Imola, Italy. “Senna is one of the few films that I’ve directed that I can actually watch. It’s something about him… It’s the one that I can get caught up in,” Kapadia said in another interview. There is immense sadness at the end of Senna, not only because it spells the death of a superstar but also because Ayrton Senna was never reckless in the way Winehouse and Maradona were (both had their difficult struggles with addiction); his tragedy was the fact that his work, the one thing that gave him the most joy, was a reckless thing in itself, made worse by an apathetic administration. In reality, he can’t quit even if he wants to. In each of the three documentaries, Kapadia questions this idea of choice. Can celebrities really ever make free choices?

Amy is a heavier film, far more intense than the story of a race car driver who died a hero. Amy Winehouse was always a misfit who grew up within a dysfunctional family, with a long history of depression and bulimia. She is 14 when she started writing music, often coupled with extremely dark lyrics. Amy Winehouse’s career takes off in the early-2000s, under the scrutiny of the world wide web and tabloid journalism. Her “decline” is faster and public, thanks to the catalysts that go on profiting off her talent, money, and addiction. Like Senna and Maradona, she thrives on pushing herself to create newer, better music but is restricted by an audience who want her to go on producing and reproducing hits like Rehab. Kapadia paints a picture of a tragic hero who spends her life playing to the crowds while always wanting a shell to retreat into. Winehouse’s decline is visible, publicised, and monetised. Unlike Senna, she actually wants to quit but isn’t allowed to; she never wants to become a star, never craves fame. Amy is a heavier film because it is more desperate, more hopeless. While Senna’s death was a shock, Winehouse’s death is almost a natural progression of her helpless fight against her addictions, of the endless cycle of the public laying down a rug for her and then pulling it away from under her feet. One can see it coming but can do nothing to stop it. Neither can she.

Diego Maradona is a film about a sportsperson who has survived his fall from grace and continues to bear the burden of his actions. This time, Kapadia pushes himself and turns the page to write his ending chapter on a star who is still trying to emerge from his decline while living with the trauma of outliving it. “I made mistakes, and I paid for them,” Maradona said in his final testimonial match, in Buenos Aires, in 2001. His tragedy is not that his career is over but that his life, as he lives it today, has no meaning beyond the myth he used to be. He was a god-fearing kid from a slum in Buenos Aires who played football so he could afford a house for his parents. He plays football because it is what he is good at, it is what he does best. And through that, he helps resurrect the pride of a whole city full of people; people who would eventually hate him so much that they’d leave no stone unturned to finish his career. With Senna, to an extent, and with Maradona, Kapadia ventures to explore the relationship of a celebrity not just with other people, but also with the larger identities of nations and nationalities. Maradona is an Argentinian who pulled the Italian city of Naples out of the shadows of racist neglect and despairs of bankruptcy; he is as much a Napoletano as an Argentinian and it is in trying to balance these two identities that acts as a final blow to his undoing. Maradona’s tragedy is a result of his own addiction but it is also a result of national politics that are bigger and stronger than him. “I’m a version of a pop artist, taking this thing we’ve known about for ever and making people look at it in a way which catches them by surprise,” Kapadia says in an interview with the Financial Times. What catches up by surprise is the multiplicity of personalities within the stars we create; there is a Diego and there is a Maradona, there is a Senna who is bigger than Ayrton and within one Amy there are many Amys who sing, dance, love, and suffer heartbreak. What Kapadia does best is capture the immense labour that goes into containing all these persons to live up to the one-dimensional Celebrity we create in our heads. His documentaries are not about the minds of his subjects but also about the manipulative minds, our minds, that surround them. As good documentaries should do, Kapadia’s trilogy mirrors the lives of three geniuses but also shows us our real faces in the looking glass, without ever showing us his own.

This Thematic Trilogy article was published in November 2019