The Mastery of Visual Storytelling in Bridge of Spies 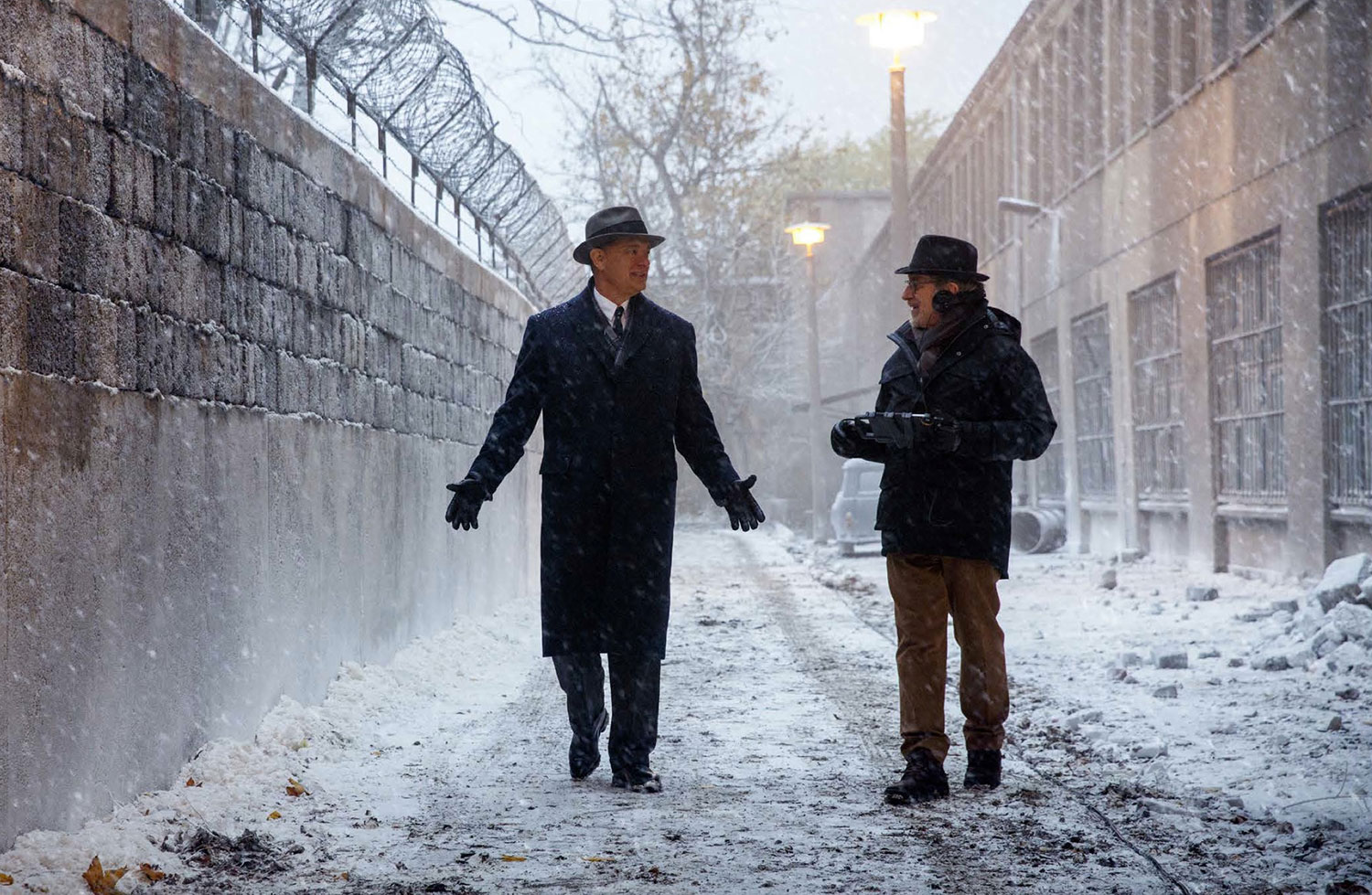 There’s a documentary airing on HBO in a few days and it’s simply called Spielberg (2017). It’s a name that has been on my mind since childhood (the very source of my filmmaker-career), but every other year it gets a publicity boost. News from Steven Spielberg-land seems to come in waves and 2017 has seen a particularly tall one for the 70-year old master. As Ready Player One (2018) and The Post (2017) are being finished for release, The Kidnapping of Edgardo Mortara (release-date unknown) is being prepped, and both E.T. (1982) and Close Encounters of the Third Kind (1977) had their anniversary releases. But before embarking on his upcoming wave, let’s look at an underrated gem from his previous one.

Bridge of Spies (2015) is far from a perfect film. Its second half is bogged down by a Spielberg-staple that feels slightly out of place in this story. In short, James B. Donovan (Tom Hanks) is being flown out to Berlin in the 1980s to negotiate a trade between prisoners, specifically the Soviet spy Rudolf Abel (Mark Rylance) for the US-pilot Francis Gary Powers. It’s a cold war thriller where we see the communists being painted as war-mongering villains, one stop short from a howling laugh at the end of revealing their master plan. Spielberg is a visual storyteller and knows his iconography, which sometimes results in silly stereotyping within otherwise great films. But Bridge of Spies, after a summer of aggressively mediocre blockbusters, came at the perfect time.

Besides Mad Max: Fury Road (2015), there wasn’t a lot to be excited for two years ago. In one word, most releases in 2015 looked lifeless. Ant-Man (2015) had the shape of a cheap TV-movie, while Jurassic World (2015) was mostly lacking in identity. Even Mission: Impossible – Rogue Nation (2015), besides an incredible Opera-house scene which should’ve been the whole film, had an uninspired vibe to it. A lack of confidence, maybe. Or a lack of craftsmanship.

Mark Rylance as Rudolf Abel in Bridge of Spies

Bridge of Spies starts quietly. Rudolf Abel sits in his dimly lit attic, painting a self-portrait, and we know Abel is meticulous and intelligent. His phone rings, he answers. Cut to Abel leaving his attic. A taxi stops right as Abel crosses the street, and a man gets out. Cinematographer Janusz Kaminski’s anamorphic lens suddenly follows this unidentified man, and we know that Abel is being followed. The next shot opens on the unidentified man peering over his newspaper in a busy metro. Abel gets out, as does the man who looks back, revealing another man following Abel. This bit in the subway plays out in a single take, not to call attention to itself, but to reveal the chessboard, with its the players and location. Kaminski and Spielberg give us the opportunity to witness and to observe, as shots linger on every movement.

To compare, there’s a scene in Jurassic World, where the boys are on the run for dinosaurs and find an old part of the park. They stumble upon a seemingly broken jeep when one of the two boys suddenly reminisces about the days spent fixing cars, with the other one nodding enthusiastically. And before we know it the jeep is fixed and they flee the scene. There’s no evidence of this skill prior to this scene, giving the audience no chance to participate in finding a solution.

The reason why the opening of Bridge of Spies works so well, and why we immediately empathize with Abel, is that we, the audience, get the chance to put one and one together ourselves. He trusts his audience is smart enough to get what’s going on without it being explained verbally. He uses expository dialogues sparingly like F.W. Murnau used as little title cards as possible because you could watch that first sequence of Bridge of Spies without sound or colour, and you’d still get the gist of it. And to prove that point, here are the first 8 minutes again, but silent and monochrome.

The first 8 minutes of Bridge of Spies, but silent and monochrome.

In interviews, Spielberg has stated he would shoot a dialogue scene from a master perspective and then cover the rest in mediums and the occasional close-up. He tunes the covering of a scene to whatever is happening on-set, finding fresh angles that go hand and hand with the beats of the dialogue. On Bridge of Spies specifically, he never used a storyboard. And yet his direction has a deliberation and contemplativeness that most other directors lack. He’s a true master and I cannot wait for another wave of Spielberg fare.