The Miracle of Rice: Viet Linh’s The Travelling Circus 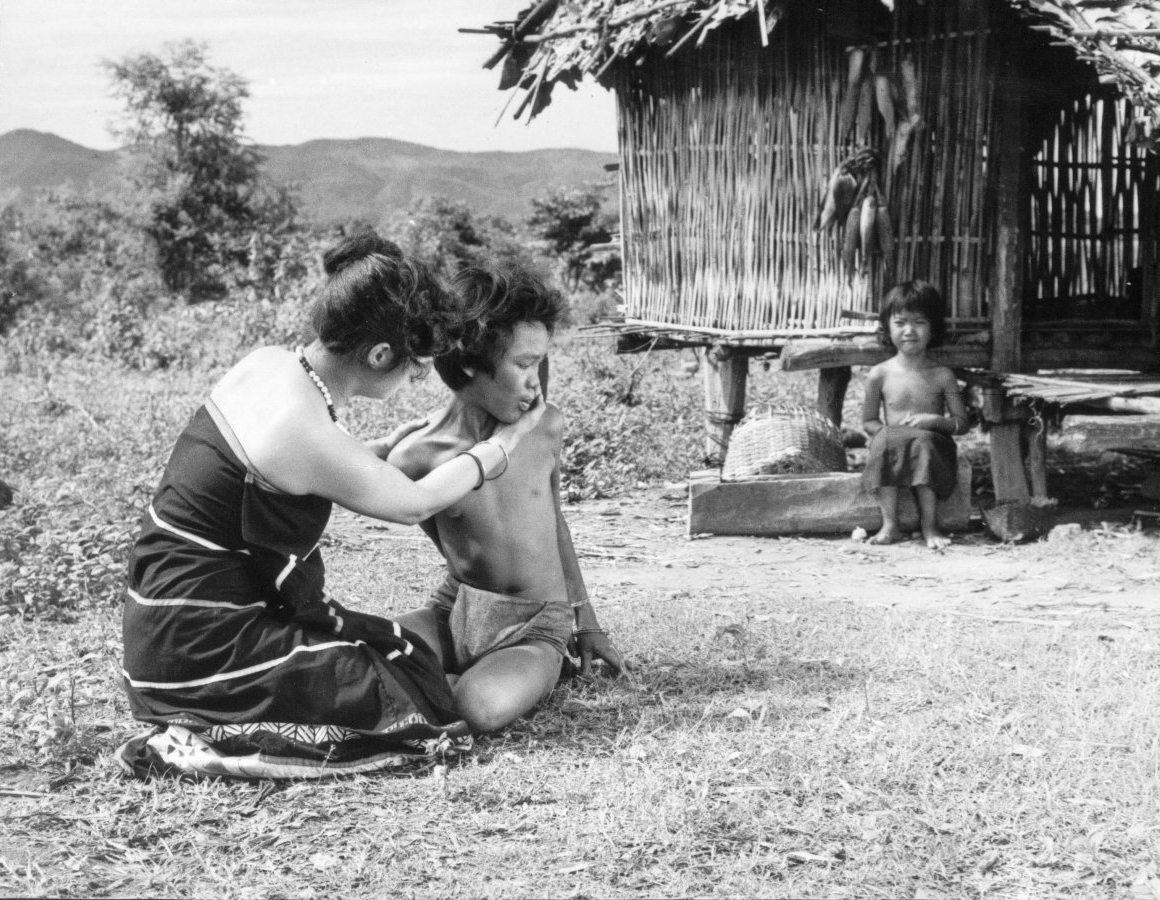 Wails of hunger, from a little girl. The thing that will stay with me more than anything else from Viet Linh’s The Travelling Circus (1988), are the anguished wails of hunger emanating from Poupon. Poupon is Dac’s younger sister, both are orphans introduced at their mother’s gravesite. With no parents and nothing to eat, the young child cries numerous times throughout, as her brother Dac tries to comfort her and get her to go to sleep without food.

Heartrending scenes, that still haunt me. An easy way to garner sympathy for the hungry peasants in the film perhaps, some might call it cheap, but it sure is effective. Dac and Poupon are among the young denizens of a village full of hungry people, who have to work hard in fields far away, just to be able to eat. The titular travelling circus that rolls into town (hailing from Hanoi), doesn’t seem like it will be able to make much money from these poor villagers. Until they discover there is also gold near the village, which is useless to the villagers, but very useful for the circus folk looking for a pay day. So the ringleader deceives the village with a magic trick that supposedly miraculously creates rice out of thin air, and the villagers set out to gather gold to persuade the circus to teach them the miracle.

If this plot was the only thing going on in The Travelling Circus, Viet Linh would’ve made a decent if simplistic moral story on the virtues of hard work and community and the evils of both the belief in miracles (read: religion) and the gold trade (read: capitalism). No doubt this is what got her the approval for production and distribution by the state-run Giai Phong Film Studio, and through its censorship.

Indeed, The Travelling Circus is in many ways a didactic socialistic work, a kind of social realist propaganda in which capitalism is introduced into a situation of precarious poverty and makes it worse. The opening scene features a voice-over that tells us all this happened a long time ago, in a Vietnam far far away in the past, because it is a story his grandmother uses to tell. In other words, a Vietnam before independence and reunification.

However, Viet Linh imbues the propagandistic qualities of her film with a beautiful black & white, stark and engaging aesthetic. Her expressive, lyrical style is evident in those heartbreaking scenes of crying children, but also in the nighttime circus performances. The trumpet that announces the nightly performance every day sounds more like a sad lament than a triumphal announcement. Already, the hurt caused by the deception and exploitation haunts the film like an inevitability.

Also, this morality tale is mostly told through the eyes of two people who yearn to break free from their roles in society. Dac believes learning the secret behind ‘the miracle’ will make him the hero of the village and save his sister from ever crying out in hunger. Lan, the girl performing “the miracle” each night, was once an orphan like him and owes her life to the circus owner, who picked her up from the street ten years ago and put her in his show. But she can’t stomach what he does to the village, all for a little bit of gold, and wants out of the circus lifestyle. Both long to break free from what the world has had in store for them so far, but with that only seems to come more heartbreak. In the end, is this political propaganda that sneaks in a heartrending tale of yearning for freedom, or a beautiful drama that happens to contain a strong political message?