The Modern Femme Fatale: From Flesh to Robot 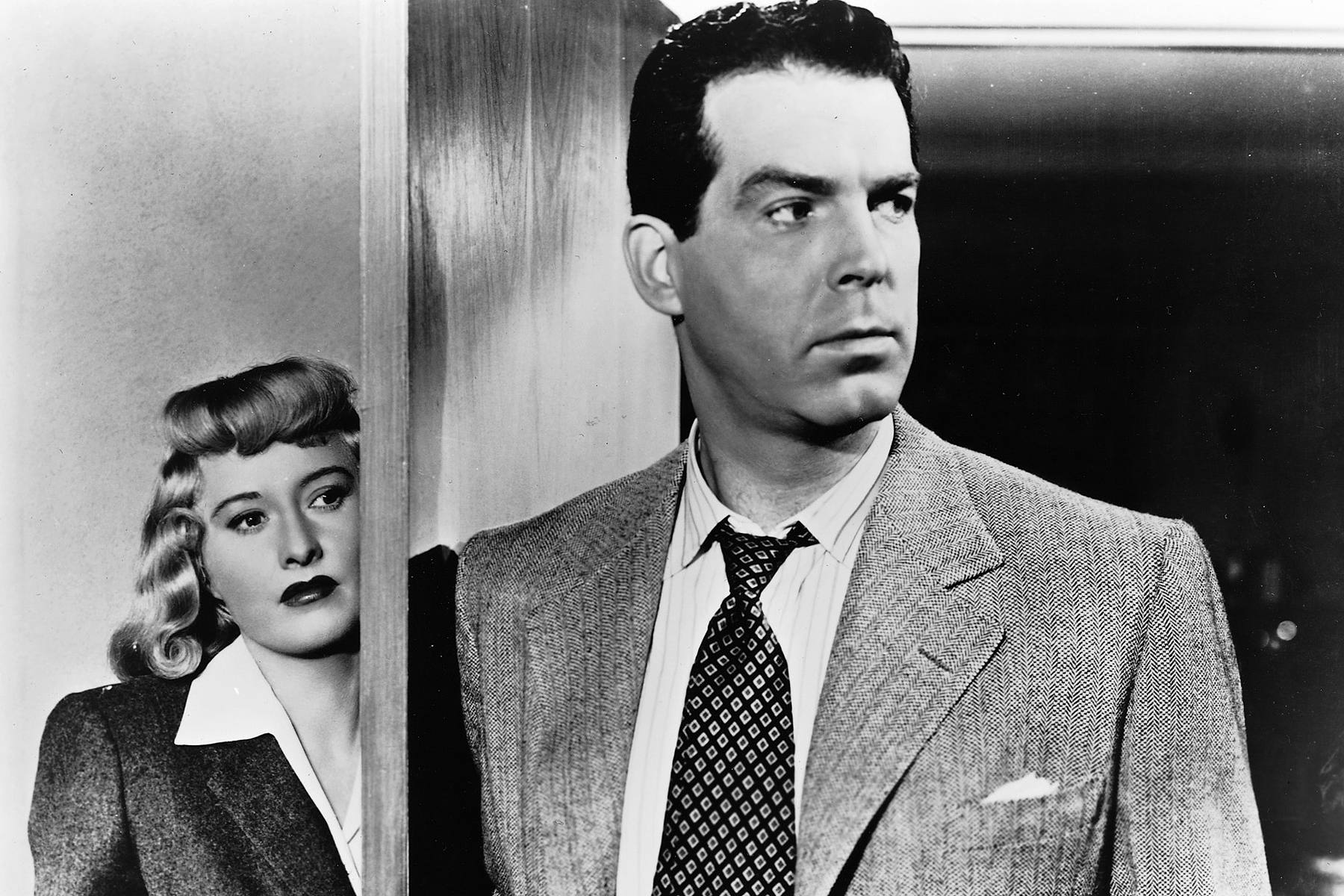 Barbara Stanwyck in Billy Wilder’s Double Indemnity (1944).
Warning: Spoilers for Under the Skin and Ex Machina.

The classic ‘femme fatale’ goes way back in literature, including Cleopatra and Mata Hari. In cinema, she flourished in the 40s and 50s as the driving character in the film noir genre. Even though ‘noir’ has had its peak during this period, the archetypical devious female never really left the big screen. The femme fatale evolved over the years, and still does. In a lot of cases we may not even be aware of this.

The approach of a deadly, seductive, and unreliable female started its course at the end of the 20s and early 30s, especially before the Hays code was in place. Leading ladies like Jean Harlow, Marlene Dietrich, Miriam Hopkins, and Barbara Stanwyck conquered cinema. They represented independent women who were stronger than their male counterparts. Not in the physical sense, although this could account for some interesting cinema, but especially mentally. Their beauty, wit, and intelligence gave them the upper-hand over the weak, naïve male. The 40s and 50s were decades where their presence and power dominated modern cinema in the noir genre. In the 60s, when European and American independent films entered the stage, the popularity of the genre slowly faded.

The role of the femme fatale in 40s and 50s Hollywood had an important societal ring to it, in addition to being seductive to the male. The independent woman was a boon to feminism in a time where the male was dominating society. The film noir gave the modern woman a vessel to be liberated from societal suppression and stereotypes. She would no longer play the role of the devoted wife and mother society told her to play. She would use her intelligence and attractiveness to become an independent part of modern society. In a lot of cases death or imprisonment was the verdict, given by the patriarchy, obviously.

Following the noir genre over the years, the so-called neo-noir produced numerous great films like Chinatown (1974), Body Heat (1982), and Basic Instinct (1992). Even though the genre seems to stay alive over time, the femme fatale didn’t really evolve that much compared to the devious ladies of forty years earlier. As the term ‘neo-noir’ implies, the genre seems to repeat itself. From a cinematic point of view you could say that the femme fatale has become more physical and sexual. The question is if this is true, or if it has more to do with the disappearance of the Hays code, acceptance of more explicit erotic cinema and freedom of modern filmmakers. Basically the role and behaviour of the female has not evolved in the modern neo-noir.

However, there does seem to be an evolution in a different sense. It is not particularly the (neo)-noir genre that raised the modern femme fatale but cinema and (arguably) even society did. The evolution of technology is more often shown through fantasy and science fiction films. Oddly enough, the female character plays a crucial role in some very interesting cases.

For a number of movies where aliens visit planet earth and aim to take over or destroy, the female form is used. This happens in comedic films like My Stepmother is an Alien (1988) where Kim Basinger seduces Dan Aykroyd. In the more fiendish Species (1995), the drop-dead-gorgeous Natasha Henstridge seduces men in order to reproduce her species. And there are more examples like this, including a number of vampire and fantasy films. The femme fatale evolves in these type of films. She becomes smarter, more beautiful and skilled. The element that hasn’t changed over history seems to be the male. He is in any case still portrayed as a naïve and somewhat simple creature. A slave to his hormones almost. Jonathan Glazer’s Under the Skin (2013) is another perfect example. The beauty of Scarlett Johansson is effectively used to seduce men. And who will blame them? This film also perfectly shows what happens when the outer beauty of Scarlett’s character has vanished. At this point the male demonstrates violent primal instincts towards an unknown creature. Without her beauty, she is seen as a dangerous threat. Arguably the same threat the female was for the male in the society of the 40s and 50s that was male-dominated as it comes to power and the legal system.

Things could even be taken a step further with how the evolution of the robot in cinema plays into the ‘weak’ male. Again intended to be funny in films like Austin Powers, where Austin marries a fembot, the male hormones are exploited. Alex Garland’s Ex Machina (2014) makes an excellent point with his film. It warns us that artificial intelligence might take over control of humanity. This, again, is done through a seductive female, this time portrayed by Alicia Vikander. She easily seduces Domhnall Gleeson’s character who she uses in order to kill her creator and escape. Vikander represents a new version of the femme fatale. Someone who again will not be told what to do and be held captive by men. Just like the classic femme fatale didn’t want to be held captive as just a wife and mother in society. This time the power and impact of her liberation suggests very dangerous consequences.

So, the femme fatale has gone through quite a transformation over the years. She evolved together with technology and is still very present in modern cinema. In fact, she never really disappeared. The only constant factor seems to be the male, who repeatedly loves to fall for female seduction. And it doesn’t matter in which form the female exists, as long if she is in any way attractive.