The Past, Present and Future of India 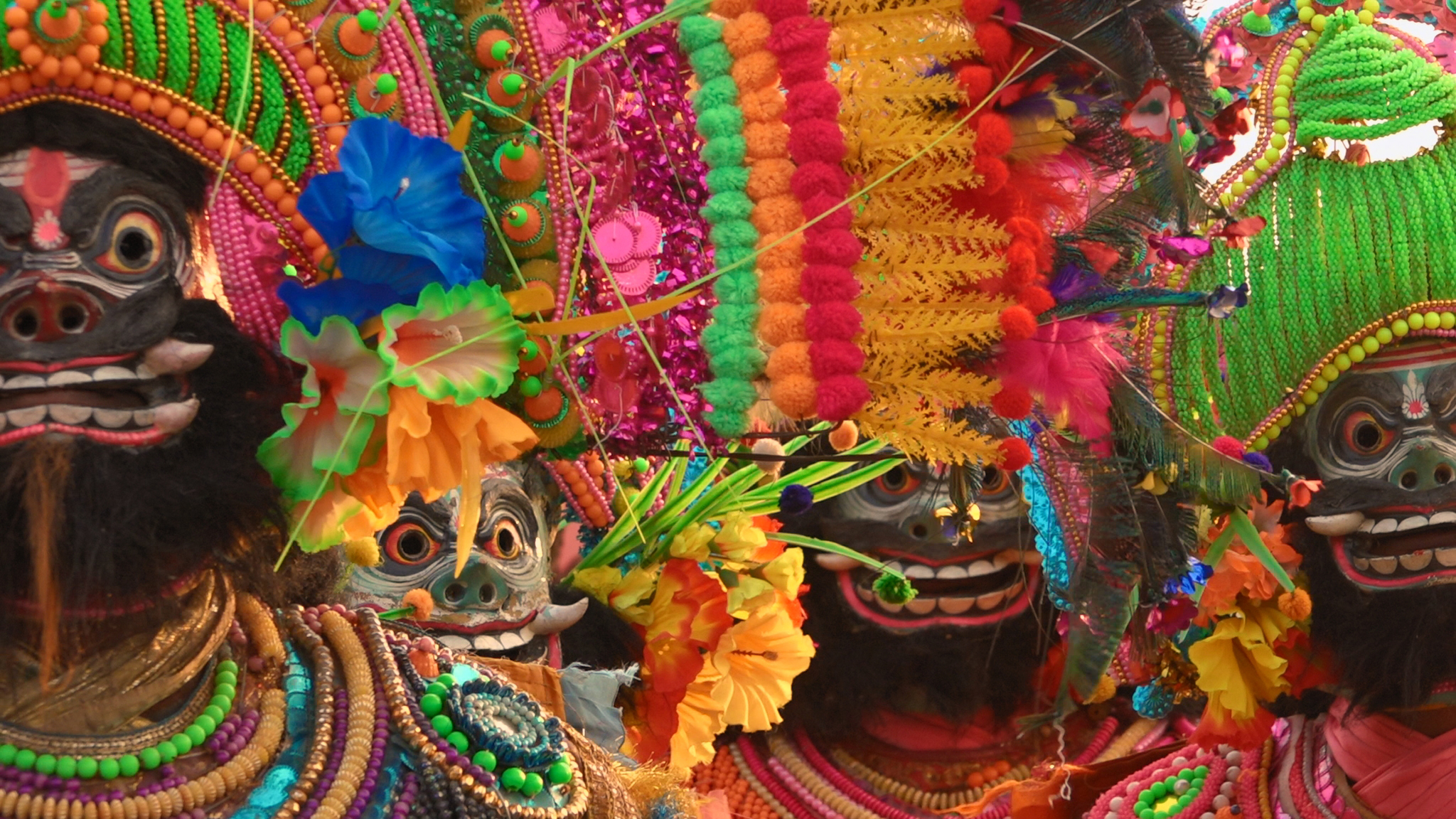 Earlier this year, India had a strong showing at the first half of the February edition of the 2021 International Film Festival Rotterdam 2021 (link). Including several excellent films, of which Pebbles (2020) won the Tiger Award. Since then, so much has happened, with India seeing the worst of the Covid pandemic yet, of any country in the world. The Indian films showing at the June Edition of IFFR 2021 do not yet reflect this, being filmed long before that time, but they do provide a window into the past, present and (fictional) future of the country.

Two documentary essays, Bela (2020) and Everything is Cinema (2021), both aim to show a community through quiet observation. Only Bela manages this; Everything is Cinema turns into something else entirely as production was started shortly before the first outbreak of Covid-19 in the country. Meanwhile, the comedic sci-fi mini-series OK Computer (2021) takes place in a future in which India was not so ravaged by the pandemic, but is instead concerned with a robot messiah and sillier shenanigans. Bela is not really a window into the past so much, as it is concerned with the continuation of a more traditional way of life, lived according to old rhythms. The men of the village of Bela practice for a Cchau dance performance at a festival, at which they later perform with elaborate, colourful costumes. Meanwhile, the women maintain the village, prepare the food and decorate Bela for the same festival, from lights on the houses to drawing patterns on the ground with a light paste that reflects those lights. Or is this a different festival? Prantik Basu followed the inhabitants of Bela with his camera over a period of over two years. Yet everything is edited seamlessly into what appears to be only two nights and two days. The result is an at times mesmerising, hypnotic juxtaposition of different daily rhythms. A kind of life that has been lived that way for centuries, but also seamlessly incorporates disco balls and mobile phones into ancient traditions.

Everything is Cinema is also a film of contrasts, but in a different manner. Don Palathara, a Malayalam filmmaker, was inspired by Louis Malle’s Calcutta (1969) to make a documentary about Kolkata now, and see if he, similarly an outsider (being from Kerala, he speaks neither Bengali nor Hindi) would make a similar film. But soon after he arrives, the pandemic hits, the city goes into lockdown and all he can really film is his wife in their small apartment. What was meant as an essay on a city of nearly 15 million, turns into an examination of two people: the filmmaker and his wife.

The director who set out to make a film about Kolkata turns out to be a fictional filmmaker named Chris, and his wife Anita, a Malayalam actress, is played by the Malayalam actress Sherin Catherine. Are only their fictional counterparts married, or are they in real life, too? It would explain why they’re there in the first place, and it does make sense that Palathara would pivot quickly from his intended project. Regardless, it adds an extra layer that makes Everything is Cinema more interesting than the morose project it would otherwise seem to be, in which a husband spends most of the running time criticising his wife.

The filmmaker within the film, played by the filmmaker, starts out by philosophising on how he got back into his reading habit and how film production should break loose from the chains of capital by pivoting to more micro-budget films (both reflected in the title of the film, which is named after a book on Jean-Luc Godard by American film critic Richard Brody). Although he himself is never on screen, his voice-over dominates the film. And soon it’s his wife who bears the brunt of his most critical thoughts.

Their marriage was already in trouble, as they grew apart during years of separately shooting films in different places. But now their differences can no longer be escaped. Thus, Chris criticises her beauty routine and diet as foolish conformity to (westernised) beauty standards (and calls himself a feminist for doing so). A recurring theme, as he also judges her later for sending selfies a lot and responding to all compliments she gets. “Superficiality is what she thrives on,” he says over a shot of her posing for a selfie.

He laments that she is not able to be alone, always surrounding herself with people, and now quickly making friends with a downstairs neighbour, giving her relationship advice “as if she knows anything about that.” He hates how she’s constantly on the phone with her brother, whom he views as a parasite, and later hates how much she phones his mother, during which they complain about him. Or, as he puts it: “My entire life got fucked over by these two women, and now they’re forming a league.”

For a long time, Anita never gets a voice, while Chris rambles. Sometimes his remarks are sharp. Her belief that yoga will keep Covid away is rightly ridiculed, and his observation that the dissolution of their relationship started not when they stopped having sex, but when they stopped watching movies together, has a poetic ring to it. Slowly, she also starts getting in more and more shots at him through direct arguments with him, cursing directly at the camera.

Chris, however, sees all this as exposing the truth about her to the world, and compares himself to Julian Assange and Edward Snowden for doing so. In the end he calls her side of the argument silly, since he’s just another man with a thousand shortcomings. Through his constant judgement of her, sometimes through language and thoughts bordering if not outright spilling over into misogyny, he reveals a lot about those shortcomings, despite not seeming to realise this. As a straight documentary, this would’ve been a strange, morose documentation of a failed marriage. As a fiction film made as if it were a documentary, it becomes a meta-commentary on both the critiques of the man, his lack of self-awareness and how that, his misogyny and his attitude contribute as much to the dissolution of their marriage as the faults he sees in her.

The couple in OK Computer, Saajan and Laxmi, also once had a happy relationship, but that is in the distant past. They meet again as cops from different departments working on the same case: a man is run over by a self-driving, sentient car. He sets out to prove the machine is guilty, she sets out to prove the car was hacked by a human. Their personal history quickly gets lost in the detective story, which in turn is almost drowned out by the sights and sounds of all kinds of robots, extremely silly shenanigans of both humans and robots and a story that swerves into the ridiculous at times. There’s lots of fun to be had with the weird future world they inhabit, the purposively robotic acting by some actors in supporting roles (Kani Kusruti steals the show from the two leads easily) and the nutty humour that pervades the series.  But as the detective plot takes twists and turns along a corporation trying to take over the world, hooded anti-robot terrorists and a robot messiah who quits saving the world to do stand-up, the human element gets lost a bit. Thus there are a lot of laughs along the way, but the dramatic climax in the final two episodes lacks both the emotional impact and thematic relevance the creators seem to shoot for.