The Personals Never Gets Personal 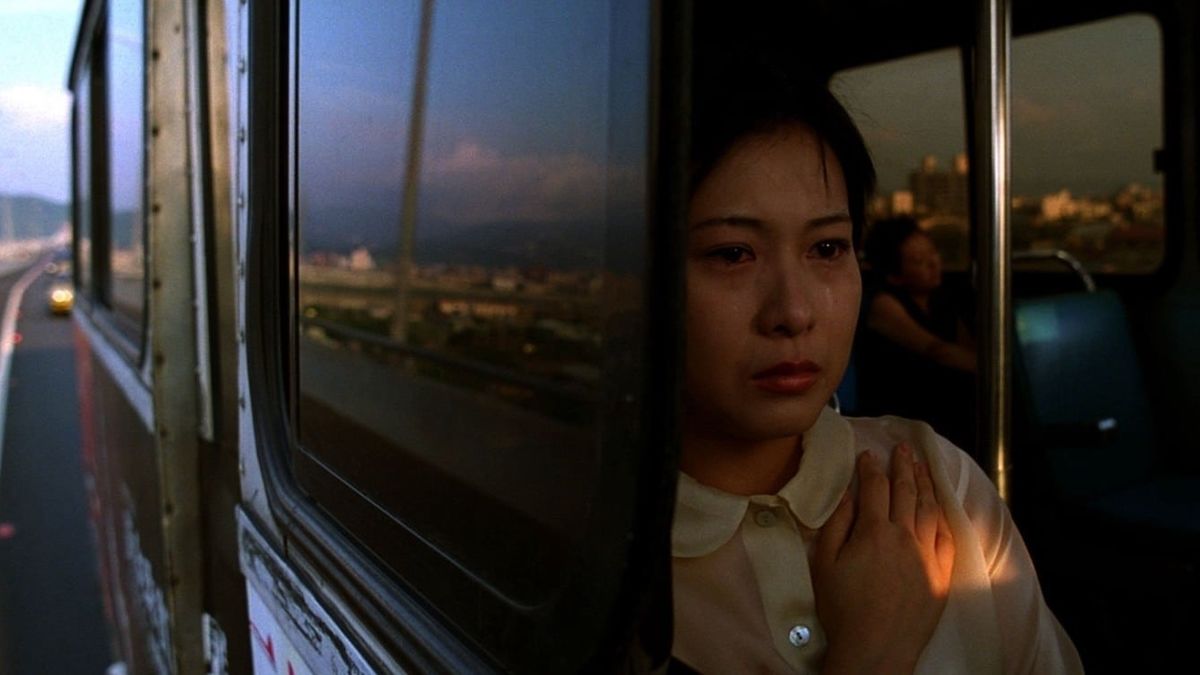 The Personals (1998) painstakingly documents the desolation of Taiwanese 1990s modern society. However, at times as cursory as the blind dates, the film rarely claws into the emotions of its observed loneliness.

The young eye doctor Du Jia-zhen (Rene Liu) places an ad in a major newspaper to meet men and hopefully find someone suitable for marriage. Both being picky and meeting a diverse set of often eccentric characters takes an emotional toll and leaves her desperate. The voicemail of her ex-boyfriend receives her reports after failing to meet the right person again, despite hundreds of reactions. Her phone calls are never answered. Not coincidentally, she arranges all blind dates in the same nondescript tea house where she first met him.

The films cycles through its motley crew of suitors with ease, creating a variegated montage which does allow for breathing space during the more enervating dates. The men sitting opposite her in the sober and starkly lit tea house run the gamut, from business-like to strange. One casually drinks his beer up close and lays his cards on the table right away: he just wants to sleep with her. While others immediately start rattling about marriage. In one of the more arresting moments, a hustler leans back casually, of the opinion it doesn’t hurt to ask Du if she would like to earn some extra money with him. While in another, a game ensues with an actor in an easily discovered disguise as a bearded fellow with a bad leg.

At times a slight comedic slant accompanies the dates, such as when a friendly businessman eagerly shares his love for pornographic films in an uncomfortably intimate date, or another quickly dives underneath the table to try and fit brand new Parisian shoes on Du’s feet. Yet director Chen Kuo-Fu never leans into the humour, staying matter-of-factly on everyone’s polite smiles and registering all the romantic misadventures from a respectful distance. With documentary-like inclination The Personals observes the diverse cast (with the musician Wu Bai playing a version of himself). It feels like a file cabinet that painstakingly categorises Taiwanese society at the edge of the new millennium according to personal habits and social roles, each entry pulled out one by one.

As a sociological snapshot it fits into the Taiwanese New Wave films that brought up social issues in their dramas. Compared to for instance the frantic linking of separate stories in The Terrorizers (1986) cinematographer Nan-hong Ho shoots as crisp and clean, but here a subdued sadness permeates. A disconnect lingers in each scene between the characters themselves and their surroundings, empty spaces where only a brightly lit tea glass brings colour. Everybody stays afloat on their own island, from Du herself coping with grief from her past relationship, to men unsuccessfully sharing their passions, like the pinball playing man who loses himself in the game while Du walks away. With the independence of modernised society comes a loneliness haunting The Personals. Yet due to the tacked on backstory of Du and a predilection for showing as many awkward blind dates as possible, the film never strays off the chronicling path. As a document of loneliness, The Personals never gets personal.

This Outdoors Outdoors article was published in November 2021