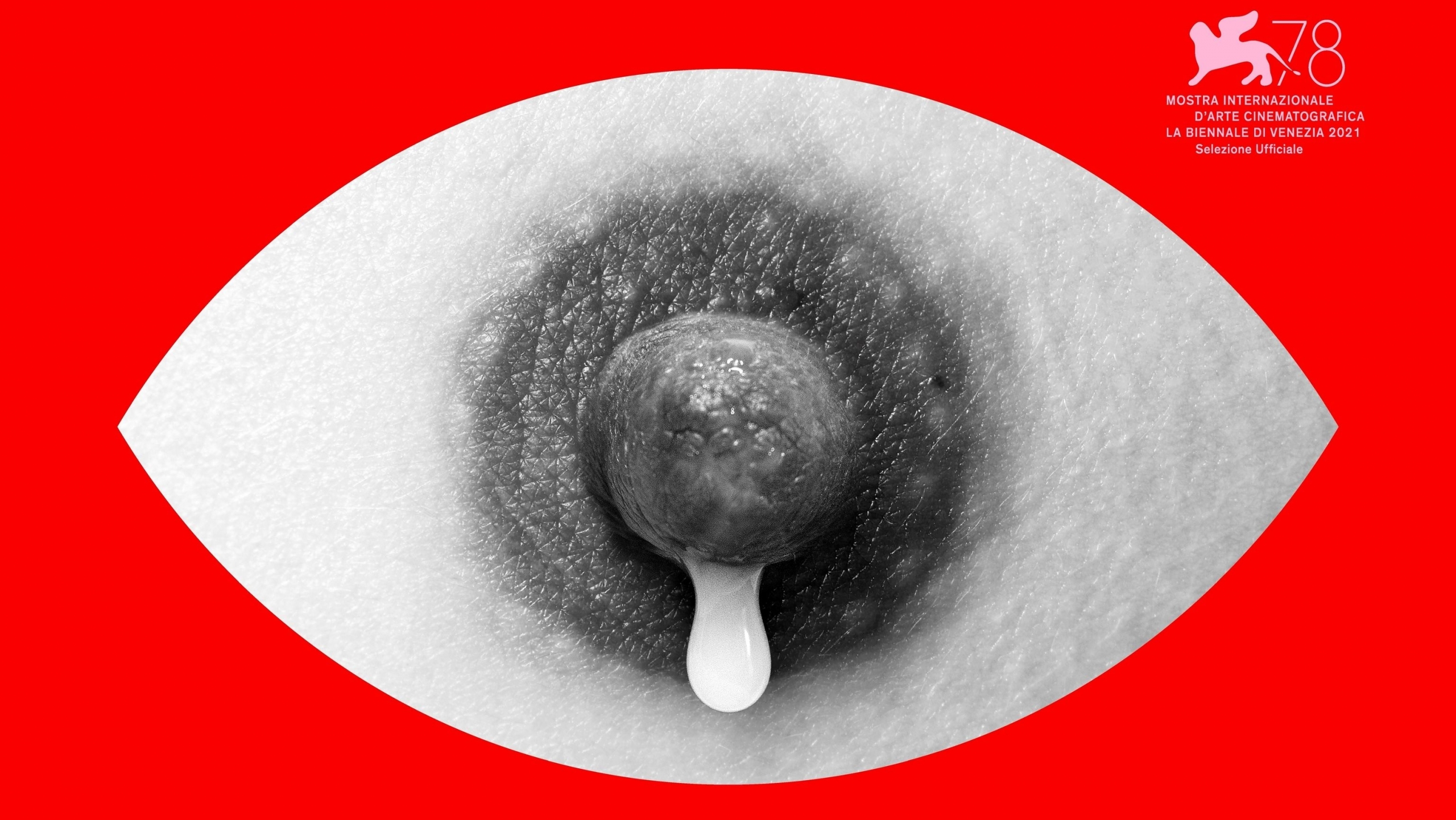 The Spanish poster for Parallel Mothers, Pedro Almodovar’s masterful 2021 film, features a striking image. In its centre, a nipple with a thick drop of milk dangling from it. Around the areola is the outline of an eye. I have read descriptions of the poster as a crying eye, but if you look closely you’ll realise that the nipple plus the milk droplet also form the shape of a keyhole.

As we may infer from this poster, this film presents women, and especially mothers, as the key to the history of humankind. It not only deals with the children of the protagonists, but also the history of the main character’s grandparents, and even great-grandparents. Here we have what is possibly Almodovar’s most political film. As Cruz exclaims during an argument “until we have kept our promises, war in this country has not finished”. The promises she is talking about are at the crux of this film.

Penelope Cruz plays Janis – a successful photographer living in Madrid. She meets Arturo on the shoot for his next book cover. He’s a legal anthropologist and after the photoshoot she asks him about the possibilities of opening up a mass grave in her village in the Navarre region in the North of Spain. The people from her village were Republicans – those who fought against Franco’s Nationalists in the civil war between 1933 and 1936. Her great-grandfather was also a photographer, who took photos of all the men who were to then die at the hands of Franco’s soldiers. These portraits are shown to Arturo by Janis early on in the film, and then they appear constantly throughout the film on her walls, like talismans leading her towards the truth about the past.

When she falls pregnant after an affair with Arturo, Janis decides to have her first baby at 40 years old. In the hospital she meets the young Ana, who is still in her teens, but she’s also about to give birth. The two become fast friends. In both cases the father is not really present, but I get the impression that they would have just been a burden to the plot anyway. At the heart of the film is the idea that the mothers are the ones who are in charge of tradition. It presents the mothers as not only bearers of children, but bearers of meaning – capable of passing down an understanding of history to their children in a role that is traditionally put aside for the father.

In France, the poster for the film features not a nipple-eye, but Ana and Janis embracing, wearing stripes in different directions, distinguishing and amalgamating them. Penelope Cruz’s face is towards the camera. Her star factor perhaps explains this alternative poster, but I suspect the nipple is just too shocking for a French audience. France is a country in which most mothers choose not to breastfeed in public, and it is often considered bad taste to do so. Perhaps it’s because a nipple and milk remind us of our fundamental helplessness and vulnerability, and our deep reliance on our mothers. After all, no one likes to be made to feel vulnerable. It would be interesting to compare which countries use which poster, and how that matches up with cultural norms to do with motherhood.

The eye also appreciates the beauty of Almodovar’s pure, obsessive colour coordination. A mention should go here to production designer and regular collaborator Antxón Gómez. Not only is Janis’ apartment gorgeously filled with bright Spanish reds, greens and yellows, but every scene is carefully colour-coordinated. In which other set design would you find the main character’s phone cover matching her clothes every time she uses it? When she’s at work, it matches her sage green blouse. When she’s in love, it’s bright red, matching the red bouquet of flowers in the background. When she’s sick and throwing up – the green background of her bathroom looking sickly against her skin – her cellphone is bilious white.

Using a part of the body on a film poster is not new to Spanish cinema. In fact there is a long tradition of it. Think of all the lips and eyes and breasts and legs on the posters of the films of Luis Buñuel. What may come to mind first is the 1972 poster for The Discreet Charm of the Bourgeoise. It features some huge lips, ever so slightly parted. The lips are memorable for their strange bestial qualities, yet they could somehow belong on just about any human. Almodovar is a self-proclaimed fan of Buñuel, and many of his film posters have featured parts of the body too. By isolating one body part, you can reference the whole human race.

Parallel Mothers is memorable for the way that it deals with human history by showing the importance of self-knowledge through family history in modern times. Recent Spanish politicians have encouraged brushing history under the rug, but Hispanophone thinkers such as the Uruguayan journalist Eduardo Galeano, quoted at the end of the film, help us to remember the importance of uncovering the truth of the past. The proper disposal of corpses in the village can be understood as a key to unlock the suffering of the past. By showing those who lie in that grave, a truth that will help to recover the suffering of the past is uncovered.

The photographs of the victims bring them to light again, by presenting a family history through the gaze. How clever to successfully make the viewer ponder not only what they see through the eyes of the protagonist, but also what was seen by that protagonist’s family and what may be seen by their children.