The Supernatural in Realistic Film 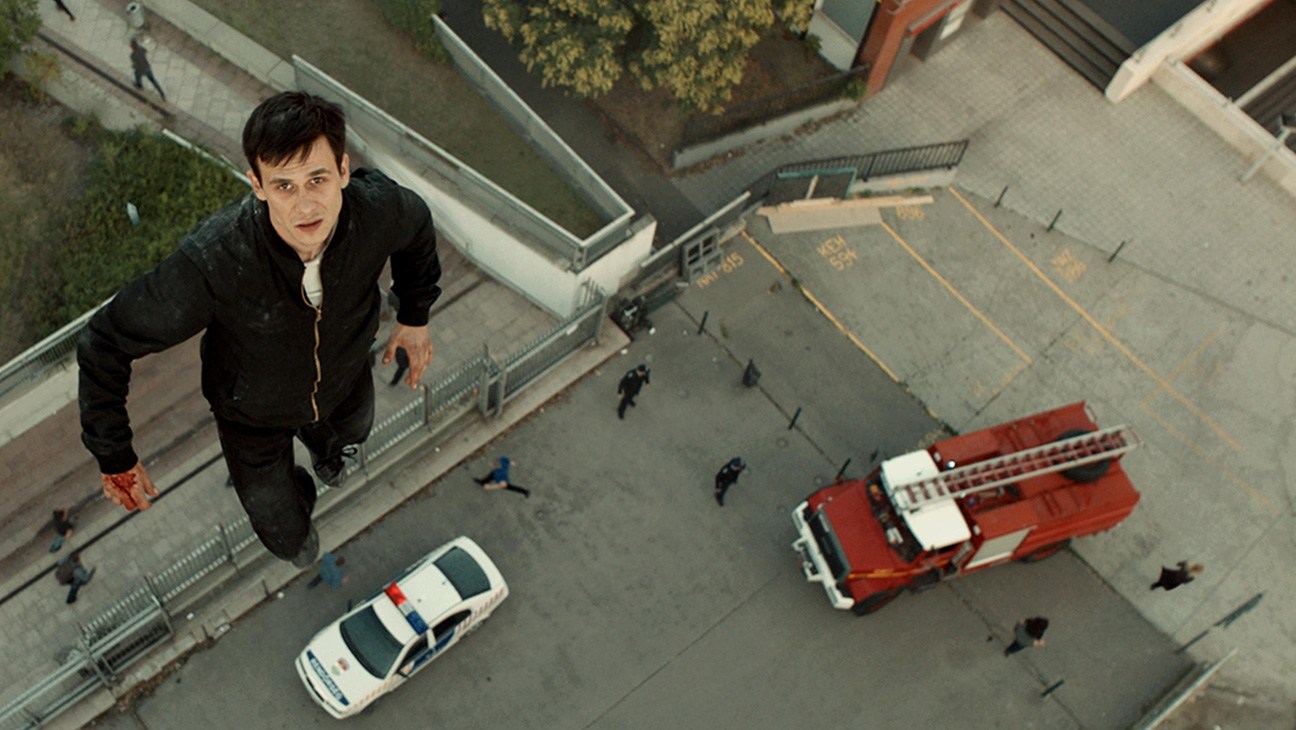 There is an impressive image in Kornél Mundruczó’s Jupiter’s Moon, reminiscent of the more spiritual moments in films from directors such as Dreyer and Tarkovsky. We KNOW we see a man rising from the streets, although we do not see much of him. We only see the perplexed expression on the face of a woman, directed at us, as it is a kind of point-of-view shot of the man we already saw floating above the ground several times. Why is this such a strong image, while the rest of the supernatural in Jupiter’s Moon fails to convince, let alone, to captivate the viewer?

There is something strange about the supernatural in films. Although we accept all kinds of implausibilities in so-called realistic films (‘suspension of disbelief’) such is not the case with the supernatural. It is for instance absolutely a no-go to resurrect characters from the dead, within the context of a realistic drama. Such an intervention would undermine the dramatic suspense. The viewer would simply feel cheated.

Whereas, in certain genre films, such as horror, fantasy, or science fiction, it is perfectly acceptable to use supernatural elements to heighten the suspense or benefit otherwise from the unfamiliarity this creates. For example, antagonists in horror films would seem far less powerful and scary when they lack the monstrous they often do.

The Supernatural in Realistic Drama

Bold is the director who dares to enter territories between realistic drama and genres of the fantastic. Earlier this year I saw Amat Escalante’s The Untamed (2016). A seemingly natural drama about troubled relationships, except for the fact that women in this film tend to be attracted by a giant alien hidden in a shack, who seems to satisfy all their sexual desires. It does work, because the film is still about the disrupted relations between characters. The alien is never meant to be an end, but functions as a catalyst.

In much the same way Mundruczo handles the supernatural in Jupiter’s Moon. There is only one supernatural element, within an otherwise harsh and realistic drama about the crisis Hungary faced when thousands of Syrian refugees tried to enter the country in 2016. One refugee is shot to death, but rises some ten metres above the ground afterwards. Later on, he is picked up by a Hungarian doctor, who tries to make money out of this refugee with floating skills. This film is not so much about the supernatural, as it is about the crisis and lack of humanity.

There are several scenes that depict the floating of the man. Most of them are constructed as a kind of show; it could be mistaken for a trick by a Las Vegas illusionist. It even reminded me of early shorts by directors such as Georges Méliès: Cinematic trickery, intended to make the viewer wonder about the technical howabouts. Most excessively so in a scene where the man climbs the walls and ceiling of an apartment that seems to tumble upside down. This ‘performance’ as I like to call it, lacks any connection with the plot and has little significance for the meaning of the film.

The status of ‘performance’ makes it hard to experience those moments of the supernatural as a profound kind of cinematic magic. Cinematic trickery is no longer enough to captivate the viewer, as he or she is familiar with the endless technical possibilities of this CGI-age. It is the context that is essential whether one can accept or even ‘believe’ the supernatural. In Jupiter’s Moon, the floating refugee is just too much of a symbolic significance. Due to this, the story feels like a fable. A fable is a story not made to ‘believe’ in, but to study its meaning. Maybe that is why a fable often feels so detached.

Weerasethakul’s Handling of the Supernatural

This is best illustration of a director who uses the supernatural successfully in most of his films: Apichatpong Weerasethakul. His films contain ghosts, reincarnated persons, fairytale-like creatures, and people with paranormal skills. These supernatural elements blend with spiritual themes and a strong emphasis on nature. Weerasethakul’s films can be seen as a very personal view of Thai spiritual life, where there is more space for such supernatural elements than Western viewers may be used to.

Uncle Boonmee Who Can Recall His Past Lives (2010).

This context already justifies the supernatural within a realistic setting, but at least as important is the way Weerasethakul handles this technically. His films tend to slide from a realistic approach to a more dreamlike sphere. Sometimes, characters are indeed sleeping, making it ambiguous how to interpret the supernatural. As a matter of fact, I found myself dozing off more than once during one of his films, but getting wide awake when there was an unexpected twist. It is like this status of half sleep, where the mind loses control over thoughts, and wild imaginations take over. I realized Weerasethakul accomplishes this effect by the sheer quietness of a scene. There is often no sound, apart from the ever chirping crickets. The shots are long and static, the action is little, but enough to require attention. There is always lurking a suspense of the quietness, the spell, being broken any moment. It is enough to captivate the viewer, to make him or her susceptible to the supernatural.

Back to Jupiter’s Moon. Back to the scene I mentioned in the introduction. The supernatural is presented not so much in your face, but is rather present without being seen. This scene creates a sphere of the mysterious, thereby triggering the imagination of the viewer. The expression on the face of the observer speaks for itself: there is no need to make the supernatural as explicit as Mundruczo does in other scenes. The emphasis is not on the technical accomplishment of the scene, but, as it should be, on the powerful effect of a moment of the supernatural.