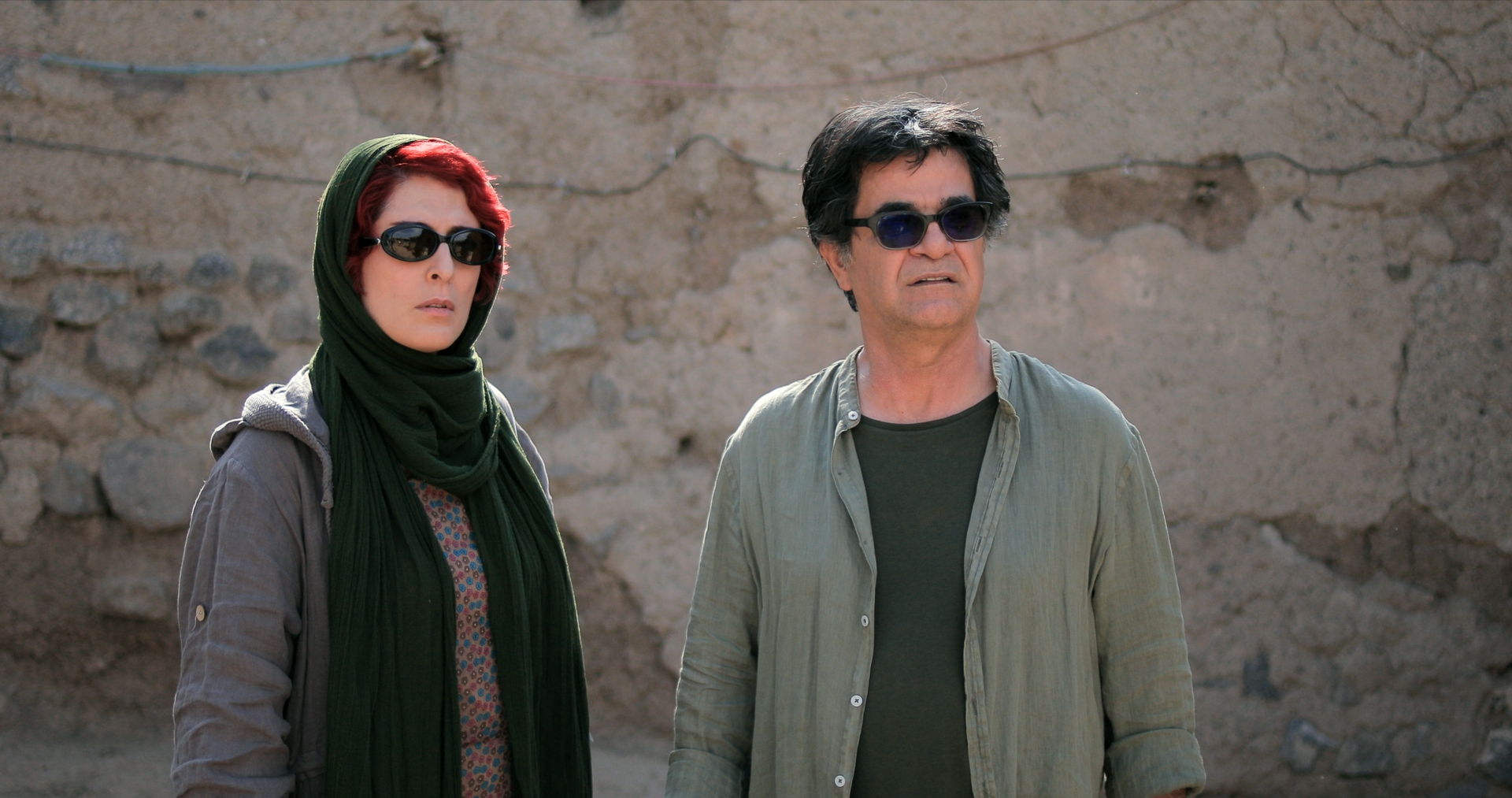 In some ways, 3 Faces (2018) is Jafar Panahi coming full circle. It has been described as Panahi doing Kiarostami (for which he’s also been criticized, though how that would be such a bad thing is beyond me), and the Kiarostami films 3 Faces perhaps most resemble are the second and third film in his masterpiece, the Koker trilogy, Life and Nothing More (1992) and Through the Olive Trees (1994).

Both blur the line between fiction and reality, have to do with filmmaking and acting in rural Northern Iran, concern a trip by the director by car through these parts and connecting with locals in search of information about young actors in the area. And of course, Panahi’s career as director really got jumpstarted by being assistant director on Through the Olive Trees, during the shooting of which Kiarostami helped Panahi to make his first film as director, The White Balloon (1995), by dictating the script for it to Panahi during car rides.

But 3 Faces is also distinctly a Panahi film, not in the least because he himself features so prominently in it. It feels like a natural progression from the films he’s been making since 2010, when he was officially banned by the Iranian government from making movies for 20 years. Since then, he’s always appeared in his films as himself, always blurring the line between fiction and documentary. The opening of 3 Faces, the fourth film he made despite the ban, encapsulates this blurring of lines in a nutshell: A small town girl has sent the well-known Iranian actress Behnaz Jafari a video from her phone, in which she asks her to talk to her family to allow her to go to acting school in Teheran instead of marrying her off, only to commit suicide at the end of the video. It immediately opens all matter of questions about the veracity of her story and her suicide, and how much we can trust these apparently real images (home videos shot on phones being the newest form of seemingly unaltered reality filming) – which of course also opens up the question about the veracity of the rest of the images in the film – but it is shocking enough for Jafari to try to seek out the girl and find out what happened, and enlist Panahi (who received the video intended for her on his phone, for some reason) in the process to drive her to the remote area where the girl supposedly lives (or lived).

Despite this heavy subject, 3 Faces is quite lighthearted at times, with Panahi’s typical light humour and slight absurdity peppered throughout. Much of is a form of observational humour, that comes to the fore by Panahi filming simple interactions between people. One of the most enjoyable aspects of the film is the continuous inviting in for tea, an aspect of Iranian daily culture that occurs so frequently in 3 Faces, it becomes humorous through repetition. Whether they are considered complete strangers, famous film people or even unwanted intruders, Jafari and Panahi are always invited in for a cup of tea. And if they refuse, a complicated back-and-forth ensues, which is sometimes exasperating and sometimes quite funny. When they tell one man they cannot stay and have to go, he doesn’t take no for an answer by replying: “We’ll all have to go someday, it’s better to have some tea first.” Besides such small observations, Panahi is also concerned with the oppression and expectations of women in Iranian society versus their own desires, as he has done before in films such as Offside (2006). In 3 Faces, the girl from the village wants to become an actress, but her family doesn’t like this idea. Her mother finds her a husband, hoping her daughter’s dreams will fade after marriage. But then the girl asks to go to acting school in Teheran before the marriage, something neither family likes. So she makes her video, in the hope that famous and well-respected actress Behnaz Jafari comes to visit and talk to her family on her behalf, to convince them that it’s not bad, sinful or useless for a woman to become an artist. But the attitude Jafari and Panahi encounter in the local community towards ‘artmakers’ and their use during those many tea breaks makes clear that the only way they could help the girl get to Teheran, is by simply taking her back with them against her family’s wishes.

This becomes even clearer when the duo learns of the fate of an ostracized woman who lives on the edge of the village, who once was an actress before the censorship of art that came with the Iranian Revolution in 1979. After which, she had to return to her hometown in disgrace, with hardly a penny left over from her stardom. She was actively persecuted in the town and only left alone, after a few years, after settling slightly outside of it. Of course, the answers to what has happened with the girl and to the question of how real her video was can be found with the old actress. Though Panahi never really resolves the larger questions surrounding what exactly is real and what is fiction in his film, as such a resolution and clarity were never the point in the first place. Through the tension between reality and fiction in much of the work of Kiarostami, Mahkmalbaf, Panahi and other Iranian filmmakers, a new truth is always found, in which both are true and not at the same time. According to some, this is a reflection of Iranian culture, that consist on the one hand of an official version put forth by the government and religious and societal rules, and of the way people live and act (mostly in private) on the other hand. Although I’m not qualified or knowledgeable enough to back up that view, it does seem to fit with the fact that 3 Faces is now the fourth film Panahi has managed to make and get out into the world, despite being banned from making films.