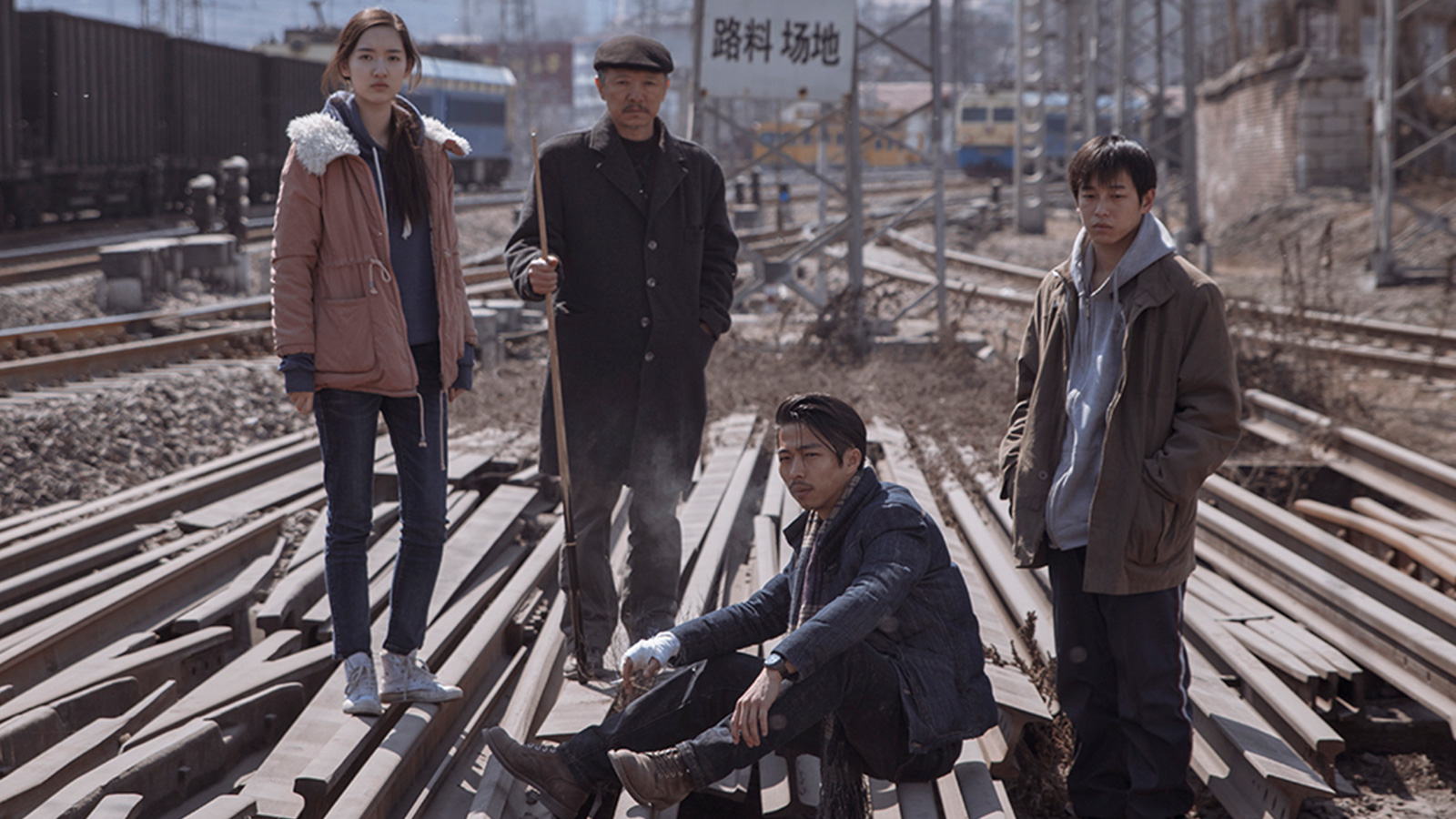 It’s evening when Yu Cheng (played by Yu Zhang) sits with Wei Bu (Yuchang Peng), who Cheng has been pursuing for most of the film’s duration. With a beautiful view of the industrial landscape surrounding them, Cheng prompts Bu with a question: “If you’re standing on a tall building’s balcony, what would come to mind?” It’s been a very tumultuous day for everyone involved, and as the setting sun reminds us, there’s still a little bit of it to go. What would come to mind?

Clocking in just shy of four hours, director Hu Bo makes sure we see every detail of this long, exhausting day, which unravels in fluid long takes. While every character weaves in and out of the other’s existence, the camera hovers around them. It’s a style of cinematography that is closer to a piercing stare than anything else, which helps us to search for and hopefully catch a glimpse of empathy in an unempathetic world. To look and try to understand these cold, blank faces.

While Cheng and Bu play a harrowing yet meandering cat-and-mouse-game, the young Huang Ling (played by Uvin Wang) and the old Wang Jin (Congxi Li) are dealing with their own endangered independence. Jin’s son and his wife tell Jin that they’ve decided to send him to a senior care facility which, according to the couple, is better for everyone involved. But seeing as they live in Jin’s apartment and Jin still having his health, their reasoning ends up being merely of a financial nature. Ling, on the other hand, lives with her alcoholic mother who blames Ling for everything bad happening to them.

Every aspect of the city seems to have lost its colour, though that colour might’ve never been there in the first place. When we enter this world as spectators, every protagonist has already stopped communicating properly. Everyone blames the other, making their life more miserable because they’re simply too afraid to look inward. It’s no wonder our protagonists shared need is to escape to Manzhouli to observe an elephant that just sits there and ignores the world. Sick and tired of external forces pushing them far into the negative, their only solace is passivity and calm.

It’s impossible to not view this film in light of Hu Bo taking his own life shortly after finishing his debut film, making it also his swan song. Its hopelessness might come off as a cry for help, but as bleak most of this film might be, for me, it eschews the trappings of the genre: it never loses sight of its humanity. Our protagonists keep discovering slivers of hope, which they hold onto as much as they humanly can (simple pleasures like flicking a lit match up at a ceiling for it to stick and leave a burn mark). “If you’re standing on a tall building’s balcony, what would come to mind?” To which Bu responds: “I would think: what else can I do?”

Hu Bo might’ve lost his battle in the end, but this film is nothing if not him trying, fighting and surviving. Maybe to find empathy in an unempathetic world or simply to search for humanity, but to hopefully end up in Manzhouli to see an elephant sitting still.