They Know Why We Suffer: Sundance 2021 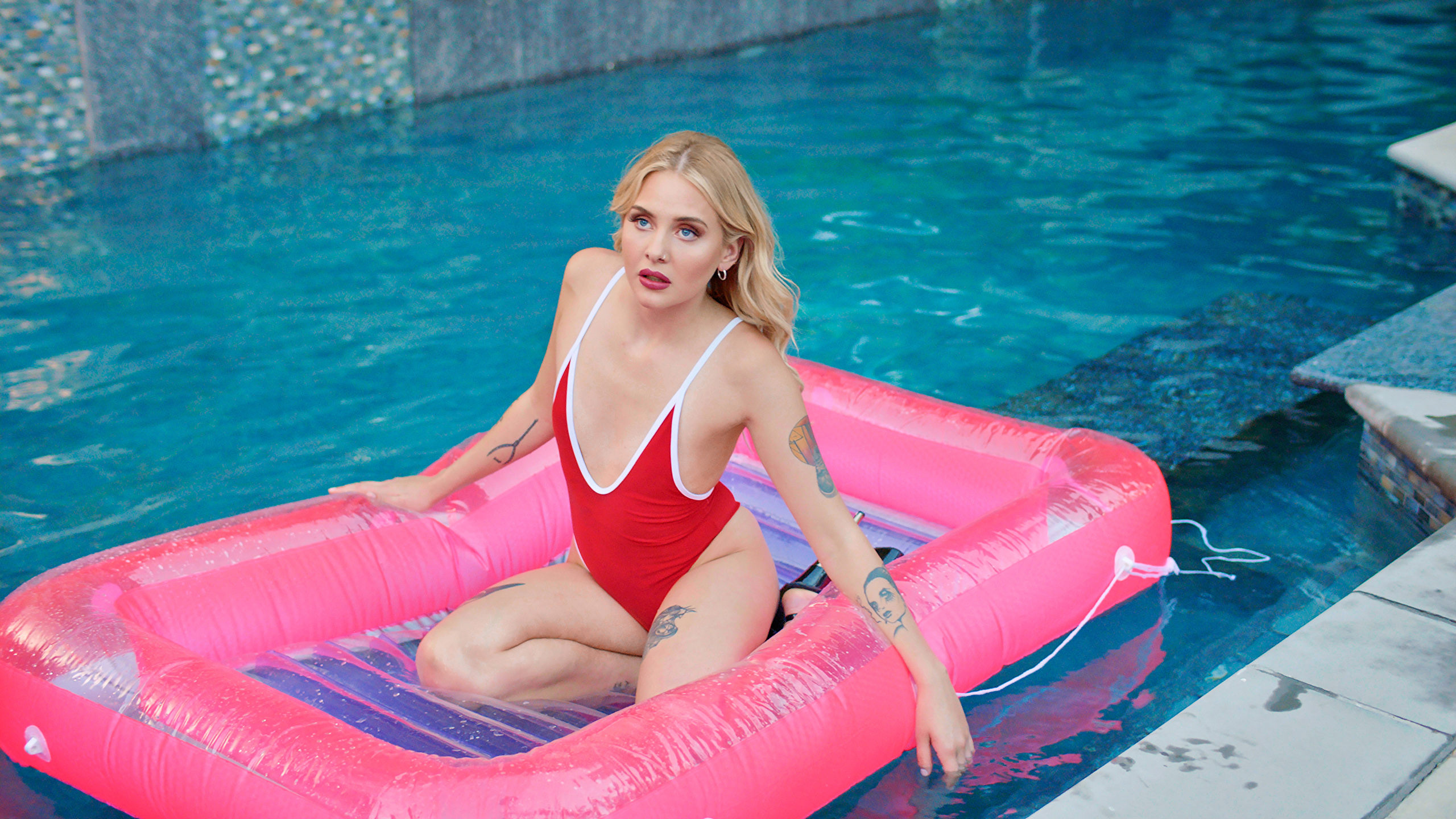 It was pure blindness that prevented me from dreading that during the 2021 Virtual Sundance, there would be a slew of movies about life in the pandemic, or at bottom life in crisis. It’s not that this isn’t an understandable tendency, indeed it would be a little perverse if across the several dozen titles no one mentioned how daft and terrifying life is now, but it was disheartening nevertheless to see so many computer screens, people hiding from mysterious diseases and other apocalyptic doings, and looks at life literally during COVID-19 and the police state in America. The idea of a “Sundance movie” has been pretty consistent for the last…well since the festival’s inception, and you could sense in the programming both a push to combat the perception that the festival programs nothing but cute and earnest looks at life kinda sorta on the scribbled-upon margins, but the idea of finding a new kind of movie to augment or redefine the festival’s identity through new selections lead to ossification just as quickly. Sundance 2021 was all about the crisis of living in 2020. By 2022 most of these movies will be justifiably forgotten. No one ever wants to relive what we went through through non-fiction or especially fiction. Millions of dollars and 90 minutes and the best you can do is rehash what every single human lived with last year? Honesty just has no place here anymore. That alone is simply not going to cut it.

50 minutes into Ana Katz’ 70-minute The Dog Who Wouldn’t Be Quiet (2020), a catastrophic event strikes the sleepy Argentine hamlet where the film is set and the characters spend the rest of the movie in bubble-helmets to avoid contact with the air outside. That at least was perversely funny, though it didn’t quite enliven the movie, which felt like a sort of Nicolas Pereda movie without the edge. Yes, that’s what it felt like last march. A not particularly interesting movie was about to get good and then the apocalypse happened, and things got boring and dangerous at the same time. Katz having cracked the idea of the COVID drama (though I’m sure she didn’t intend it as one) is not much in the way of comfort when assessing the film as a whole. Perfectly fine, lots to like, but inessential. I kept having that sensation. Homeroom, the documentary about a class of teenagers living through the last school year before COVID had the same structure. In both cases, I have to ask what we’re seeing here that we haven’t inferred. Every piece of life is documented and put on the internet. Seeing it played in the context of a feature can’t match the intensely gripping falseness and humanity of seeing it “in the wild.” Everyone acts for a movie that anyone can watch at any time. Simply acknowledging this isn’t enough. Thirty or 40 minutes in the interminably dour The Pink Cloud, about a couple who are forced to live their whole lives in one apartment when the air outside becomes poisonous (sensing the theme yet?) I had a depressing realization: cinema is not an art form up to documenting and responding to the present. The present moves too fast. Films take months to write, years to finance, weeks to shoot, and who knows how long to then make it to their audience. The calmer river you stepped in isn’t the raging river you’re still standing in, now flooding the banks and sweeping houses away with it, who cares what it used to look like?

That may ultimately be the problem with the Sundance lineup as a whole: there are so many movies that are clearly meant to sort of just be comforting, whether through texture or through reinforcement that the politics of the filmmaker are close enough to yours. A documentary on Rita Moreno becomes a documentary about Amy Coney Barrett for about six minutes, and then goes back to being a documentary about Rita Moreno to simply prove that the viewer is on the right side of the political spectrum. A documentary about young police recruits has to reckon with the political leanings of the whole of the American police department but it can’t care about these things too much, because then it would be a documentary about the people they arrest. There were so many blinkered points of view on offer I was a little relieved to watch a movie where Rhea Perlman plays a magician who tutors an angry young girl dealing with the parents’ divorce. It’s not about anything at all but it’s cute and it took my mind off of the fact that I’ve been staring at the same four walls since nearly last Sundance.

That’s the question really, are you here to remind everyone what they’ve been through, or help them through it? It didn’t used to be a question of palliative vs curative but when cinema insists on presenting the modern world at the expense of all other concerns, what choice have we as critics but to at least keep pace with the intent? The best movies at Sundance were about problems that go beyond “right “now.” Theo Anthony’s All Light, Everywhere even makes something like sport out of its wresting the present from itself. He showcases up to the minute technology with deliberately awkward humour while contrasting it with the “science” that led to a world where body cams are meant to stop police brutality, as if the police care who sees them commit murder. The police know everyone else sees them get away with it. What’s one more camera eye? Anthony’s film seems aware, in a general sort of sense, that he’s preaching to a very small batch of the converted and so laces the film with a couple of jokes and jolting edits to at least make sure we’re awake. Rodney Ascher’s A Glitch in the Matrix is its twin, this one creating a dispiriting world out of video game environments, movie clips and distracting avatars so he can tell the story of our own very troubled world. Ascher’s like America’s psychologist, and no idea is too completely bonkers for him to discount it instead of exploring it. Yes, this means his work is frequently so exhausting you need a nap when it’s over, but it’s exhilarating all the same. Such darkness lies outside of the conventionally adopted points of view, and yet, Asher steadfastly maintains, that to simply ignore ideas we don’t like is to be surprised by them when they do terrible violence to us. He’s a braver filmmaker than most.

Beyond confronting the misery of modernity’s parameters (and how claustrophobic they are indeed!) the things here that promise a life beyond festival hype are the ferociously silly films or the films about labour. In the former camp the fiendish little gothic werewolf film Eight For Silver by Sean Ellis. Lit like an Emanuel Leutze canvas and going from scenes of small scale genocide to vampirism with stolen teeth should approach tastelessness but the film’s stately quality keeps it afloat. Ellis riskily mentions Christophe Gans’ The Brotherhood of the Wolf, which is more fun than this, but it does deserve to be in its company. Ben Wheatley’s In The Earth starts out looking like a movie that’s going to be about living with COVID before thankfully descending into a mushroom-fed morass of axe murder and Douglas Trumbull/Saul Bass-sci-fi environmentalism. Delicious. Sion Sono’s hyper-violent samurai western Prisoners of the Ghostland is VOD-ready in the best imaginable sense. We’re All Going To The World’s Fair by Jane Schoenbrun was the only movie with contemporary resonance not in quotation marks that actually works by contrasting the hideous simulacra of life online with the vicissitudes of genre. It seems to go back in time, past the Unfriended movies, Ringu and the whole Japanese cycle of technophobia films, postmodern slasher movies and real deal slasher films, settling finally on the women in trouble movies of the confused and scared 70s. The Eyes of Laura Mars, See No Evil, You’ll like My Mother, each coughs up a portion of the film’s new version of a scream queen. Anna Cobb plays a girl who lives her life through her phone camera and computer screen (the movie is neither judgmental nor stranger to her routine of self-taped dance numbers and ASMR-style confessions) who stumbles into a realm darker than that which she’s used to. There’s some comfort that the film only hints at its shape and size and retreats. This strikes me as a preview for American cinema’s future. Closer, more open, less afraid. Stellar work.

The other works that seem poised to live past this week are the ones about the act of surviving through physical work. In Ninja Thyberg’s Pleasure, it’s sex work. In Hogir Hirori’s Sabaya it’s rescuing women from slavery. In Jessica Beshir’s gorgeous Faya Dayi it’s the economy of harvesting Khat. In Salomé Jashi’s Taming the Garden it’s the back-breaking job of clearing a forest. Pleasure is at its hysterical best when presenting the inherent absurdity of shooting pornography and capturing the daily lives of its practitioners. It, unfortunately, ends up blaming the individual personalities of the performers for the sadness of the profession, rather than the myriad unsavoury elements at every level of production, but getting to the somewhat unsatisfying conclusion is nevertheless a frequently gripping ride that owes not a little to Paul Verhoeven’s Showgirls. There’s a deeper and more insidious political bent to the work in Taming The Garden, but the way it’s filmed is centred on the labourers themselves, the men who simply do what they must to survive. Its tranquil mise-en-scene renders their plight understandable; as part of a dreadful historical continuity of unrewarding labour. Faya Dayi renders the work as a monotonous cacophony broken up by relief-given walks alone in hazy darkness and dusty daylight. The film captures something of the feeling of using the drug they toil procuring from the earth, trying to find some mythic purpose in an age-old industrial pursuit. Faces remain, almost carved out of the busy landscape, sad, lost faces. Sabaya too is about the discovery of faces, those of kidnapped women hidden under burkas. The harrowing film shows the business of rescuing women from sexual slavery. There is little but faith that a more favourable outcome awaits that keeps the workers at their task. A terrible responsibility handed to people who don’t question that this work must be done. And so they do it. A better tomorrow is all anyone thinks about now. I like films that are so obsessed. They know why we suffer. They suffer too.

This Sundance article was published in February 2021