This Is Thriller, Thriller Night at IFFR 2022 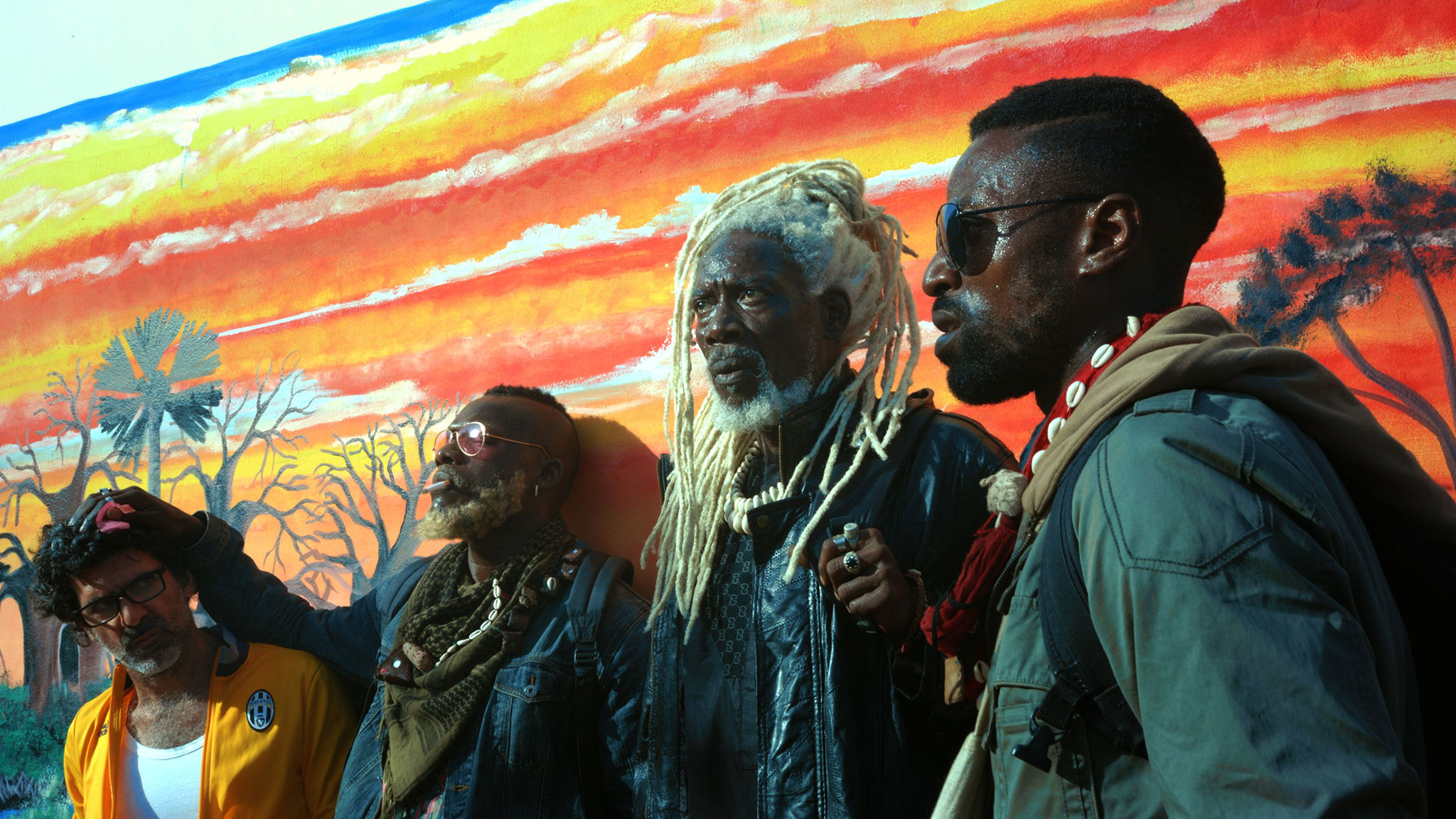 One of the delights of the IFFR would usually be to catch up with a plethora of international features of the experimental and slow cinema variety. Many by promising young filmmakers to boot. While this is something I’d enjoy in an actual cinema, in this second year of one-and-off lockdowns, I find I increasingly have little patience for such films while watching at home.

As this edition of the IFFR is once again online only, rather than frustrating myself and being unfair to the filmmakers of such films, I decided to try to look for something more thrilling. And what could be more thrilling at the IFFR than watching the thrillers the programme has on offer? This year, that meant thrills from Kazachstan, Senegal, Iran and Belgium.

They will possess you

Zalava started things got off on the right foot with, an exciting directorial debut from Iran by Arsalan Amiri. A supernatural thriller, or is it? Amiri keeps us in suspense for as long as possible about whether or not the demons that haunt a mountain village are real, or merely a superstition of the local populace. The intensity starts immediately with the heavy breathing of a young girl, who falls to her death while being chased by her father who believes she’s possessed by a demon.

A young police sergeant stationed close by believes in none of the villagers’ beliefs and turns the community against him when he arrests an exorcist as a charlatan, just after he’s ‘captured’ the demon in an empty glass jar. Amiri wrests maximum tension from shots of this seemingly empty jar, while the sergeant wrestles with whether or not to open the jar during a sleepless night.

Then the tension intensifies, but now coming from angry villagers with guns who believe the sergeant and the local doctor are possessed. Do the demons exist or not? Amiri toys with this question effectively throughout. But it’s the superstitions of the people that prove to be far scarier, leading to a nerve-racking finale.

There are demons closing in on every side

Saloum doesn’t make the existence of ancient spirits haunting a remote location ambiguous: they are very much real and very deadly. They also represent the deaths of many wars, and trauma from the past catching up with the present. Perpetuating cycles of violence endlessly. Or as one character concludes with a local saying: “Revenge is a river, whose bottom is reached when we drown.”

The Senegalese Saloum starts as a crime thriller about the Bangui Hyenas, three legendary mercenary warriors escorting a drug dealer fleeing from a military coup in Guinea-Bissau. They end up stranded in a mostly uninhabited border area in Senegal with a dark as past as their own. A past that includes 20th-century wars, sexual abuse, child abuse, slavery and wars between ancient kings and peoples.

One emotional sudden act of vengeance unleashes the angry spirits who still haunt these lands with past pain, and turns Saloum into a survival horror that makes great use of sign language. Debut director Jean Luc Herbulot turns this heady mix of genres and ideas into an intoxicating cocktail of excitement with a poignant dramatic heft.

Let me hold you tight

In Inexorable, the past also comes back to haunt the present. Or does it? Fabrice Du Welz’ latest French/Belgian thriller stars Benoît Poelvoorde as a rich old writer and Alba Gaïa Bellugi as a young, poor woman who uses his past against him. She appears on his wife’s family estate, ostensibly as a nanny to their young daughter, but between her mysterious origins and her intimate knowledge of his life and work, something’s up. Soon, she sets out to destroy the family from within

But in the end, all that never really amounts to much, in part because as a character the young woman remains a cypher without a real motivation. There is some perverse suggestion to her both trying to position herself as his new wife and as his new daughter, but this is never explored beyond one throwaway line. As he’s done before, Du Welz ends his film by slowly zooming out from a dramatic tableau. The entire last act feels designed just to get to that shot, without the emotional resonance required to make that image have any lasting impact.

They’re out to get you

Assault also suffers from underdeveloped characters and storylines. Certainly, a 90-minute thriller needn’t be overly complicated, but when you throw a group of people together who need to complete a task, it helps if they have distinct personalities. The group in question is a bunch of parents and teachers, who decide that they can’t wait for the army for their ‘assault’ of the school in which their children are held hostage by a bunch of masked terrorists.

These terrorists also remain rather faceless, literally. While their appearance makes for some arresting imagery in the opening scenes, as they take over the school and kill some kids. But then they largely disappear from the film. They seem to have no goal or motivation, nor any demands. As their mystery fades, they become merely targets to be taken out by our unlikely heroes.

The reason for our heroes to take action themselves is that the school is located in a snow-covered wasteland, far removed from Kazachstan society or even civilisation. Besides being a good reason for isolating the characters, it also makes for some beautiful snowy landscape images. Which is where the group takes a day and a night to train for the titular assault on the school and the terrorists within. This is where a better-developed film could’ve had made a mark, but this is a bit of a slog until the eventual attack itself, which is decently done.

It’s probably no coincidence that all these thrillers take place in remote locations, far away from big cities and authorities. A useful story device, for sure, but perhaps also easier to film in during these Covid times. And the pandemic itself doesn’t have to be addressed at all. Yet it still takes skills in storytelling, cinematic or otherwise, to make that setting work and make a thriller thrilling, proved here both in the positive and the (slightly) negative.