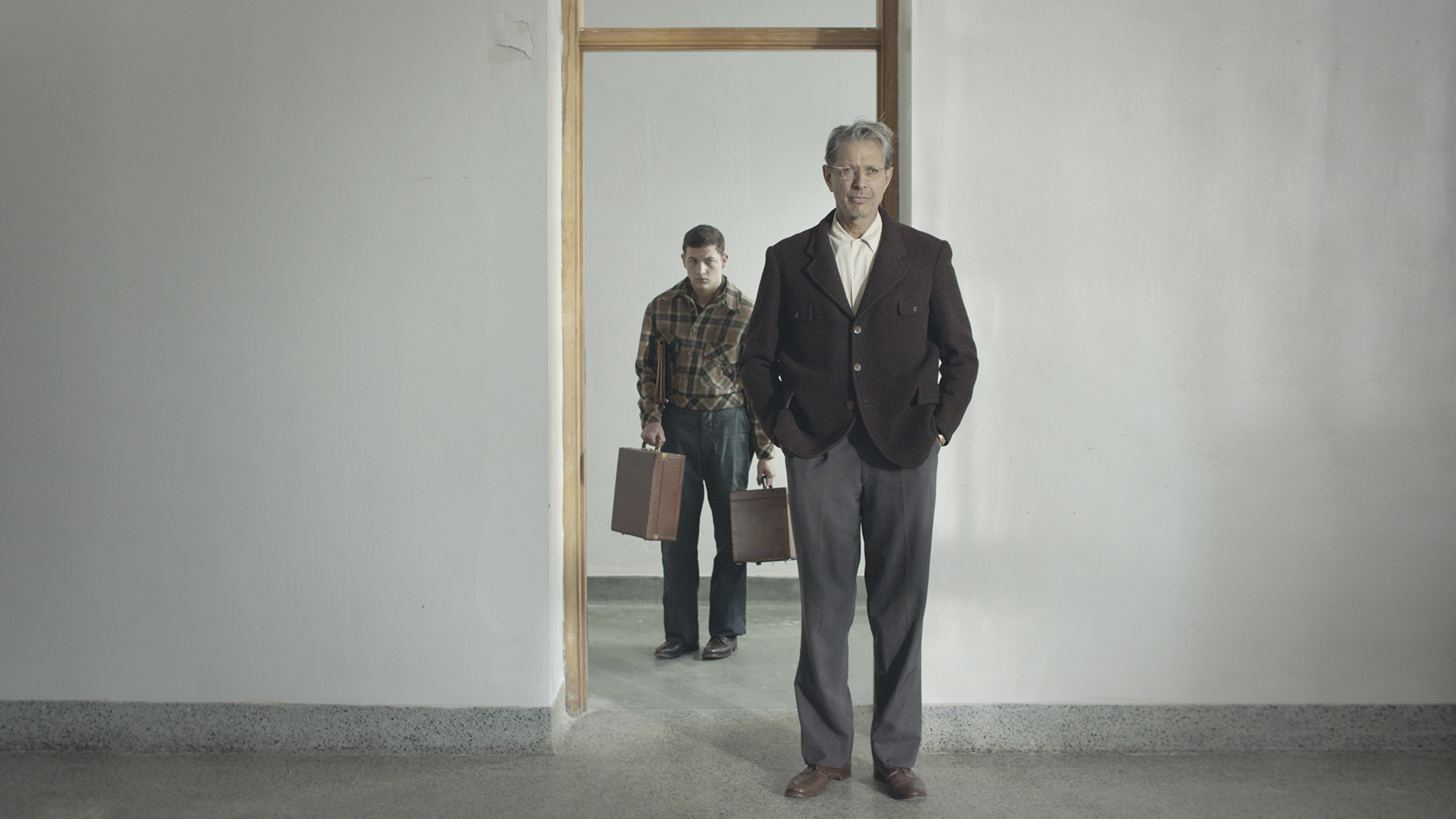 BAMcinemaFest, like New Directors/New Films and Film Comment Selects, is one of those mini-festivals that invite you to create a thematic identity for them. That’s not a knock, it’s exhilarating to be shown things with apparently nothing in common beyond appealing to three programmers with equal insistence and then see an intricate network spread across multiple screens. The three films I saw sound like they’re from different planets, but each features durational dares, shots that beg you to wonder when they’ll end as young people feel their senses of self crumbling. The Mountain is the latest by cunning Rick Alverson, a jungle cat in director pants, waiting for you to think you know what comes next before pouncing. So Pretty is a New York rhapsody of queer sensual socialism. The World Is Full of Secrets is a charming haunting set between the faces of four young women. And they all manage to provide a portrait of and an explanation for how the world looks today, whether we like it or not.

Alverson’s last few films were modern day disaffection narratives as men with neurotic complexes navigate the rest of civilization, who largely can’t stand them. The Comedy (2012) starred Tim Heidecker as a trust fund monster more than prone to racist, sexist and homophobic jokes, his personal way of relating to everything – genuine human interaction seeming as remote and unknowable as Pazeh. Entertainment (2015) follows a stand-up comedian who can’t get a laugh out of his hostile, comatose crowds, phone calls to his daughter betraying the colossal sadness he masks. Neither was particularly subtle, but when your subject is ironic aggression, a pox destroying the modern sensibility, what use is a whisper? The Mountain is Alverson’s first period piece (so far as anyone knows) and it’s sort of like The Master (2012) was sawed in half by a magician and put back together wrong. Tye Sheridan’s father (Udo Kier!!!) is a former figure skater who now runs a rink in a tiny American town. The mother has been confined to a home of some stripe, and Sheridan’s never been told how sex and the world work. He gazes dumbly at the naked pictures hung up by co-worker Larry Fessenden. When his father dies unexpectedly, Jeff Goldblum’s Dr. Wallace Fiennes lopes into his life with a job he thinks will help the boy sustain himself: take pictures of the doctor’s upcoming lecture and demonstration tour of America’s asylums and sanitariums. Easy enough, right?

The world is serene, if grotesque, in Alverson’s hands, up to a point. The nightmare visions that plague Sheridan are even calming to a point. They hint at the desire to grip a maturity he does not possess, a yearning for definitions that elude him, but as such, they remain elusive and otherworldly, not frightening. When he joins ‘Wally’ at the asylums we see what exactly Sheridan’s up to. Fiennes’ technique is lobotomy and he’s only about 75% successful from the looks of it. The film is shot in academy ratio and trapping the unstable Sheridan with a bevvy of patients (who have been guest directed by Zia Anger!), any one of whom could be his mother, is an exercise in perverse claustrophobia. The film never feels constricted; something about its variant spectres, whether a Busby Berkeley-style Ice dancing class, Kubrickian asylum corridors, busy operating rooms, and endless hotel rooms and dining halls, all promise expanses that never arrive. This is America before the computer and so it should be boundless, but Alverson deprives us of most of its splendour until the final act, when everything Sheridan has seen has driven him as mad as any of Wally’s patients. A climactic conversation with a very drunk Denis Lavant drags a bit, but the film is like Bach played on the theremin: a lithe and bewitching perversion of the beauteous.

I was actually present for some of the filming of So Pretty, but I didn’t know it at the time. It’s got a small vignette at the Wang Bing retrospective that played Lincoln Center a few months ago, and I visited some friends during the West of the Tracks (2003) intermission, to which one of the heroes is given free admission because the ticket-taker is a friend. So if you haven’t gathered, the film’s utopia is a very, very, very, very specific one. Not that this gets in the way of its cinematic pleasures, mind you, it’s just a film of a highly specialized value system. Director Jessie Jeffrey Dunn Rovinelli makes her fiction feature debut here though it’s clear at least some of the film is based on real relationships, the characters have such obvious warmth during their voluminous love scenes. The film is best appreciated as a collection of tendernesses, from the placement of bandages to the sharing of a bathroom – the film’s most lush image and indeed one of the richest of the year. The film’s at war with its ostensible purpose, to wit: merging the lives of the protagonists with an arch German novel, because a movie this intimately constructed and designed really ought to just be about the rare splendour of watching queer bodies at ease. Cinema the world over needs more of this movie’s tenderness but American cinema needs it bad. Rovinelli’s given herself a Rivettian narrative frame and it’s compelling enough, but the compositions of naked figures and the sound of overlapping voices in a kitchen suck the immediacy out of any plot developments. It reminds one of Tobe Hooper’s Eggshells, which was about everything instead of anything. So Pretty tries, though admirably not very hard, to be about its meta-plot, but it’s about itself. It’s gently enunciated vision of transness and queerness is life-giving. See this movie.

The World is Full of Secrets by Graham Swon, who full disclosure I’ve met several times and who strikes me as a lovely person, surprises anew every couple of seconds. The elderly but honeyed voice of Peggy Steffans narrates an episode from her childhood where she and her friends told each other scary stories and played spooky games with each other. The movie has a raft of formal gambits and I like them all, though not equally. There are stories told in ten minute close-ups that I like in principle but wanted them to end so we could get back to what Swon does even better: impressionistic depictions of youth. It’s like he genuinely found a way to put the term nostalgia in strictly cinematic terms, with crossfades and double exposures merging memory, faces, places and voices in a brilliant smear, washing over us leaving tiny ideas and an overwhelming sensation of yearning and affection. Swon’s images, shot in a ratio of 1:20:1, mean to trap the sounds and images of the past as if in a snow globe or a picture frame, ever shifting with our priorities and regrets. His vision of young women spending time together does feel like he’s fused unearthed diary entries with celluloid, a blissful marriage of the terrifically false and the undeniably real. I missed a lot of the programming at BAMcinemaFest this year but these films, Swon’s especially, made me feel like I saw a whole world of cinema.

This Outdoors article was published in June 2019