Thrilling Minimalist Precision: The Bride and the Curfew 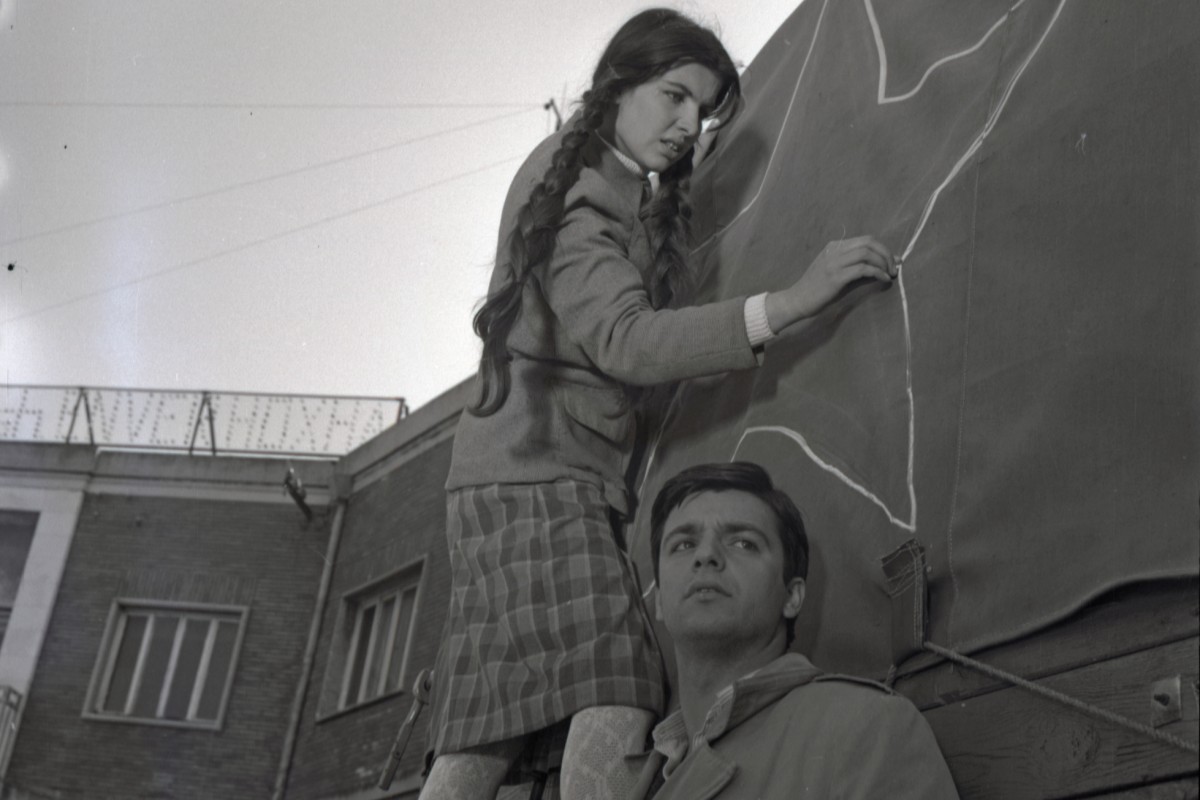 The Bride and the Curfew (1978) might seem, ostensibly, to be typical partisan fare. The Albanian film by Kristaq Mitro and Ibrahim Muçaj starts out like you might expect from a 1970s communist film set during World War II. Heroic partisans strike against the Nazi occupiers, and then have to hide and flee from their wrath. Of course, they do this by working together, while people sacrifice themselves for the cause. But The Bride and the Curfew is so much more than just that. It is, in the words of Thomas Logoreci, what all Albanian communist cinema should have been.

Sphresa is a young woman working for the National Liberation Front, in a city under curfew and controlled by Nazi’s during the war. She kills an Albanian collaborator, for crimes we can only imagine. This prompts the locally stationed Nazis to crack down on the rebels and the city in general. Because, as their commander says: “One day of terror ensures ten years of order.” It is the Nazis who helpfully identify our guerrilla and partisan protagonists as communists, in case we were wondering who to root for. As they’re hunted down by the Nazis, Sphresa has to go into hiding in different places throughout town, while her situation gets increasingly dire. While comrades get killed left and right, the only solution is to join a wedding and pretend to be the bride.

This story is told sparsely and economically, shot in in high contrast black and white that recalls film noir but in that particular European version of the genre (think The Third Man (1949) or the entire filmography of Jean-Pierre Melville), combined with the minimalism of Robert Bresson, especially A Man Escaped (1956)). Running only 54 minutes and virtually without dialogue, it is near silent. With very precise visual storytelling, every second feels essential.

Tension is built through shadows and camera angles as much as through the threat of imminent, deadly violence. Some of the beautifully lit night time scenes border on the expressionistic, while a morning scene with Nazis waiting around silently, shot through the legs of their captain, wouldn’t feel out of place in a spaghetti western.

The communist authorities of Albania considered the film to be far too formal, and sternly warned directors Ibrahim Mucaj and Kristaq Mitro not to do it again. The Bride and the Curfew was only allowed to be shown because the regime’s second-in-command, premier Mehmet Shehu, a Spanish civil veteran, loved the film. Four years later, Shehu died. He was either executed or he shot himself in the chest. Twice.

Mucaj and Mitro made only one other film that is formally  and aesthetically similar, The Last Winter (1976). After Shehu’s death and the deepening of repression in Albania, Mitro and Mucaj spent the decade until the fall of the Berlin Wall making very safe dramas, adhering to the message of the Communist Party. There was no real cinema of dissidence in Albania. But there are a few glimmers of flickering light which emanated something different from this island of complete isolation in the European continent.

The year 1978 was, in fact, when Albania became even more isolated. The country broke with its last ally, China, owing to its ties with the US. By this time, the regime had imposed a complete ban on organised religion, travel and even the giving of Muslim or Christian names to children. Watching a foreign film on television could result in a ten-year prison sentence for being under the ‘influence of foreign powers and propaganda’. Famed German filmmaker Werner Herzog, so fascinated by Albania’s siege mentality, walked the entire length of its closed borders that very same year.

In this context, The Bride and the Curfew starts to feel like something of a miracle. And its triumphant finale gains new meaning, even if it was not intended to be read that way by the filmmakers. When our bride and her partisan lover, who just happens to pose as her groom, manage to escape from violent Nazi oppression to a freedom of sorts outside of the borders of Nazi-occupied territory – by successfully pretending to be something they’re not – it almost feels like an allegory for how the filmmakers escape their narrow artistic and political confinement, by making a film that poses as communist propaganda but manages to sneak in a sophisticated, artful thriller. In which the pleasure of formally daring, precisely made cinema is an end to itself, instead of mere political propaganda. Such meaning, however, can perhaps only be read into it after the fact, in the light shone upon it by history.

Much thanks to Thomas Logoreci, who suggested the film to me and gracefully provided essential background information and historical context.