Tomonari Nishikawa Playfully Discovers the Possibilities of the Frame 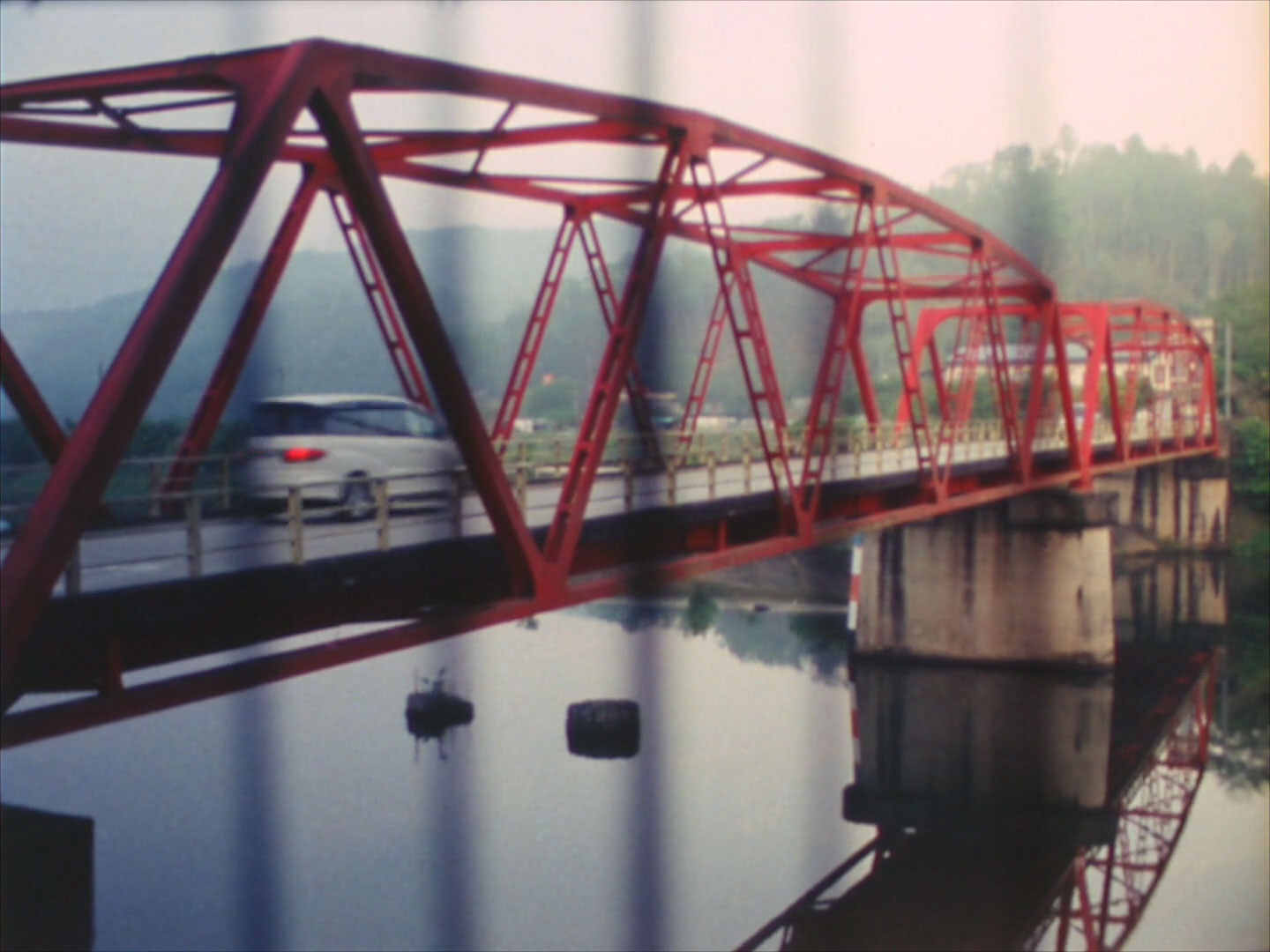 A congregation of bubbles rapidly displace over the 16mm frame while a crackle fills the soundtrack. It’s not long before the crackle comes in the same rhythmic bursts as what we’re currently seeing. Before digital projection, the film projector would read the soundtrack (which was printed right next to the image) and send whatever was on there to the sound system. This was for the longest time the best way to keep image and sound in sync. But what if one would have the ‘sound-scanner’ read the image, instead of the soundtrack?

This 6-minute film is Apollo (2003) and it was made by Tomonari Nishikawa as his thesis film while studying philosophy and cinema at the Binghamton University in New York state. The reason why it’s so starkly contrasted and lacks any colour is simple: the ‘sound-scanner’ can only read black and white. Underneath the video he wrote, “it shows my interest in materials, medium, and apparatus of cinema,” which I think sums up his career quite brilliantly.

Even though Apollo is mostly an auditory experiment, it also features many traits seen in future works. Such as line-work as well as in-camera editing. But most notably, Nishikawa’s films feel like they are a part of a formalist tradition, where the meaning of the frame is far less important than what happens to the frame. And not unlike the pre-Magellan films of Hollis Frampton, Nishikawa’s films have a certain playfulness to their discoveries made within.

These elements are immediately prevalent in his five Sketch Films made between 2005 and 2007. Nishikawa writes: “As a painter carries a sketchbook and practices drawing, I carried a Super 8 camera and shot frame by frame, as an everyday exercise to make animations of lines and shapes found in the public space. The entire film was edited in camera and hand-processed afterwards.” Between 18 or 24 frames a second, a straight vertical line tilts clockwise to create a horizontal line, which then starts moving in patterns. The smoothness of the ‘animations’ found in mundane objects is absolutely astonishing.

For Clear Blue Sky (2006), Nishikawa removed the lens of a MiniDV camera (an obsolete digital tape format best known for being used in films like 28 Days Later (2002) and Festen (1998)) and started filming straight into the image sensor via a slit-like opening he placed in front of it. By widening and narrowing the slit, the camera started creating a fuzzy image, successfully making a digital film without the use of a lens.

The separation within the frame was further developed via Into The Mass (2007), in which we see two sides of a bikeride at the same time, into probably his most well-known films: the double bill Tokyo – Ebisu and Shibuya – Tokyo (both from 2010) as well as Ten Mornings, Ten Evenings and One Horizon (2016). In these three films, Nishikawa exposes the stock with multiple moments taken from the same shot, but instead of layering them on top of each other, he divides the frame in smaller frames and has all these moments play out simultaneously, right next to each other, compressing space and time beyond the duration into a single fragmented moment.

All these films, regardless of how chaotic they sometimes seem, are far from being convoluted. They generally hypothesize a single thing, and then spend the duration exploring this idea, never overstaying their welcome. The films are out to play around with the camera, using it as a toy, or a tool to discover new things about the medium or even ourselves. Experimental film has always taught me that film is not this single thing with a narrative and readable images. Film can be anything, really. And the works of Tomonari Nishikawa are proof that experimentation can be relaxing and enjoyable. It can have cute little “A-ha!” moments, which makes staring at a bunch of bridges in Japan very engaging.

All of Tomonari Nishikawa’s films are widely available for free on Vimeo.