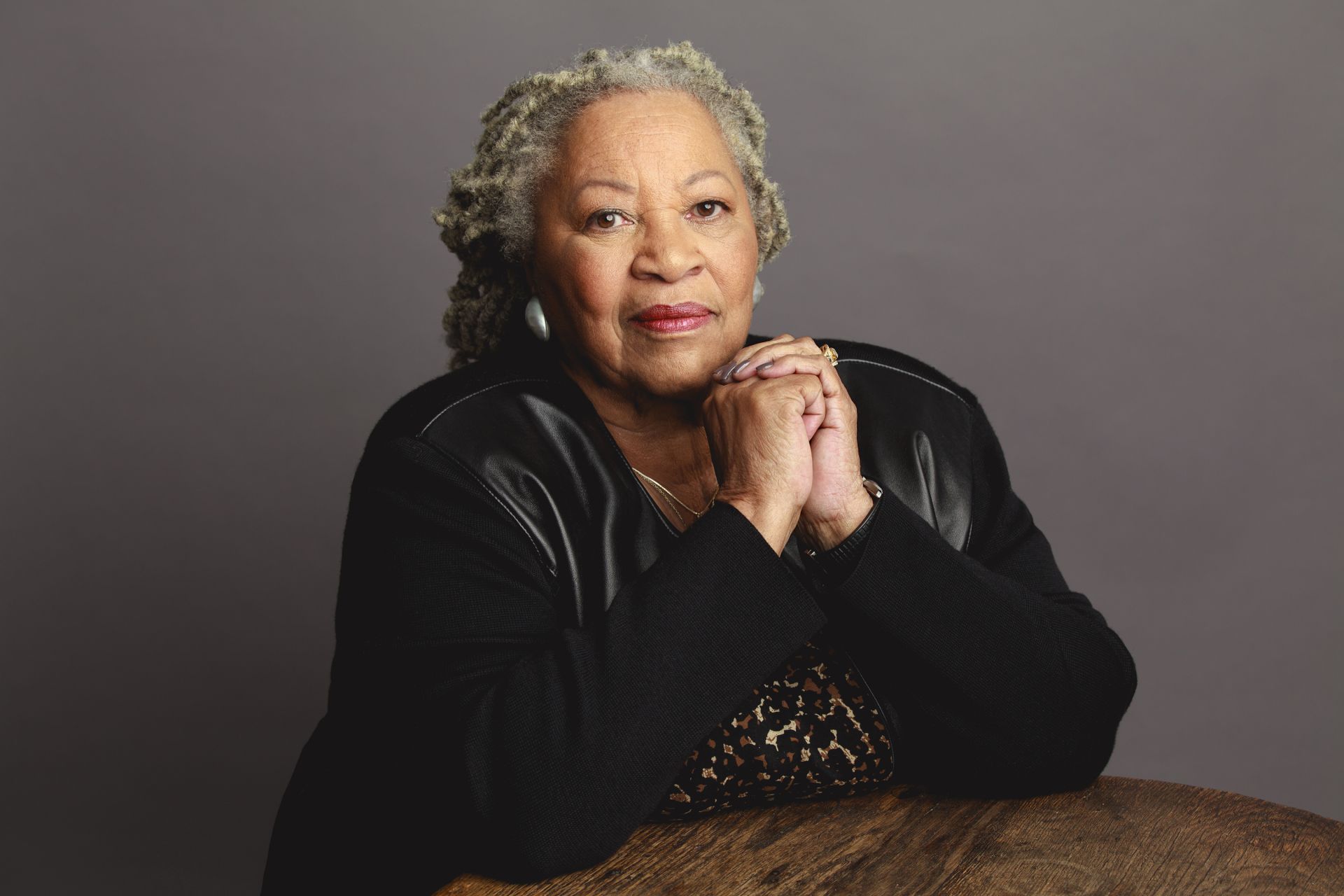 Toni Morrison’s Paradise was banned in Texas prisons because the book was believed to be powerful enough to incite a riot among the inmates and drive them to rebellion. That is the power words hold, especially words penned down by Toni Morrison. Months before the author’s death, Timothy Greenfield-Sanders’ documentary Toni Morrison: The Pieces I Am (2019) released to give audiences an insight into the celebrated author’s life; a fitting tribute to the lifetime of Morrison’s activism and talent related by her peers and colleagues, and Morrison herself.

Greenfield-Sanders is a well-known portrait photographer who has photographed Morrison through the years. When he frames her in his documentary, she looks regal in her grey cardigan, her hair covered in a printed head wrap and pearls glistening on her ears and around her neck. She talks about using her writing to establish her sovereignty as a racialised person, she looks it too. As she sits facing the camera, talking about her growing up, her family, and her writing, she is both serious and playful. She laughs, jokes, chastens, instructs but most importantly, she loves. She loves talking about everything she lived through and for. As the documentary moves back and forth in time, using snippets from the author’s past interviews, the love and passion to talk about her words remains intact. Her life-long love towards the cause of breaking down the peripheral white gaze shines through everything she says.

As a literature student, I read Toni Morrison throughout my education; Beloved in college, Paradise, Song of Solomon, Bluest Eye, Tar Baby in university. There is very little in the documentary that isn’t present in the books but what makes Toni Morrison: The Pieces I Am a heightened visual and intellectual experience is the privilege of Morrison’s company, along with the company of greats like Angela Davis, Oprah Winfrey, Fran Lebowitz, and Sonia Sanchez—all brilliant people who could keep talking for hours and the audience would listen on gladly. In fact what made it almost impossible to accept Morrison’s death was the feeling of being in her presence while watching the documentary. The first thought after reading the news of her death was, “But she was right here!” Toni Morrison: The Pieces I Am, especially after Morrison’s death, serves as the last conversation with one of the most brilliant authors our world has ever seen.

When women like Angela Davis were taking to the streets and fighting for equal rights, Toni Morrison was working at Random House and trying to expand the publishing house’s roster to include more Black voices, especially more Black women’s voices. When Davis was just 28, Morrison commissioned her to write a memoir. When Davis thought it was a joke, Morrison relentlessly worked to convince her to write it. That is how Angela Davis: An Autobiography was born. When we watch Greenfield-Sanders’ documentary, we watch the story of a sisterhood, the many ways in which Morrison empowered a community of women around her; how she used her power to not just shatter proverbial glass ceilings but to also make proverbial doors wider and wider. When she won the Nobel Prize for literature, she took her friends along to Stockholm. “Those Nobel prize people sure know how to throw a party!” Morrison recalls in the film. A photograph fills up the screen: Toni Morrison laughing out loud with her arms spread wide open, the Nobel medal shining on her dress, with Susan Taylor, Rita Dove, Oprah Winfrey, Angela Davis, Maya Angelou and others standing with her; all smiling wide, ecstatic in the moment when the woman who was Random House’s first Black female editor, the woman who fought for pay equity by arguing, “I am the head of the household, just like you” with her male boss, became the first Black woman to win a literature Nobel; all basking in the brilliance of a trailblazer. The sense of the community that Morrison built is also visible in the artwork of the many Black artists that populate the narrative and complement Morrison’s story. The palpable joy in the members of the community resurfaces in the stories of Morrison’s carrot cakes, her parties, and her wit.

All of Toni Morrison’s words were dedicated to the “emancipation proclamation of the English language,” as a speaker says in the documentary. Her life was dedicated to the breaking down of the assumed whiteness of general culture and creating a long-living legacy for Black culture and stories. She calls racism the “profound neurosis” that ails White people, attacks the idea of the master narrative being the story of the white male, and changes the masculine narrative of slavery by revisiting the story of Margaret Garner and placing a woman at the centre of a slavery narrative in Beloved. For a woman who spent her whole career trying to create a context for Blackness and Black culture, it strikes me a little strange that the seminal documentary on her life is directed and produced by White artists. Of course, there is extreme dedication and research behind everything the filmmaker and his team do with the film, but as a woman of colour who has found validation in Morrison’s writing and success, over and over again, I wonder how the film would’ve been different had a Black female filmmaker made it. Greenfield-Sanders is a friend of Morrison’s and enjoys her unwavering trust as a filmmaker and photographer and while I pose questions of alternate authorship of this film, I am glad it was made by someone Morrison trusted and valued.

“If there is life on Mars, they’re reading Toni Morrison just to figure out what it is to be human,” asserts Farah Griffin in the documentary. Toni Morrison’s biggest legacy lies in the fact that those Martians, and anyone else picking up one of her books for the first time, will see the human experience to be a diverse one, a magical one, a painful one, and a female one.