Towards A Film Criticism For The Anthropocene 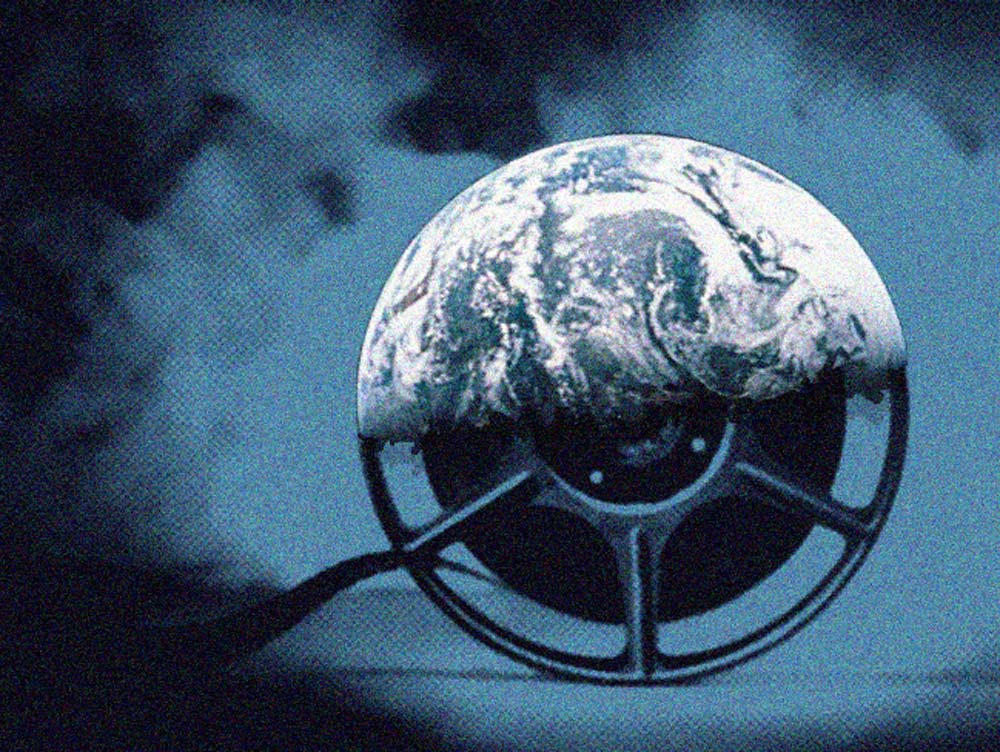 In a time when heat records are succeeding each other and the predictions about climate change are becoming increasingly grim, film criticism may not be the first thing you think of when it comes to raising awareness to those worrying developments. You might wonder if it should be a critic’s job to include the ecological impact of a film’s production in a review. After all, a review is an assessment of the aesthetic qualities of a film for potential viewers. The underlying process of making a film is largely not taken into account only the finished product. And then there is the challenge of how to incorporate environmental issues into criticism that is primarily focused on form and content. Yet the seriousness of the current situation should force critics to think about the new position they should take towards films that are made in this uncertain period.

The idea of an opinion piece on the role of film criticism in the Anthropocene (the proposed name of the geological era in which human activity disrupts nature in an irreversible way) was fuelled by a surprising article that gave me revealing perspective on how we deal with something as seemingly innocent as streaming content. A few years ago the article The Ecological Toll of a Netflix Binge by Ingrid Burrington, popped up on my Facebook feed. The article was an eye opener in several ways because Burrington was critical about our the reverence for the Cloud and the internet. We see these as parts of a clean and efficient network that provide us with large amounts of information non-stop. We do not associate that type of slick technology with tangible things such as polluting factories or waste, because the Cloud and wireless connections are “invisible”. You can always take your iPhone out of your pocket to stream a movie or easily log in to your Netflix account during your vacation so that you can continue to follow your favourite series.

But Burrington is eager to show us the tactile aspects behind that technology that has so seamlessly merged with our everyday life. Because what do we know about energy consumption and the waste that is generated by those crisp and innovative technologies? If a popular new Netflix-series comes out, it makes sense that the use of the streaming service increases and the network is overcharged. However, the consumer does not see that side of the equation and is seduced by convenience: continuous and uninterrupted streaming, anytime and anywhere. The reality is completely different according to Burrington and she quotes an expert on data centres: ‘Often people think of [data centres] as almost like cathedrals of servers. Very clean computer equipment, white walls and things—the reality is, these are factories(…) The impact of data centres—really, of computation in general—isn’t something that really galvanises the public, partly because that impact typically happens at a remove from everyday life.’

According to Burrington, there are many factors that are forgotten for the sake of convenience: ‘(…) things like water usage, pollution from backup generators, supply chains for the rare earth minerals used in hardware, and the toxic materials involved in the production of this hardware.’ Yet we do not equate our behaviour as passive film viewers with pollution or waste. Binging is the norm and streaming services continue to offer more and more content to meet our gluttonous needs.

This is just a ‘hidden’ aspect that we as critics and journalists have to take into account in the future. A completely different problem that is often not addressed in film criticism is how productions are wasteful or can disrupt a natural location for a long time or even permanently.

The exhibition A Tale of Hidden Histories in EYE in Amsterdam featured an installation by artists Adam Broomberg and Oliver Chanarin in which they investigated the environmental impact of the production of Catch 22 (1970). Director Mike Nichols, who had a whole fleet of bombers at his disposal, shot that war film in 1970 in a remote location in Mexico. The installation shows objects that Broomberg and Chanarin found in the area, such as old aircraft parts. After all these years they could still see traces in the landscape and dig up props left in the earth.

Catch 22 is no exception when it comes to film production and there are plenty of large projects that undoubtedly have been very wasteful. In Apocalypse Now (1979), the Filipino jungle was nothing more than a backdrop for tremendous explosions and bombastic set pieces that were built with great difficulty by day labourers. You can witness it in the confronting documentary Hearts of Darkness (1991). Just as revealing is Burden of Dreams (1982) in which the disastrous production of Fitzcarraldo (1982) is documented. This time the Peruvian jungle is the victim of the artistic recklessness of Werner Herzog, who had a huge steamboat dragged up a hill by indigenous workers.

Examples of this kind of megalomaniac directors are still judged ambivalently. We know that a high price has been paid for the conception of the film, but the successful artistic or commercial result justifies any missteps that have been made along the way. It perhaps emphasises our awe for the artist and his overwhelming anthropocentric vision. In art, we control the world. Nature must give way to the ambitious and lofty vision of man and therefore it is a perfect example of the logic of the Anthropocene.

But we are not only dealing with auteurs and artists. Film is entertainment and the majority of the productions consist of moderate to bad films that you instantly forget after a viewing, but could have a lasting impact on the environment. This article by Guy Castley,  analyses the consequences of the production of Pirates of the Caribbean: Dead Men Tell No Tales (2017) in a nature reserve in Australia. In comparison to other industries, the effects are smaller in scale, even though such a large project does leave lasting marks in the area. Carolyn Buchanan did a much more extensive investigation into the CO2 footprint of Hollywood productions for Harvard University. She takes things like the transportation of actors and crew into account, who frequently have to fly between shooting locations. All those organisational and logistical actions do not necessarily have an ecologically sound end result. Scenes can eventually be cut during editing which means that a lot of work has been for nothing.

The situations stated above raises the question to what extent a critic should include wasteful production practices in his final judgment about a film. Is a moderate film even more useless if you take the CO2 Footprint into account? And do we also have to give ecological seals or labels alongside stars to show how environmentally friendly of wasteful a movie is?

These questions are not taboo at the moment, they are not even a topic of discussion among critics. We’d rather not think about these things and I have to admit that I don’t want to do that either. As a cinephile, it’s quite a task to reevaluate a beloved film from an environmentally conscious perspective. As a film fan, I want to be amazed by a daring and ambitious vision or spectacular scenes that are unforgettable. And movie buffs are insatiable consumers. Don’t we all want a streaming service with an unlimited selection of films and the possibility to them at any time? Issues such as the sustainability of movie production and moderation in film viewing are not really appealing for people who love film.

And yet we cannot ignore the dilemma that we are now heading towards without being able to change the course of the trajectory. In a world where every form of production and consumption is problematic, film will just as well have to be subjected to severe and decisive environmental scrutiny. There is a good chance that the overconfident attitude of certain filmmakers is no longer realistic in a time of increasing scarcity and fragile ecosystems. Somehow, as a critic, I hope I don’t have to worry about these things, but I’m afraid we’ve already been overtaken by a new reality. The question then is how the role of film criticism should change in that context in order to remain relevant. It’s time to think of a form of film criticism that does justice to the Anthropocene.

This article was originally published on Cine.nl