Upon All the Living and the Dead: Remembering Phil Solomon 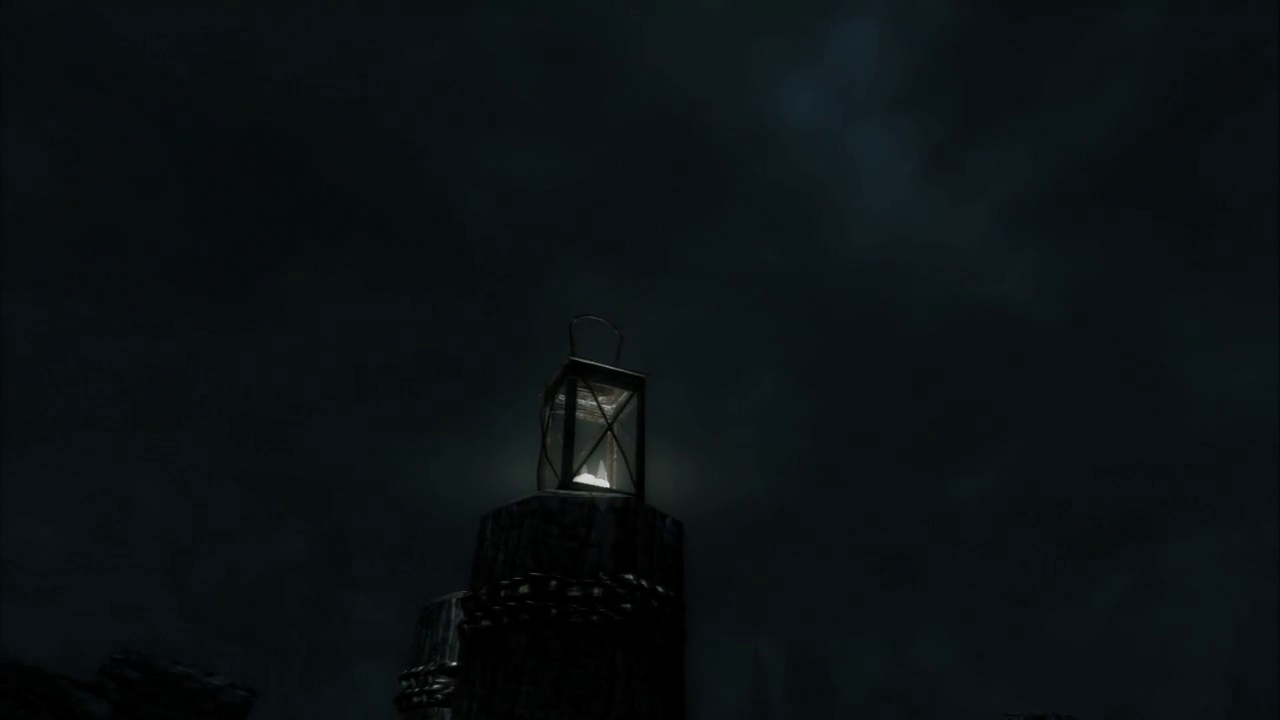 Patches of grass and shrubs of miscellaneous vegetation blow with the night’s wind, caressed by low-hanging mist. If you listen closely you can catch the glimpse of a sob. A woman, off-screen and never to be seen. And then, after a short while, an oboe starts playing while an Irish gentleman (also off-screen) gives voice to a confused lamenting that bellows from deep within him. His whisper is at times rendered inaudible due to the relenting wind, but we get the gist: He speaks of a man who died long ago, who loved his wife and who his wife is now, on this very night, reminded of. The monologue is accompanied by only a handful of landscape shots, all taken in the Bethesda produced video game The Elder Scrolls V: Skyrim (2011). The 8-minute masterpiece Psalm IV: Valley of the Shadow (2013) would become Phil Solomon’s swan song and there could be no more fitting farewell.

Seeing as Solomon is a visual artist utilising found footage, in order to understand Valley of the Shadow we should examine its source material. The aforementioned whisper belongs to Donal McCann playing the part of Gabriel in John Huston’s adaptation of James Joyce’s The Dead (1987). His 41st film in a career that had spanned 46 years was, according to his daughter, Anjelica, his passion project. Pauline Kael recounts in her book Hooked: “Huston directed the movie, at eighty, from a wheelchair, jumping up to look through the camera, with oxygen tubes trailing from his nose to a portable generator; most of the time, he had to watch the actors on a video monitor outside the set and use a microphone to speak to the crew.” The director passed away a few months short of seeing his film premiere.

At the end of the film, Gabriel stares out of the window of their hotel room that looks out over a narrow street. His wife has collapsed on the bed under the weight of her nostalgia, but Gabriel cannot join her. As a soft oboe fills the air, Gabriel is struck by how he has been unaware of such a significant memory experienced by his better half, the person closest to him. He meanders about the dead and their role with the living, how one day we’ll all be nothing but a memory residing in someone else. But as his soliloquy progresses, his emotional response turns into one closer to existential affirmation: “Better to pass boldly into the other world in the full glory of some passion, than to fade and wither dismally with age.” A powerful realisation (used in many obituaries, a Google search reveals) that feels very apt in light of both Huston’s as well as Solomon’s passing.

In The Dead, Huston has his film increasingly distance itself from Gabriel, preferring the snowy landscapes of Ireland, to have Gabriel’s words resonate with a universality akin to that of his last sentence regarding the weather he observes, which is falling “upon all the living and the dead.” The film ends with the image of a white bank on the sea shore which slowly pans up to the blue evening sky textured with snowflakes.

The final minutes of John Huston’s The Dead.

After having worked exclusively with the magmatic qualities of celluloid degradation since the 1980s, Solomon had been wondering about video games when he taught a course on The Matrix (1999) at Colorado University (where he had once taught alongside Stan Brakhage). So one day he bought himself an Xbox and got with it a copy of Grand Theft Auto: San Andreas. “There would be things like grass blowing,” Solomon said of his first encounters within the virtual realm, “I went in there and looked around, just as I would in the real world. I sat by a tree and watched the sunset, things like that.” Solomon and his close friend Mark LaPore sat down in front of his television set (Solomon on camera, LaPore on direction) to make the 5-minute Crossroads (2005) as a get-well-soon card for their friend David Gatten (another experimentalist). When LaPore took his own life a few months after completing Crossroads, Solomon delved back into San Andreas (and later Liberty City from GTA IV) to create the In Memoriam triptych, consisting of Rehearsals for Retirement (2007), Last Days in a Lonely Place (2007) and Still Raining, Still Dreaming (2008).

All of his machinima films (a misspelt portmanteau of machine and cinema) embrace the hollow quality of those early open world games: streets void of life; buildings as a collection of squares with blurry textures; vegetation closer to that of three cardboard cut-outs slid into each other. Their so-called shortcomings (critic Michael Sicinski found them to be more eerie than beautiful) became Solomon’s artistic bread and butter. Last Days in a Lonely Place renders its digital images in high-contrast black and white, with the downpour functioning as film grain, masking that endlessly in-focus field of view. It’s the closest Solomon came to a digital reimagining of his own Nocturne (1989).

An excerpt from Psalm IV: Valley of the Shadow.

By the time Gabriel utters his closing words in Valley of the Shadow, we’ve seen only six images, gliding through the increasingly snowy landscape. In Solomon’s version we return to the grass and the shrubs, but now from the perspective of the snow. This deliberate slowness speaks to his sensibilities, which he talked about a year before making Valley of the Shadow: “My films are also gentle these days, […] they are softer. They use dissolves. They’re slow. They move slow.” A lone hooded figure stands among the trees, observing the rain turn into snow. Maybe they’re Gabriel, or an apparition of Michael Furey, the man Gabriel’s wife loved and is now reminded of. A lantern emits light in the ever-growing darkness surrounding it. We’re reminded of a film Solomon cites as his lightning bolt, his Rosetta’s stone after which he decided to fully commit himself to the avant-garde: Brakhage’s Anticipation of the Night (1958). Then, when Gabriel has his big epiphany, the camera pans upward showing the stars between aurorae. A lake ripples gently below.

And then, when Alex North’s hauntingly beautiful oboe fades away, Solomon treats us to an expansion of Huston’s vision. A blizzard rolls over the hills howling. The frame is taken beyond what we recognise as earthly, trees and grass and shrubs no longer exist. Solomon leaves us with an abstraction: the blue evening sky is now a night sky consumed by a celluloid-like grain. A memory of John Huston and his bold passion, which lingers, fades and then becomes our memory of Solomon and his love for repurposing and discovery.

This Essay article was published in May 2019