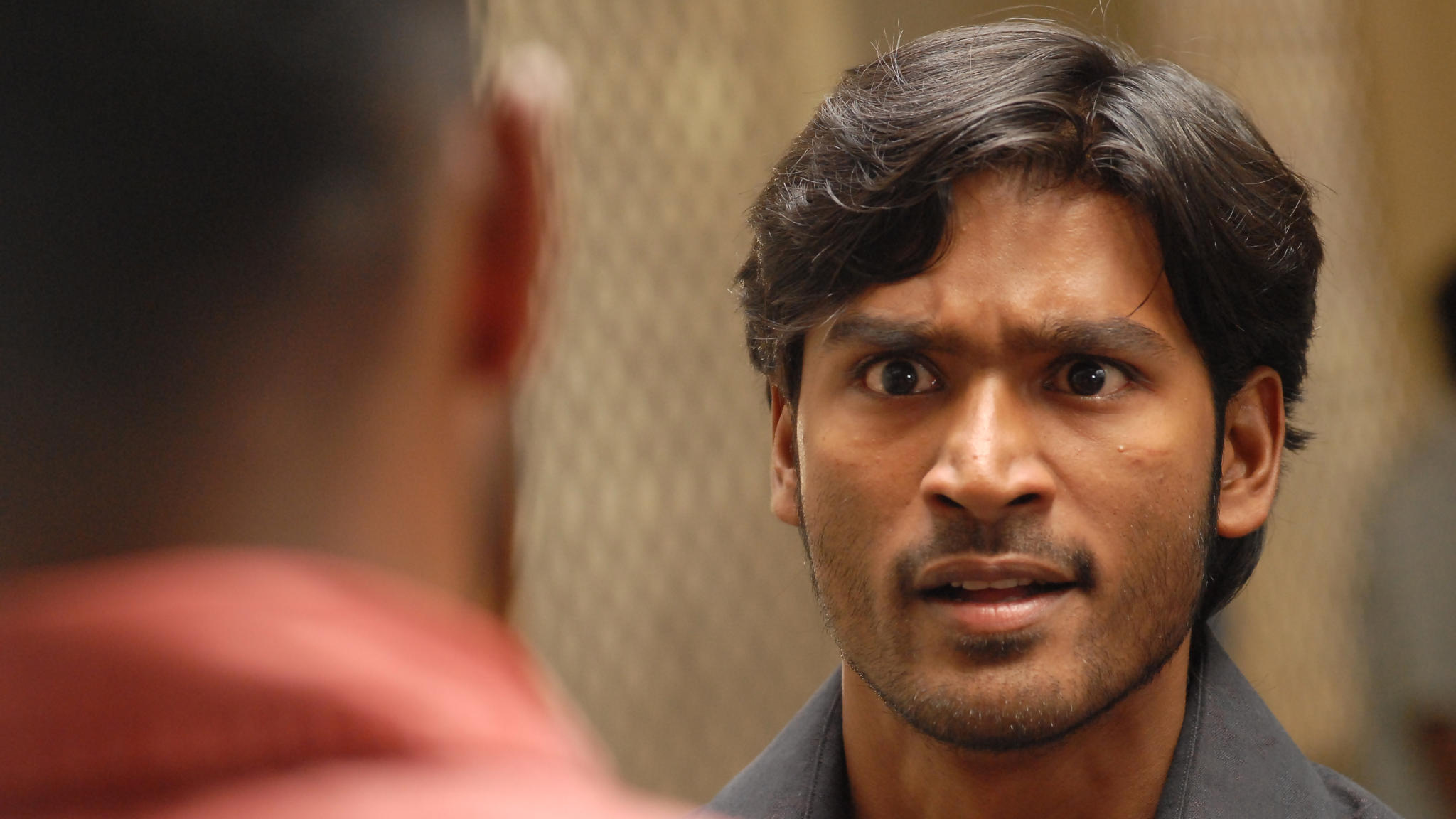 When Vetrimaaran’s third film Interrogation premiered at the Venice Film Festival in 2015, it announced the international recognition of the Tamil New Wave that had been going on for more than a decade. Although Tamil New Wave cinema started in earnest around the turn of the millennium, it gained a shot in the arm in 2007 with the debuts of both Ram (covered here before) and Vetrimaaran, Tamil M.A. and Ruthless Man respectively.

Vetrimaaran has since proven himself to be one of Tamil New Wave’s preeminent directors, making exciting and engaging thrillers rooted in social realism. After Ruthless Man he would go on to make Arena (2011) (both starring Tamil star Dhanush, whose support for Vetrimaaran’s talent helped secure financing for his films) and the aforementioned Interrogation, which earned him the Horizons Award for Best Film and the Amnesty International Italia Award at the 72nd Venice Film Festival Ruthless Man is said to be inspired by the Italian neorealist classic Bicycle Thieves (1948), although Vetrimaaran has humbly called this comparison a “disgrace to Bicycle Thieves.” Both share a similar premise, about a guy getting his bike stolen while depending on his bike for making his living, after which their pursuit to get back the bike takes over their lives. Both feature a man tying his masculine role (a father in Bicycle Thieves, a young man growing beyond dependence on his parents and into his first relationship with a woman in Ruthless Man) to their vehicles. Both are rooted in reality.

There the similarities end, however, both in physical detail (a bike in Bicycle Thieves versus a motorbike in Ruthless Man) and in genre, because whereas Bicycle Thieves is a melodrama that still gets juxtaposed against commercial cinema of its time, Ruthless Man is very much commercial cinema, including song and dance sequences and a thriller plot that escalates into a violent action film.

The aforementioned Dhanush stars as Prabhu, a young man wasting his life away after college. A fight with his father induces his father to force Prabhu to prove himself by giving him his life savings. Prabhu invests this money into a brand new motorcycle, and promptly is able to win the favour of the lovely Hema while getting a real job, earning money to provide for his parents and sister. But then his beloved bike gets stolen by gangsters one night. Prabhu, just trying to get his bike back, gets drawn into a world of gangland slayings, drug smuggling and frequent confrontations with both honest and duplicitous members of a gangster family.

Trying to be a man Throughout this, Prabhu simply tries to keep his head above water and remain an honest man, while bad things keep happening to him and his life spirals out of control. He shares this with the protagonists of Arena and Interrogation: In Arena, young Karuppu (again played by Dhanush) tries to honor both tradition his boss and father figure Pettai by winning a rooster fight in his name, but is brutally rejected and betrayed by Pettai in return. Karuppu’s undying faith in his “father” and serving him becomes his undoing.

While in Interrogation, four hapless Tamilians working in neighbouring state Andra Pradesh are arrested one night for a crime the police knows they didn’t commit, and brutally beaten and tortured in an attempt to get them to confess and “solve the case.” After they get saved by a Tamil policeman, in a way, he in turn gets them involved in another police plot in their home state where covering up the truth and making it look good to the public, even if it includes murdering innocents, appears to be much more important to the police than actually solving crimes.

Following the rules leads to trouble

Notably, each of Vetrimaaran’s three films feels less commercial than the previous, or rather less courting a mass audience. The dance sequences of Ruthless Man make way for song montage sequences in Arena, though both still use songs to market the film. However, songs are wholly absent from Interrogation, which also made less money than the first two films. But because it also had a much smaller budget, it actually turned out to be the most profitable of Vetrimaaran’s directorial efforts.

However they are marketed – with songs or without, an important marketing in Indian cinema – all three provide thrills and excitement served with a dollop of social or even political engagement that is as bracing and confrontational as the plots are exciting. Vetrimaarans protagonists are simply trying to be good men following the rules, whether these are the rules of the streets of Chennai, of village cockfighting or the rule of law. All are induced by the rule of patriarchal and/or macho authority, from the posturing versus ‘real’ manhood in Ruthless Man to the absolute might of the police in Interrogation But time after time it only gets them in trouble, and in each subsequent film the trouble becomes harder to get out of. Vetrimaaran makes vital Tamil cinema, even if solely focused on men and their role in modern Tamil society. Here’s hoping his currently in the making six-hour gangster epic gets some kind of release in the West.