War, Ennui and the Devil 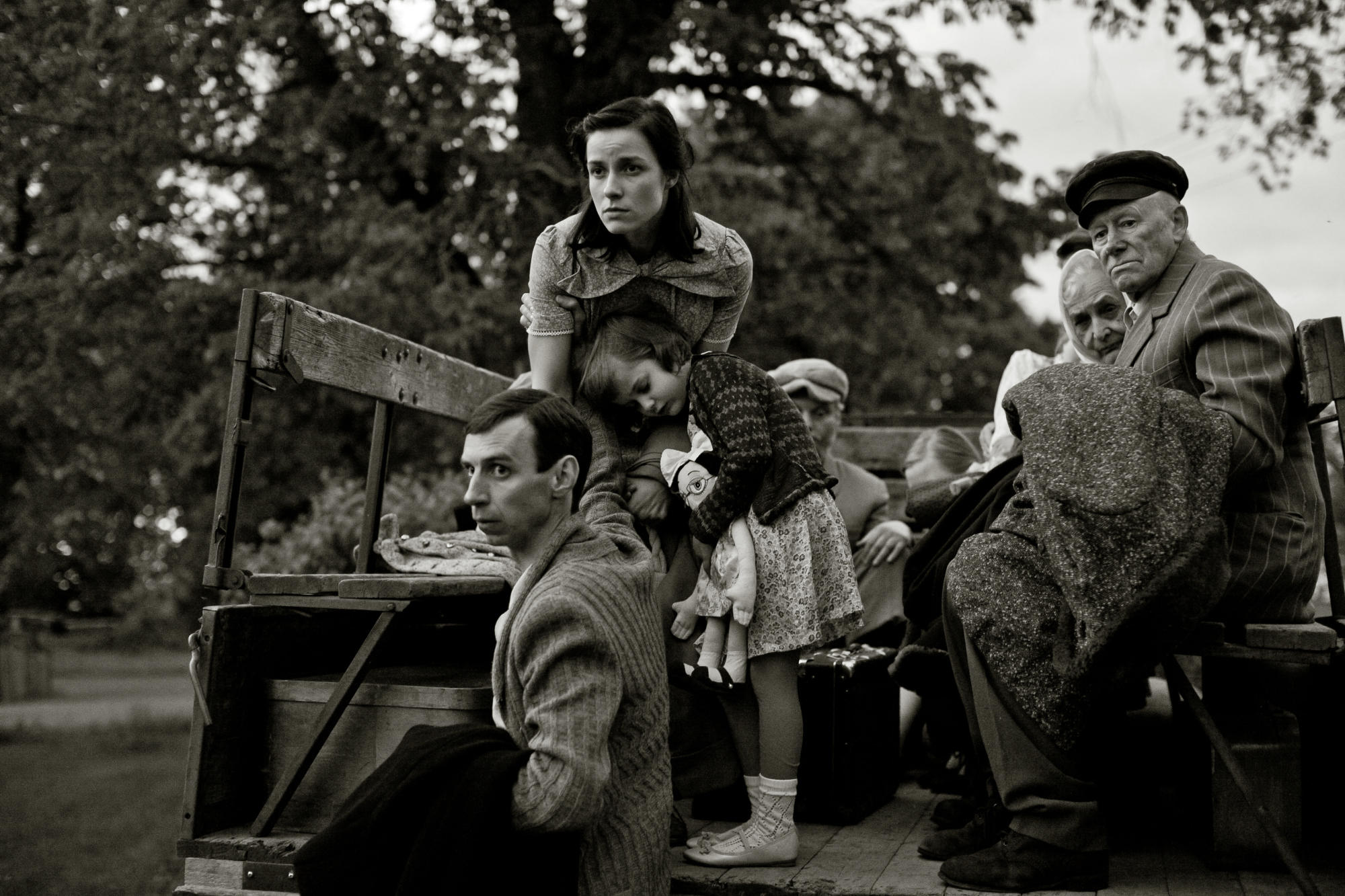 What has Estonian cinema looked like in the past decade? After the fall of the Soviet Union, production plummeted. Financial and material resources dried up. Estonian cinema is still a state-sponsored affair, but the amount of money spent on film and culture is not the same as before – while costs rose enormously at the same time. Only in the late 90s does the emergence of Sulev Keedus with Georgica (1998) raise international awareness of the existence of Estonian cinema again. In the early 2000s, several local productions manage to compete with the Lord of the Rings franchise for the top box office spot of Estonia.

In retrospect, 2007 was a major year for Estonian arthouse cinema: The Class by Ilmar Raag gained international recognition and distribution. It was sent in as the Estonian entry for the Oscars, but was not nominated. Meanwhile, Veiko Õunpuu’s debut feature Autumn Ball premiered at the Venice film festival, where it won the Horizon Award. His next film in 2009, the magnificent The Temptation of St. Tony, garnered him even more praise and was again an unsuccessful submission to the Oscars.

Veiko Õunpuu didn’t manage to carry over the quality and praise into the new decade. His third and least impressive feature, Free Range, was released in 2013 to little acclaim. After two such self-assured films, this feels more like a rambling first feature. An Estonian response Slacker (1991), with the same kind of lethargic energy and sense of pointlessness. There are interesting ideas and arresting imagery, but they never cohere into a larger whole.

The sequence in which the protagonist steals a bus at night and drives it around for a while is magnificent, for instance. Like most scenes in Free Range it feels at a remove from the rest of the scenes and the film as a whole, just like the variety of ideas and thoughts the protagonist spouts from time to time. One could say that all this matches his aimlessness in life, which is supposed to represent an entire generation of young people who were born in a post-Soviet Estonia and rebel against what they see as its bourgeois capitalism, but all that is presented in an utterly tedious fashion that hardly resembles the spellbinding cinema of his previous feature.

In the same year, Estonia finally managed to get that coveted nomination for a Foreign Language Oscar with Tangerines. So, of course it’s a total Oscar film with a pat message about people overcoming prejudices in wartime and learning about the opposing side’s humanity. As such it’s not a bad film, and it does convey that message effectively. Taking place in Georgia, being filmed there by Georgian director Zaza Urushadze and mostly spoken in Russian, one could wonder just how much this is an Estonian film at all, despite two of the protagonists being what’s left of an Estonian enclave in Georgia during the  1992-1993 War in Abkhazia. The film doesn’t hint at the outcome of that war, the ensuing ethnic cleansing or even the resulting state of Abkhazia, which is internationally still seen as part of Georgia despite winning independence. Rather, it deals with two soldiers who, while recovering in the house of an Estonian woodworker (and thus an impartial party in the conflict), have to learn to respect each other and recognise that their respective enemies might not be such bad guys after all. It’s all very… nice.

The next year saw a landmark film of Estonian and world cinema: In The Crosswind by Martti Helde. Who deals with an old World War II story in a novel, creative, artful, and exciting way. By presenting most of the story in vivid tableau vivants, the history comes alive in a whole new way, that is reminiscent of photographs we know from museums yet fully cinematic. As the camera moves through the more or less still images, the images change depending on the perspective of the camera, creating images that are both moving and still at the same time.

Helde based the film on letters by Erna Nagel, a young woman who was deported from Estonia to Siberia in 1941, along with her young daughter Eliide, to work in the snowy forests there by order of Stalin. Meanwhile her husband, Helder, is deported to elsewhere in Siberia, and it’s to him she writes the letters. They are but a small part of tens of thousands of Estonians, Latvians, and Lithuanians who were deported to camps by order of Stalin in 1941, after the Soviet Union took over the Baltic States from Germany. The images of deportation by cattle trains, camps, forced labour and executions are very similar to that of the Holocaust. Presenting them in black & white makes them feel very much a part of history, yet Helde has managed to make them feel important and emotional without resorting to sensationalism.

The combination of the descriptions of conditions and emotions in the letters with the almost still but yet moving images means one is forced to contemplate on what is happening, on what one sees and hears. To think about the horrors visited upon people, that they had to live through, not just as a story told on film but as something that really happened. By combining the immediacy of live action cinema with the documentary feel of wartime photography, Helde forces us think and feel at the same time.

Seeing one person hiding a piece of bread from authorities while hearing about hunger and shortage of bread is dramatically effective and chilling. And something that could’ve not been captured by wartime photographers, while their direct message of horror is evoked through the tableau vivants here. While the transition between scenes and tableaus is so seamless it’s hard to be aware of how much time actually passes in between, reflecting the strange sense of time described in the letters. And then there are moments of true heartbreak stemming simply from the hope in the letters to the husband, including sentences like “I never told you how beautiful your smile is,”, while we’re shown what actually happened to him. Which is all capped off by a hollow speech on how wonderful the new Communist society is and how happy it has made everyone now. Helde evades melodrama with his unique storytelling style, while telling an enormously dramatic and moving story with it that boggles the mind as well as the heart.

Not as effective but still important to include is the 2017 film November. Another Oscar submission that went ignored, because of course it’s far too weird and dark for the Academy Awards. Nevertheless it did get a fair amount of festival buzz and distribution in many countries all over the world. Scout Tafoya already wrote about the film for Frameland quite critically. I appreciated the film a fair bit more, not so much as metal cinema but as a visualisation of Estonian folklore and fairytales. Based on the bestselling novel by Andrus Kivirähk, Rainer Sarnet’s November contains a whole lot of local folklore, some of it going back to the middle ages, some of invented by Kivirähk. It’s a mixture of old pagan beliefs and Christian superstitions, hence the devil and selling one’s soul to him plays a pivotal part, just as much as the kratt, a magical creature humans can create from hay or household items to do their bidding – all they need is three drops of the devil’s blood. It’s those roots in old Estonian mythology, combined with cultural history (the peasants are Estonian, the landowning class that rules over them is German) that makes November uniquely Estonian.

Shot again in stark black and white, which begs the question: is striking black and white imagery something that defines recent Estonian cinema, or simply a requirement for Estonian films to make it abroad (read: in the west) and to be received well in the last ten years? It’s the one trait that unites November, In the Crosswind and The Temptation of St. Tony. While November, In the Crosswind and Tangerines (that other international success story) all take place in the past, a past fraught with conflict and hardship. Of course, it’s silly to draw any conclusions on the past decade of Estonian cinema, based on such a small sample size, even if the country does not produce many films per year. It’s simply not enough to go on. Especially since the films that do make it onto the international festival circuit and subsequently win distribution to play in arthouse cinemas worldwide, are not necessarily films that have received much love or an audience at all at home. The thing we can wonder about, since these are the few recent Estonian films known here: Is focussing on that (historical) hardship the way to make in the West? By showing an Estonia full of pain and bad times? Preferably without colour, to emphasise the drabness of life? It would fit a pattern of mostly misery making it over here from Eastern Europe, not to mention how the funding for cinema in the third world that comes from western countries mostly goes to films that highlight poverty and misfortune.